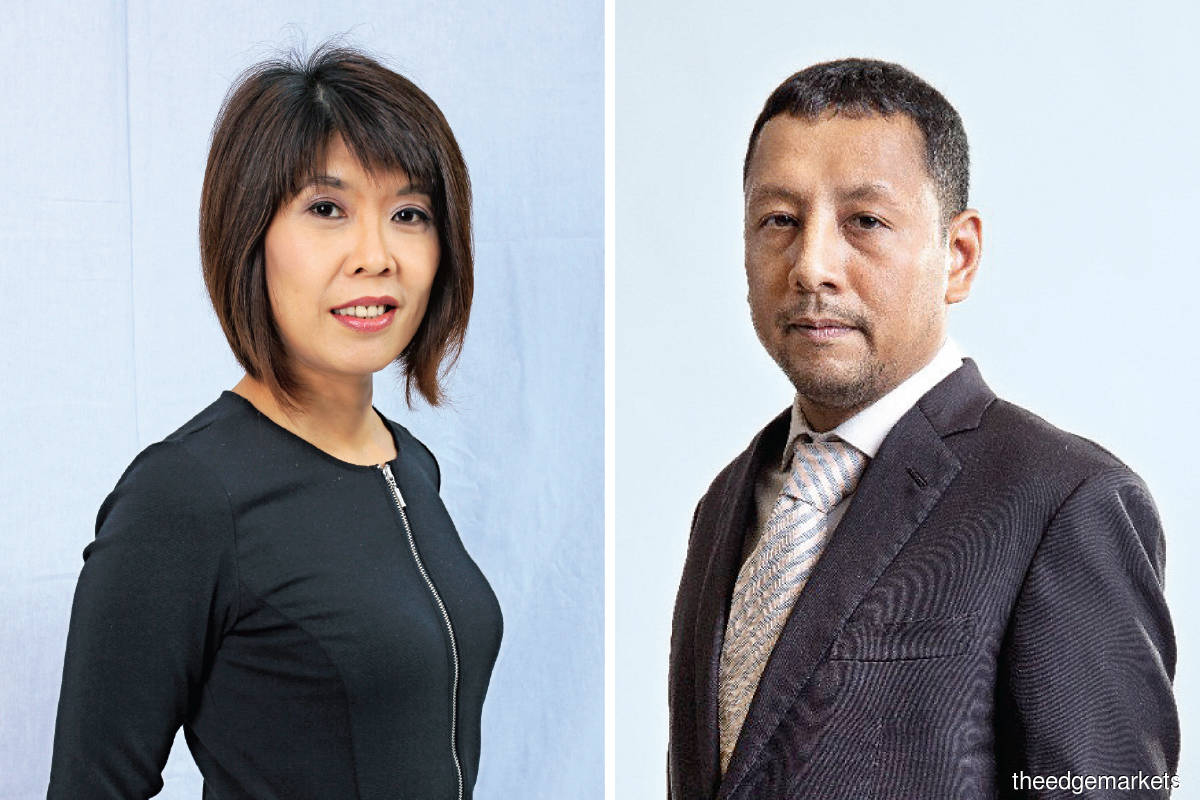 THE vaping industry has become a flourishing business in Malaysia, with a 42% share of the total tobacco market — surpassing that of illicit cigarettes (37%) and legal cigarettes (21%), a study by the Malaysian Vape Chamber of Commerce (MVCC) in December 2020 reveals. But until today, there have not been any specific regulations governing the sale and use of vapes and electronic cigarettes (e-cigarettes).

Vape players have spent years calling for the government to regulate the industry. Yet, sales of vaporiser liquids containing nicotine and e-cigarettes remain illegal at the federal level, although they are openly sold and easily accessible.

JT International Bhd (JTI Malaysia) managing director Khoo Bee Leng says there are currently no regulations in place to check the substances used in vape liquids. “In most countries where vaping is regulated, you have pictorial health warning labels [on the vape products], ingredients [of the vape liquids] declared and the products will have gone through testing,” she said at a virtual media briefing last week.

She cited the use of diacetyl, a compound that gives a buttery flavour to vape liquids but is harmful to the body. “Diacetyl has been banned as an ingredient for vape liquids in Europe and the US. But because vape products are being brought into Malaysia illegally, mainly from China, we don’t know what substances are contained in them.”

That’s not all. The increased use of vape and e-cigarette products among minors is becoming an issue for the industry, says Tengku Aslahuddin Ja’afar, president of the Vape Consumer Association of Malaysia (VCAM).

“VCAM is firmly opposed to any form of vape use by underaged consumers, whether or not they contain nicotine. However, this concern has made it tempting for policymakers to take the easy route of ignoring the problem or banning nicotine vapes. Regulations can help ensure that nicotine vape products are only sold to adult consumers in a safe and legal manner,” he tells The Edge in an email interview.

“Promoting accurate information sharing by the authorities and regulating nicotine vapes is crucial to ensure proper usage, so that there is better awareness of vaping as a smoking cessation tool. Smokers, who are already buying nicotine vapes to help them stop smoking, can be assured of product safety when quality standards are implemented. Right now, consumers buying nicotine vapes have no choice but to purchase from the black market and the risks are real,” he adds.

“Establishing an age limit for vape purchases will also make it clear to retailers and the public that vape products are not for use by minors. Through proper regulations, suppliers and retailers can commit to a more active role in preventing vape usage among minors through streamlined and detailed guidelines.” Major tobacco players such as British American Tobacco (Malaysia) Bhd (BAT Malaysia) and JTI Malaysia have also been pushing for the government to legalise the vaping industry as they gradually move out of the conventional cigarette business.

In 2018, Philip Morris (Malaysia) Sdn Bhd became the first of the three big tobacco companies to introduce a reduced-risk product (RRP) here with its heat-not-burn (HNB) tobacco device called IQOS. It is understood that BAT Malaysia and JTI Malaysia have yet to bring any RRP products to the market while awaiting regulations that will govern these new products to be made clear.

On May 31, BAT Malaysia managing director Jonathan Reed, in announcing the company’s first-quarter results, said the company fully supports the establishment of an appropriate regulatory framework for nicotine vaping to ensure consumers have access to regulated and taxed products. “Over one million Malaysian vapers are currently accessing products of unknown safety and quality standards,” he added.

“These supposed reduced-harm products, in the form of e-cigarettes and vaporisers, are currently technically illegal in Malaysia, hence preventing BAT Malaysia from distributing them in the Malaysian market. We believe once they are legalised, vapes can help BAT Malaysia chart a new sales growth cycle and reinforce its long-term sustainability,” CGS-CIMB Research analyst Kamarul Anwar Kamaruddin says in a July 19 report.

Khoo says JTI has launched HNB product Ploom and vape product Logic in countries such as Japan, South Korea, Europe and the US. “In Malaysia, it is about choosing the right product at the right time. I would say, ‘Stay tuned.’”

Khoo believes it is taking longer for Malaysia to regulate the vaping industry because it is a new segment of the tobacco business. “It is a complicated process. It [involves] various substances that you use in vape liquids. So I think the government is probably studying other markets on how to regulate the industry. You also need to have systems and processes in place to test the products, as well as monitor and enforce [the regulations].”

VCAM’s Aslahuddin points to MVCC’s study, which shows that the vape market currently has more than 3,300 businesses related directly to the industry and employs over 15,000 workers. Major vape vendors, distributors and suppliers in the country include NCIG, RELX, Vape Empire and The Vape 69. “The vape industry has grown significantly since its inception in Malaysia in 2011. The industry is currently worth an estimated RM2.27 billion and according to a study conducted by Grand View Research Inc, the global vaping market size is projected to reach US$67.31 billion (RM279.10 billion) by 2027 — registering a revenue compound annual growth rate (CAGR) of 23.8% from 2020 to 2027. Domestically, we are experiencing a CAGR of 44%, according to MVCC,” he says.

As for users, there are currently more than 1.12 million vapers in Malaysia, as reported in the National Health and Morbidity Survey 2019 conducted by the Ministry of Health. “The growth momentum is expected to continue as more smokers switch to vape products in the years ahead,” says Aslahuddin.

Aslahuddin believes legalising and regulating the vaping industry will also unlock a much-needed tax revenue stream for the country. “At RM2.27 billion, the vaping industry in Malaysia is too substantial to remain unregulated. It is in the best interests of the nation to quickly roll out proper regulations to benefit the Malaysian economy. Since its inception, it has already facilitated the growth of entrepreneurs, many of which are local businesses.”

He notes that counterfeit vape devices have already become a bane in the industry. “Devices that are not regulated can easily use poor quality electronics that may be harmful to consumers, such as faulty or used batteries.

“Today, counterfeit vape juices can be easily found on the market. Even though nicotine vape juices are currently illegal, vape juices containing nicotine are common but do not have the proper dosage of nicotine as indicated on their labels. This is a predicament experienced by many other industries and is not unique to the vaping industry.”

“According to Nielsen’s illicit cigarettes study, illicit cigarettes comprised 64% or two-thirds of total consumption last year. The figure gets worse if you include vape liquids, which are basically illicit in Malaysia because they contain nicotine — we are talking about 79% of the market being illicit,” she points out.

“This means eight out of 10 products [sold or consumed] in Malaysia are illicit. This is really a very serious [problem].

“The government must look into taxing all liquids used for vaping that are sold in Malaysia as a source of additional revenue. At the moment, this growing category is not taxed, which enables it to be even sold at prices below that of illicit cigarettes, thus eroding the recovery of the legal cigarette industry’s volumes,” she adds. According to JTI Malaysia, a 20-stick pack of legal cigarettes now retails at between RM12 and RM17.40, while illicit brands go for RM3 to RM6 per pack. Vape liquids cost between 50 sen and RM4.80 per millilitre.

“If you look at the current excise tax levied on the respective nicotine products, the disparity is huge. For example, the tax on a pack of legal cigarettes is RM8. This means for the cheapest pack of cigarettes (RM12), 67% of the price goes to excise tax. And we haven’t added the Sales and Services Tax yet, which is another RM1,” says Khoo.

“HNB products such as IQOS are taxed at RM4 per pack, while vape liquids without nicotine are taxed at 40 sen per millilitre — 20 times less than legal cigarettes,” she adds.

“Taking the current excise duty of 40 sen per millilitre on non-nicotine vape liquids, which we think is inappropriate, the 12.5 million sticks equivalent could see the government stand to gain about RM200 million to RM250 million in tax revenue. But, if it [the tax] is closer to RM8, then the government would stand to gain about RM5 billion — more than what legal cigarettes contribute annually,” says JTI Malaysia corporate affairs director Shaiful Bahari Mahpar.

In January, the government imposed a 10% excise duty on all cigarette devices, both electronic and non-electronic. In addition, an excise duty of 40 sen per millilitre of vape liquid was imposed.

Aslahuddin points out that the taxation framework, however, only covers vape devices and non-nicotine vape liquids, which make up a small segment of the overall vape market. “It does not cover vape liquids with nicotine. As it stands, the government has potential revenue of more than RM300 million if it introduces a more comprehensive set of regulations.

“The lucrative vaping industry will only continue to grow as the number of players in the industry is increasing. By legalising and passing laws to regulate vape products, the authorities can start ensuring these vape shops and producers are appropriately certified, to ensure consumers are protected.”