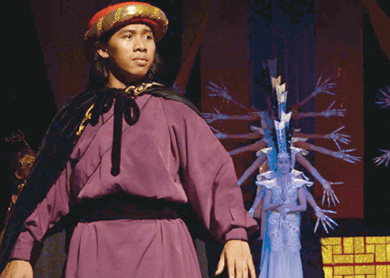 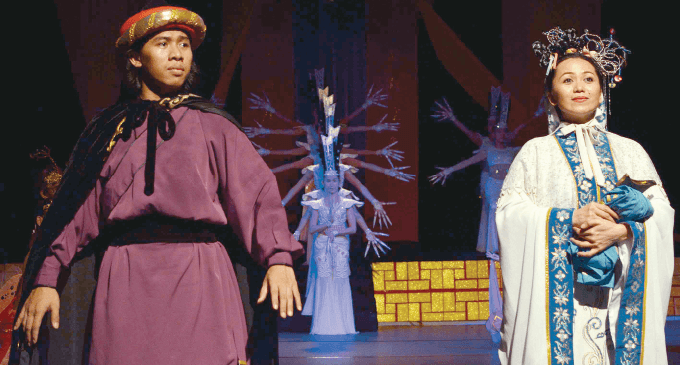 “In the last few years, Aswara has become famous for its Malay and Indian dance repertoires, and we have received support and recognition from the entire industry for it. But our Chinese repertoire has been sorely lacking, and it has taken us a while to collect enough pieces to stage a full-length show. What we thought would be the best way to present all these dance styles is in the format of a story, which makes it easier for people to understand,” says Aswara’s charismatic head of dance Dr Joseph Gonzales. 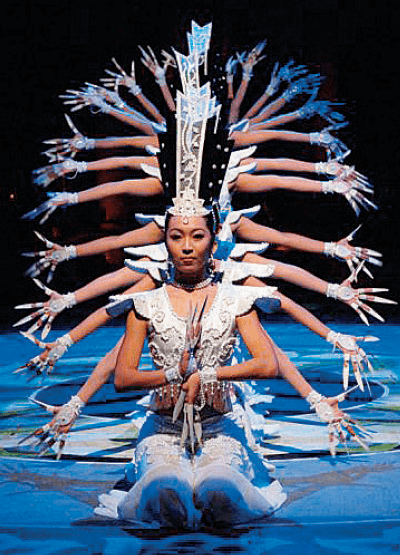 Historical fact is deeply conflicted regarding the reality and existence of Hang Li Po, as she is markedly missing from Ming dynasty records. As such, when coming up with the idea for the show, the idea of spinning a story around this character appealed to the whole team. In that way, the production plays up this ambiguity by creating an interesting, fun and appealing piece of dance theatre instead of merely revisiting history. “That is why the tag line of our show is ‘not based on a true story’ — we wanted to be very clear that we were being playful and whimsical with a character that wasn’t real,” Gonzales says.

Aswara’s version of the story begins In Malacca as Hang Li Po pines for her father’s company at the annual Spring Festival in Beijing. Moved by his wife’s homesickness, the Sultan agrees to bring her with him to China to assuage her distress. So he may learn more about China and understand the world his wife comes from, he decides to dress like a regular citizen with none of the finery normally worn by royalty.

The hustle and bustle of China is of great interest to the Sultan and his wife, and a scene by the harbour beautifully showcases this setting — farmers selling fresh produce, traders peddling wares from all over China while travellers from Xinjiang, Mongolia and other provinces use this as a meeting point. Although the Sultan instructs his soldiers to keep Hang Li Po safe, they are no match for the Prince of Mongolia — he finds the Malaccan princess irresistible, and in the losing battle for his bride the Sultan, bereft of the attire that would allude to his royal identity, is branded a public nuisance.

Hang Li Po, who gets hopelessly lost during the fracas at the harbour, soon finds herself by a tranquil lake. As she pauses to rest at a nearby temple, where she prays to be reunited with her beloved husband, she falls into the lake and is saved by a school of fish and the Mongolian prince. Upon discovering who she is, he promises to reunite her with the Sultan. 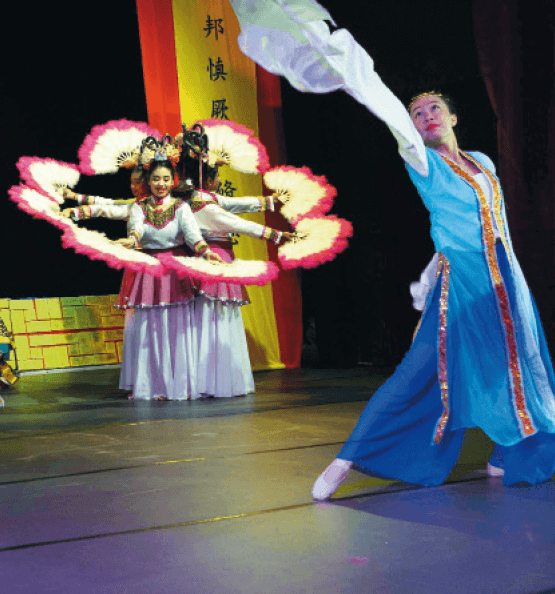 Hang Li Po incorporates both folk and classical dance forms. This includes “dongbei yangge”, Chinese folk dances that originate from the life of the peasants, workers and soldiers that incorporate props like fans, drums, lanterns and sticks, as well as dance styles from Mongolia and Tibet. Dancers will be clad in authentic and stunningly beautiful costumes.

“What is most interesting is that this is a completely student-driven production — they have handled everything from managing rehearsal schedules to costumes to stage management,” Gonzales shares. “The teaching faculty has provided tutoring with the dance itself, but the rest of the work has been done by the students, primarily from the dance, theatre and management faculties.”

The staging of Hang Li Po is not just a remarkable effort by the students of Aswara, but a great way to encourage a spirit of inclusivity both among performers and audiences alike. It also engenders an understanding and appreciation of other cultures and artistic traditions. Surely this is something sorely needed in this day and age, as increasingly insular societies need to be re-inspired by a sense of community — as an industry, the performing arts is exquisitely qualified to achieve this objective.