Reddit’s Ellen Pao can only blame herself 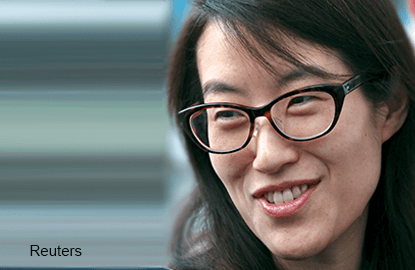 THOSE who weren’t following the news from Greece may have noticed that Ellen Pao resigned from Reddit Inc, after recent management decisions sparked a user revolt. This has been brewing, but the proximate cause was the firing of a popular employee who worked with Reddit moderators. The moderators responded by shutting down a number of popular subreddits, including the well-known ask-me-anything forums. A very popular petition was launched, demanding her ouster. And on July 10, Reddit capitulated.

The reactions that I’ve seen from most quarters have focused on political and cultural aspects. The seeds of revolution seem to have been planted when Reddit, under Pao, banned five unsavoury subreddits focused on such delightful topics as shaming fat people and making racist comments. Naturally, this quickly escalated from a management decision about harassment to titanic culture war battle that achieved even greater scale because Pao recently lost a sexual discrimination lawsuit against Kleiner Perkins, in which she said she was treated as a second-class citizen, and they said she wasn’t very good at her job.

Since those aspects have been well covered, I’d like to focus on something that hasn’t been as well explored: the poor job Pao did running Reddit.

I don’t say that lightly. I’m usually the first one to throw shade when writers who have never managed any project larger than getting themselves to back-to-back press conferences in different parts of town start proclaiming that they know exactly what a chief executive officer (CEO) should have done. My general feeling is that these people should go spend three months as the manager of a marginally profitable Chik-fil-A franchise, and report back on how easy it is to run a business.

Also — perhaps because of my extensive experience as a woman writing about business and politics — I am convinced that women have a handicap when they’re doing a traditionally “male” job. They are resented by both men and women for stating firm opinions and refusing to back down. Their competence is more quickly questioned. They seem to attract wildly disproportionate anger, compared with men who say and do the same things. And indeed, during her time at Reddit, Pao seemed to have endured the same sort of abuse that us ladies on the Internet are used to getting when we make people mad. So, I am inclined towards sympathy.

Yet, it is also true that under her brief leadership, Reddit seemed to have careened from disaster to disaster, and not just because Pao’s a woman and people watch female CEOs more closely.

Now, I understand that Reddit has a difficult problem to solve. On the one hand, if you let people say anything, they will use that freedom to say a lot of awful stuff, with which no company really wants to be associated. On the other hand, Reddit has only one asset: its user base. People are a fragile asset, because what with the 13th amendment, you are always in danger that your asset will decide to pick up and go somewhere else. Having built its user base on the promise that Reddit is the place where no one would interfere with you being you, even if you happen to be a gigantic jerk whose greatest pleasure in life is saying ugly, offensive things about other people, Reddit is in a poor place to declare that all that free expression would no longer be tolerated quite so freely. Any CEO who tried to clamp down on the racism, fat shaming, harassment and so forth would have faced a real risk that the user base would suddenly decamp, leaving them with a lot of archives and no ongoing business proposition.

That doesn’t mean that Reddit is wrong to try to clean things up. I love free speech, and yet that does not mean I feel obligated to invest my labour in providing a forum for making fun of the overweight, much less gleefully celebrating racism or other “isms”. Reddit certainly had a perfect right to shut down these forums — possibly had a moral obligation to do so — and might even have a strong case that this is the best thing for the future of the business.

And yet the way that the company did this under Pao’s leadership seemed ... well, did I say “arbitrary” and “ham-fisted” yet? They chose five subreddits, while leaving lots of other also-very-offensive-and-possibly-even-more-so threads. They explained that this was because of harassment, not because the threads themselves were offensive, but did a very poor job of explaining what counts as harassment in a social media world, where harassing strangers is practically the killer app for every platform. In the comments to the thread that announced the ban, at least one user pointed to a harassing subreddit that seemed to still be up.

If you want to take a serious stand against harassment, or offensiveness, the way to do it is not to pick the five that got the most complaints and knock them off — it’s to develop site-wide standards that are, insofar as possible, objectively outlined and don’t map onto obvious political categories. Then, you announce that there’s a new sheriff in town, and put someone in charge of rooting out the offending behaviour everywhere, publicising the new regime as loud and long as possible. Then, after users have had a little while to adjust, and go through some pointed iterations of “knock it off, I’m serious, the ban-hammer cometh” .... well, then you can start banning stuff. Note that this is very far from the way it was actually done. Anyone who has spent any time working on the Internet should be able to figure this out. I’m pretty sure that I could have figured this out — because I did, way back in 2002, when I became the CEO of policing my own comment threads.

I can only speculate why Reddit opted for a rather quiet sortie rather than a high-publicity blitzkrieg, and my best guess is that it somehow hoped that folks won’t notice, or get upset, if Reddit went about things without making a big fuss. Internet newbie mistake number two: Nothing is ever quiet, or unnoticed, on the Web, especially on social media. — Bloomberg View