Red Sena still on the hunt for asset to acquire 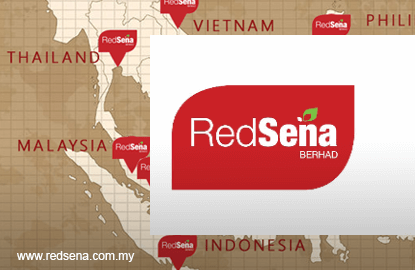 The food and beverage (F&B) special purpose acquisition company (SPAC) has up to December 2018 to complete its QA.

Yoong said the SPAC has identified as many as 50 potential F&B companies so far and the board is confident of securing a QA within the next 12 months.

"Although the company is focused on (seeking its QA in) the Malaysian market, we also view Vietnam as an attractive destination due to its high growth potential (in the F&B sector)," he told reporters after the group's annual general meeting (AGM) today.

Yoong said F&B companies in Thailand and Indonesia are also viewed as acquisition targets while the group has yet to approach companies in the Philippines.

As the general F&B sector has seen profits peak in 2015 and 2016, there is likely to be more willing sellers looking to divest their stakes in companies, he added.

"Until a conditional sale and purchase agreement has been signed, we cannot disclose anything," Yoong said, adding that Red Sena has signed a number of non-disclosure agreements with a few parties already.

He noted that Red Sena's target acquisitions should generate a net profit of more than RM10 million per year.