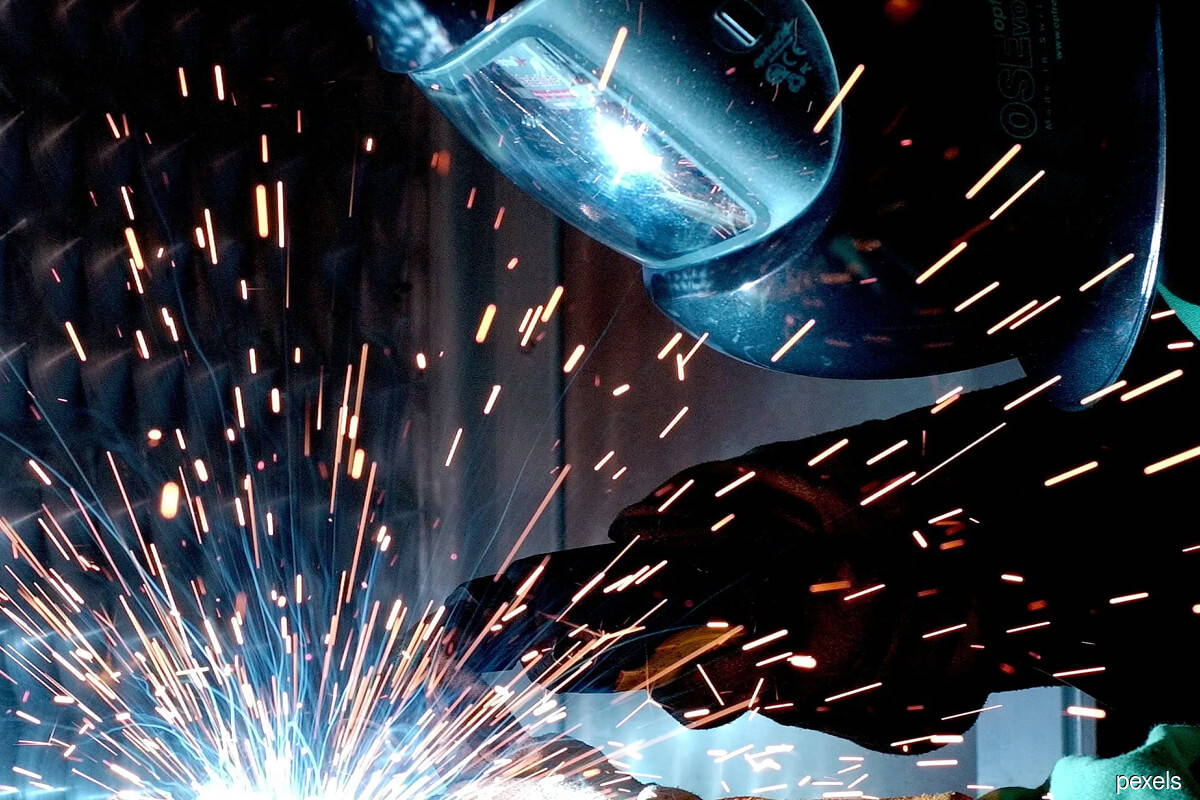 KUALA LUMPUR (Feb 1): Businesses signalled that the recovery in the Malaysian manufacturing sector was hindered at the start of 2021 by rising coronavirus disease 2019 (Covid-19) case numbers and stricter restrictions to try and curb the further spread of the virus.

According to IHS Markit, both output and new orders were scaled back in January as the pandemic undermined demand, while export sales also lost further momentum as some external markets also battled a resurgence in infections. International restrictions introduced to slow the spread of Covid-19 presented significant disruptions to supply chains, as manufacturers reported difficulties sourcing and receiving inputs.

The latest reading signalled a marginal deterioration in the health of the sector, although one that was significantly softer than seen at the height of the pandemic.

IHS Markit said the historical relationship between the PMI and official statistics suggests that gross domestic product (GDP) was trending towards broad stabilisation, though manufacturing output stagnated as the renewed rise in Covid-19 cases resulted in the introduction of tighter restrictions in both domestic and key international markets.

It said both production levels and new orders were scaled back in January, although to lesser extents than seen in December. Manufacturers commonly reported that the pandemic had dampened demand and confidence, while new restrictions had caused output and sales to be scaled back.

IHS Markit said at the same time, new export orders saw a further moderation in January, and to a greater extent than total new business as disruption in international markets strengthened as infections rose.

Malaysian manufacturers recorded a stabilisation in backlogs of work in the latest survey period following 28 months of depletion, indicating that pressure was building on existing capacity.

However, anecdotal evidence suggested additional pressure was due to a lack of manpower to fulfil orders due to the pandemic.

In fact, firms signalled that employment levels dipped slightly in January, following a near-stabilisation in December.

A global shortage of containers was also seen to have exacerbated shipping delays.

Therefore, stocks of both pre- and post-production inventories were depleted further during January.

It said difficulties in sourcing and receiving items contributed to a sharp increase in input costs, with the pace of inflation the quickest since May 2017.

As firms partially passed rising costs on to clients, output prices rose further in January, increasing at the fastest pace since April 2018.

IHS Markit said despite new lockdowns around the world and supply delays, manufacturers remained confident that output will increase over the coming 12 months, citing hopes that the end of the pandemic would induce a recovery in domestic and external markets.

That said, optimism was the softest seen for five months as worries about the impact of the pandemic intensified again during the month, in part due to concerns over recoveries being hindered by new variants of the virus.

IHS Markit chief business economist Chris Williamson said renewed efforts to contain the Covid-19 pandemic both at home and around the world have not surprisingly taken a further toll on the manufacturing sector.

He said not only is demand coming under further pressure, notably in consumer-facing markets, but supply chains are being disrupted by the restrictions caused by the pandemic.

“Global demand is exceeding supply for many key inputs as suppliers struggle to boost capacity, with delays exacerbated by a lack of global shipping capacity.

“Hopes of a swift recovery also took a step back in January, linked in part to concerns over new variants of the coronavirus, pushing business optimism back to its lowest since last August.

“More encouragingly, optimists continue to exceed pessimists, and the global vaccine roll-out continues to provide a powerful boost to prospects for many companies,” he said.