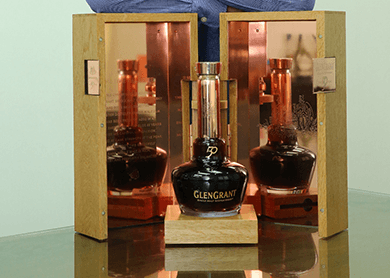 WHISKY is quickly becoming an alternative investment. According to a CNN report in November last year, the value of top quality single malts has increased more than 660% in the last six years. And prices are expected to keep climbing, collectors say. 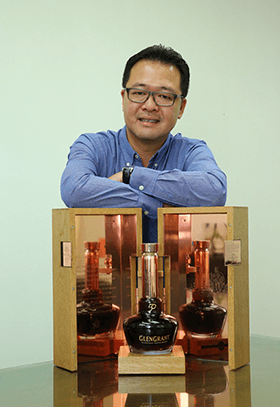 Whisky is a distilled alcoholic beverage produced from fermented grain mash, such as barley, corn, rye and wheat. It is typically aged in wooden oak casks before being bottled and sold. Single malt whiskies are made at a single distillery from a mash of only malted grain, while blended whiskies are produced from a blend of different single malt and grain whiskies.

While the average off-the-shelf whisky is sold purely for consumption, rare bottles and special editions are highly sought after by collectors as valuable investments. Older whiskies — those that have been aged for a longer period in their wooden casks — as a rule tend to be costlier, owing to their rarity. Some whiskies have been aged for as long as 70 years.

Age isn’t the only determinant of a whisky’s quality, though. It should also have a woody flavour, acquired from the cask it was stored in. However, whiskies can be aged for too long and become very bitter as a result.

The record for most expensive whisky is currently held by a bottle of Macallan M scotch, which sold for US$628,205 (RM2.3 million) in January 2014 at a Sotheby’s auction in Hong Kong. The previous world record was US$460,000 for a 64-year-old Macallan whisky, sold at an auction by Sotheby’s New York.

Jarrod Chek, head of sales at liquor distributor Sunrise Wines & Spirits Sdn Bhd, has seen the prices of 25-year-old single malt whiskies appreciate 100% since 2003. While it is the distillers who set benchmark prices when releasing the bottles, market forces and marketing campaigns, which create hype and speculation, push prices even higher.

“The history of the company also makes a difference, as well as the background of the product. People like companies that are family owned or smaller boutique distilleries,” he says.

Chek started working in the alcoholic beverage industry in 1996 and acquired his knowledge in whiskies and wines through his work experience and workshops. While he started out as a wine collector, he is beginning to amass his whisky portfolio today, and names several benefits of investing in whisky over wine.

“Wine takes about three years to age and a wine barrel can produce about 800 bottles, factoring in its evaporation volume, which is about 10% of the barrel,” he says.

“Comparatively, while normal whisky is aged in 400 to 600-litre barrels for a few years, whisky with the potential to age 25 years and above is transferred to smaller casks or barrels of 200 to 250 litres. When less whisky content has more contact with the cask, it allows for a more intense flavour to be extracted from the wood. Over the 25 years or more of ageing, usually 50% of the whisky evaporates.”

A smaller supply of whisky increases its investment value. After the evaporation over the years, roughly 125 litres of whisky will be left. For a standard bottle size of 70 centilitres, this gives only about 178 bottles of whisky.

Storing whisky is also easier for collectors. Wine requires an ideal storage temperature, according to Chek, and the environment cannot be too humid. “But whisky is not as sensitive as wine. It just needs to be in a cool area.”

Another attractive quality of whisky is its ability to last longer. Unlike an uncorked bottle of wine, which is perishable, whiskies stop ageing once they are bottled and can be opened and consumed over several months or even years.

This article first appeared in Personal Wealth, The Edge Malaysia Weekly, on May 4 - 10, 2015.