Ready or not, 5G is coming 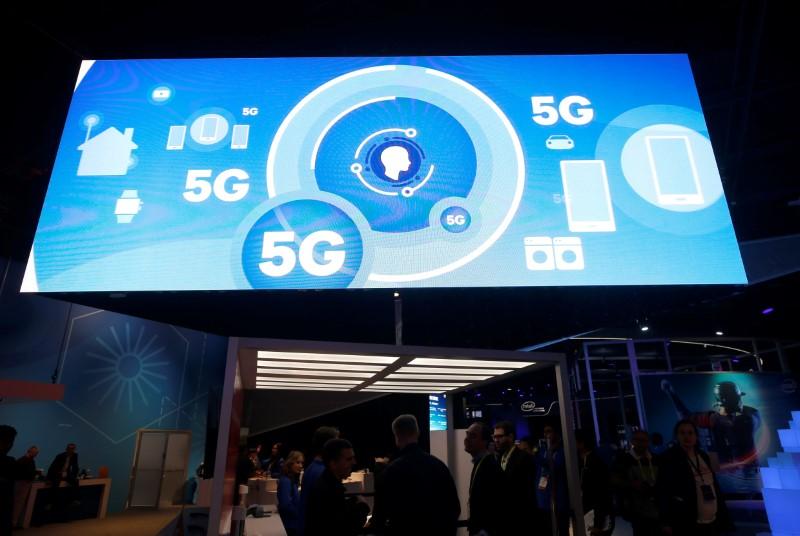 KUALA LUMPUR (Dec 24): Malaysia is determined to migrate to the 5G network next year, rolling out massive 5G project demonstrations nationwide, making the country among the first in Asia to deploy the technology.

Industry players are in agreement with the Government’s ambitious and pragmatic approach, providing unwavering support and investments — proving the industry’s commitment towards establishing a strong, viable use for 5G applications that would transform various industries as well as improve living standards among Malaysians.

In September, the Malaysian Communications and Multimedia Commission (MCMC) chairman Al-Ishsal Ishak announced that eight companies have committed to an initial investment of RM116 million for 5G demonstration projects from October 2019 to March 2020.

The Government further cemented its aspirations to grow Malaysia’s digital ecosystem with the introduction of the RM50 million 5G Ecosystem Development grant under the 2020 Budget to encourage technological innovation in the country.

The NFCP aims to bridge the urban-rural digital divide as service providers are generally reluctant to invest in telecommunications infrastructure in rural areas, as such ventures could be expensive due to challenges such as irregular terrain and dispersed settlements.

As such, the MCMC had set up the Universal Service Provision (USP) Fund which aims to bridge the digital divide by providing collective and individual access to basic telephony and Internet services throughout the country.

The USP acts as a mechanism for channelling private sector investments into unprofitable rural areas, and the initiatives can only be implemented in underserved areas and underserved groups within the community.

5G services from the second half of 2020

According to Maybank IB Research, 5G deployment is progressing according to plan, with details on spectrum awards and the deployment model expected to be announced by January 2020.

“The regulator is maintaining its target for 5G to be deployed from the second half of next year onwards, meaning 5G capital expenditure risk could begin to feature in 2020, instead of 2021.

“We expect the risk to be relatively manageable, given the likelihood for increased infrastructure sharing,” it said.

Celcom Axiata Bhd and Maxis Bhd have signed a Memorandum of Understanding to explore a potential partnership which focuses on the joint deployment of 5G infrastructure to cover selected areas.

Celcom chief executive officer Idham Nawawi said the potential collaboration would pave the way for the delivery of a world-class 5G network, on top of its existing 4G and 3G/2G networks.

He said collaboration between telecommunication companies would be the way forward for the industry in order to explore a more coordinated 5G deployment in Malaysia.

Huawei Technologies Malaysia is also playing a proactive role in this scene, collaborating with local telcos such as U Mobile Sdn Bhd and Maxis Bhd for the provisioning of the 5G service network in Malaysia.

According to Ambank Research analyst, Alex Goh, the NFCP rollout could cost RM21.6 billion — up to 60 percent of which might be financed by the MCMC's USP fund which currently stands at RM8 billion.

One of NFCP’s targets is to achieve an entry-level package amounting to one per cent of gross national income.

“Hence, the Government may be looking at further broadband price cuts next year, which will negatively impact the average revenue per user (ARPU) trajectory of broadband network owners such as TM and Time dotCom,” he said.

The research firm has maintained its “neutral” outlook on the telecommunications sector, given the escalating NFCP and 5G capital expenditure requirements against the backdrop of government-targeted fiberised ARPU reductions.

Ambank Research said it is cautious about the possibilities of higher-than-expected increase in operating and capital cost requirements, as operators need to further upgrade their network infrastructure for 5G rollouts,

However, its call on the sector could be upgraded on renewed consolidation prospects among the current six main cellular operators.

The consolidation could lead to a moderation in mobile price competition, indefinite suspension of the MCMC’s plans to reduce broadband prices next year and significant contraction in operating costs from increased infrastructure sharing arrangements amongst operators.

The fallout of a mega telco merger

For the year just ended, a union which could have created a global champion of the telco industry suddenly vanished after Axiata Group Bhd and Norway's Telenor SA called off the proposed merger early September.

Both parties had mutually agreed to end discussions over a non-cash combination of their telecom and infrastructure assets in Asia.

On May 6, Axiata announced on Bursa Malaysia that the two telco giants were set to create a new global champion through a proposed plan to combine their Asian operations under a new merged global entity (MergedCo), with Telenor holding 56.5 percent ownership and 43.5 percent by Axiata.

Overall, the MergedCo was anticipated to have proforma revenue of more than RM50 billion and earnings before interest, taxes, depreciation and amortisation of more than RM20 billion.