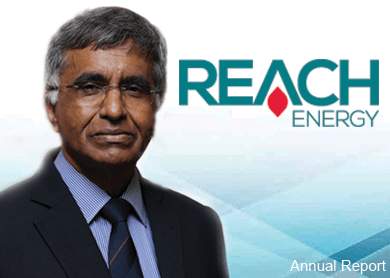 SHAH ALAM (Jan 29): Reach Energy Bhd, which is optimistic of completing its qualifying acquisition (QA) this year, has shortlisted up to 10 potential targets in the oil and gas (O&G) sector.

"We are looking at matured oilfield in known region," he told reporters after the company's annual general meeting here today.

Nonetheless, Shahul Hamid said Reach Energy was open to other opportunities outside the region if the offer was attractive. The SPAC was listed in August last year and it has three-years to complete its QA.

He agreed with consensus that lower crude oil prices would present more opportunities for SPACs to acquire assets.

"Asset owners with smaller assets may find it difficult to finance their activities or service their loans (at this point of time)," he said.

On oil prices, Shahul Hamid said prices would gradually rebound to US$70 to US$90 per barrel,
on the believe that the recent slump was short term.

He said the price range represented a benchmark against which, Reach Energy's acquistions would be assessed.

"That is the kind of price scenario we intend to use in our evaluation of the potential acquisitions. It will take a bit of time to go back to US$100 per barrel but it won't plummet to US$10 a barrel," he said.

Reuters reported that oil remained weak in Asia on Thursday after data showing record U.S. stockpiles sent prices tumbling to the lowest level in nearly six years in the previous session and analysts said a global glut would continue to keep the market under pressure.

At 12:30pm, Reach Energy shares settled flat at 62.5 sen for a market capitalisation of RM798.6 million. This compared to its initial public offering price of 75 sen.