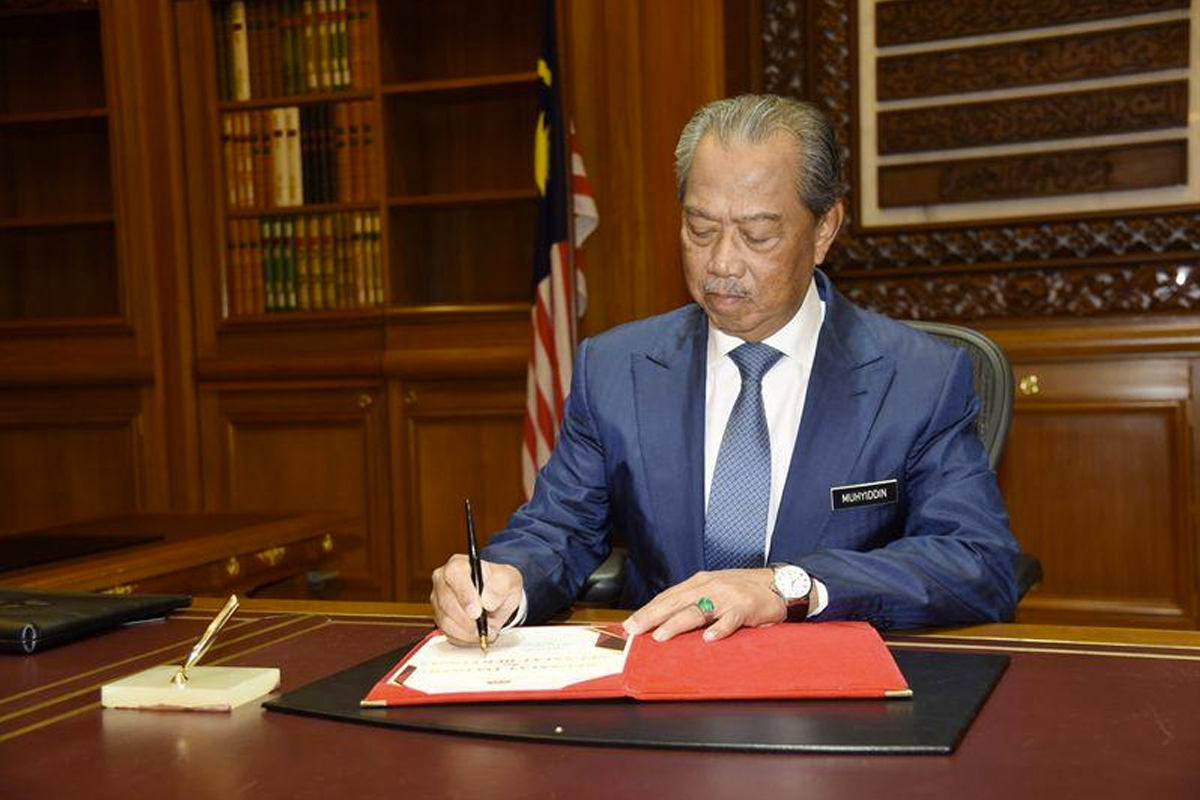 The prime minister, in his intervention at the 17th ASEAN-India Summit Thursday, expressed his appreciation for India’s active participation and valuable contributions in the RCEP negotiations and forming the RCEP Agreement.

India opted out from the RCEP negotiations in November 2019. With that, the RCEP, which is scheduled to be signed on the last day of the 37th ASEAN Summit and related meetings this Sunday, will include the 10 Member States of ASEAN as well as Australia, China, Japan, South Korea, and New Zealand.

Muhyiddin noted that Malaysia and ASEAN view India as an important and strategic partner and that trade between ASEAN and India has increased tremendously over the years.

He said in 2019, India was the sixth largest trading partner among ASEAN Dialogue Partners with total merchandise trade reaching US$77 billion.

"This partnership augurs well in the pursuit of ASEAN’s economic development initiatives and also in the evolving economic architecture in Asia. In this context, both sides must redouble the efforts to exploit greater potential that exists in trade and other economic relations," he said at the summit, held within the 37th ASEAN Summit and related meetings.

The relationship was further elevated with the convening of the ASEAN-India Summit in 2002 in Phnom Penh, Cambodia.

Meanwhile, Muhyiddin said he is pleased that officials from both sides have agreed on the way forward for the review of the ASEAN-India Trade in Goods Agreement (AITIGA).

Malaysia, he said, looks forward to the review to make AITIGA more user-friendly, simple, and trade facilitative for businesses.

Malaysia strongly believes that the review is important to ensure AITIGA remains relevant and ensure further improvements on trade relations and enhancing the supply chain for the prosperity of both ASEAN and India, he said.

The prime minister said he hoped all sides refrain from imposing unnecessary and increasing protectionist measures that may impair the difficulties and challenges due to the Covid-19 pandemic.

"Both ASEAN and India must work together to ensure that our borders remain open and trade procedures are more facilitative," he said.

Muhyiddin also highlighted the importance of adopting digital solutions in (economic) recovery efforts by seizing opportunities provided by digital transformation such as e-Commerce and the Fourth Industrial Revolution.

"Malaysia believes that digital transformation will help us "futureproof" the economic growth of our region. Therefore, ASEAN and India must accelerate digitalisation and business reform to tackle these new challenges particularly to achieve sustainable growth as well as for the business to stay afloat," he said.

The prime minister is leading the Malaysian delegation at the biannual summit virtually from here (Kuala Lumpur) which run till Sunday.

The summit is chaired by Vietnam Prime Minister Nguyen Xuan Phuc in his capacity as ASEAN Chair 2020 under the theme “Cohesive and Responsive ASEAN."