Rawang: A place of many firsts 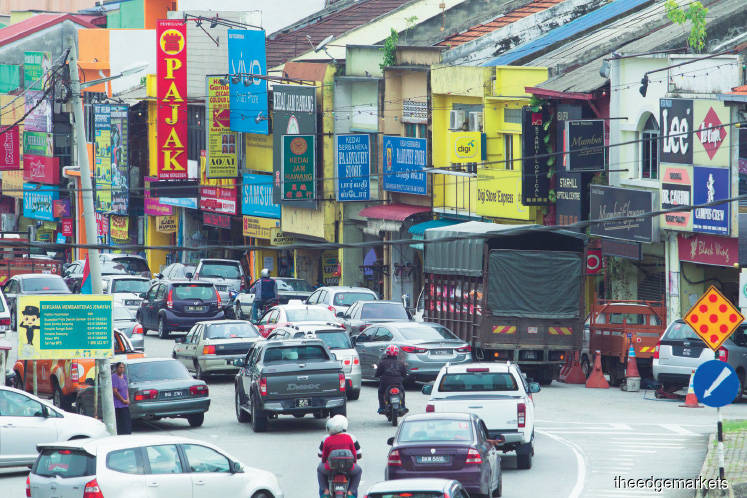 The workforce of the industrial market [in Rawang] drives the residential demand.” — Foo One of the earliest satellite towns in Kuala Lumpur, Rawang was established in a tin mining area in 1825. In the 1950s, the British came up with rubber estates there and then, in the 1970s, private companies started oil palm estates.

“Industrial activities are present in and around the area, including in Serendah. The workforce of the industrial market drives residential demand, both for purchase and rental,” says CBRE | WTW managing director Foo Gee Jen.

Rawang has a KTM station and is accessible via several highways, including the Rawang Bypass, Guthrie Corridor Expressway, Kuala Lumpur-Kuala Selangor Expressway and North-South Expressway.

Apart from having a slower pace of life, the town is also surrounded by greenery and is close to recreational sites and golf courses.

According to Foo, the compound annual growth rate (CAGR) of landed properties over the past five years is 6% and the rental yield stands at 2%. EdgeProp.my puts the median sale price of such properties at RM146 psf or RM200,000 per unit.

The average price psf for non-landed and landed properties are RM106 and RM1,919 respectively, lower than the state average of RM237 and RM2,085.

Rawang is a place of many firsts. It had the first electric generator, installed by the British to mainly support the tin mining industry. Thus, it became the first town to have electric street lights and a railway station with lamps and fans powered by electricity.

In 1953, the country’s first cement factory was built in the town to capitalise on mining sites vacated by the tin miners, who had moved westwards to Batang Berjuntai. Today, Lafarge Malaysia Bhd’s Rawang cement plant is still in operation in Jalan Kuang.

After the establishment of the cement factory, Rawang saw continual growth in the 1980s and 1990s. Many light industrial schemes were built, generating many job opportunities and driving population growth in the area.

When the North-South Expressway was opened in 1994, it gave a major boost to the town and its surroundings by providing swift access to Kuala Lumpur.

Restoran Lan Je in Taman Setia Rawang and Restoran R Cheng Fei Zhou Yu Wantan Mee in Kampung Dato Lee Kim Sai are famous for their tilapia fish dishes. The former earned its reputation for its “one fish per person” concept, and its steamed tilapia fish with bean sauce is a favourite among patrons.

The third-generation-run Sin Loong Kee Noodles in Kampung Baru Kundang is best known for its handmade lau shu fen or rat tail noodles, so named due to their shape, which resembles a rat’s tail. The noodles come in dry and soup forms and are accompanied by fried meatballs and mincemeat, stuffed tofu pieces with onion oil, and fried shallots and spring onions for garnishing. Do take note that the stall is only open for breakfast.

Another breakfast spot in Rawang is Kedai Kopi Yee Kee in Kampung Dato Harun. Enjoy a slice of egg Swiss roll with thickly spread kaya as its filling as well as the butter cake, pandan cake and salty pancake. Other than pastries, the wantan mee here is also well known. It has many extra ingredients such as fried tofu skin, curry chicken with potatoes, long beans, cabbage, fish paste and chicken drumsticks, in addition to the usual barbecue pork, wantan, chicken feet and hakka fried pork. The shop’s signature dish is the mulberry tea combined with herbal tea and an egg in a bowl.

Also located in Kampung Dato Harun is a restaurant that serves Thai food but does not have a name or signage. Hence, the locals have dubbed it “Restoran Tom Yam” or “Serendah Tom Yam” because of its signature tom yam soup. Its sambal petai and fried fish with special sauce are popular as well.

For western food, step into Ho Ho Food Station, located next to Restoran Lan Je, in Taman Setia Rawang. The chicken chops are the best sellers, especially the one coated in salted egg sauce. The grilled chicken thigh is also on the list of most ordered items. Other food on the menu include pasta, fried rice, satay chicken chop and cempedak cake.

Made for nature lovers

About 2km away from Templer Park is the Taman Eko Rimba Kanching Waterfalls, which has a seven-tiered waterfall. At each tier, there is a pond that is suitable for swimming. It is a great place for camping or a picnic.

Meanwhile, the Commonwealth Forest Park and Resort is located in Bukit Lagong Forest Reserve and covers over 1,482 acres. Established in 1993 to mark the 14th Commonwealth Forestry Conference, the park fell into disrepair until Future World Avenues Sdn Bhd took over the management of 642 acres and rebranded it to include the resort.

The Commonwealth Forest Park and Resort caters primarily for team-building events and seminars, but smaller groups and day trippers are welcomed as well.

The Tasik Biru Seri Kundang, a recreational lake in Kampung Melayu Sri Kundang, is equally well known. It used to be the largest mining area in Rawang and one of the largest in Selangor.