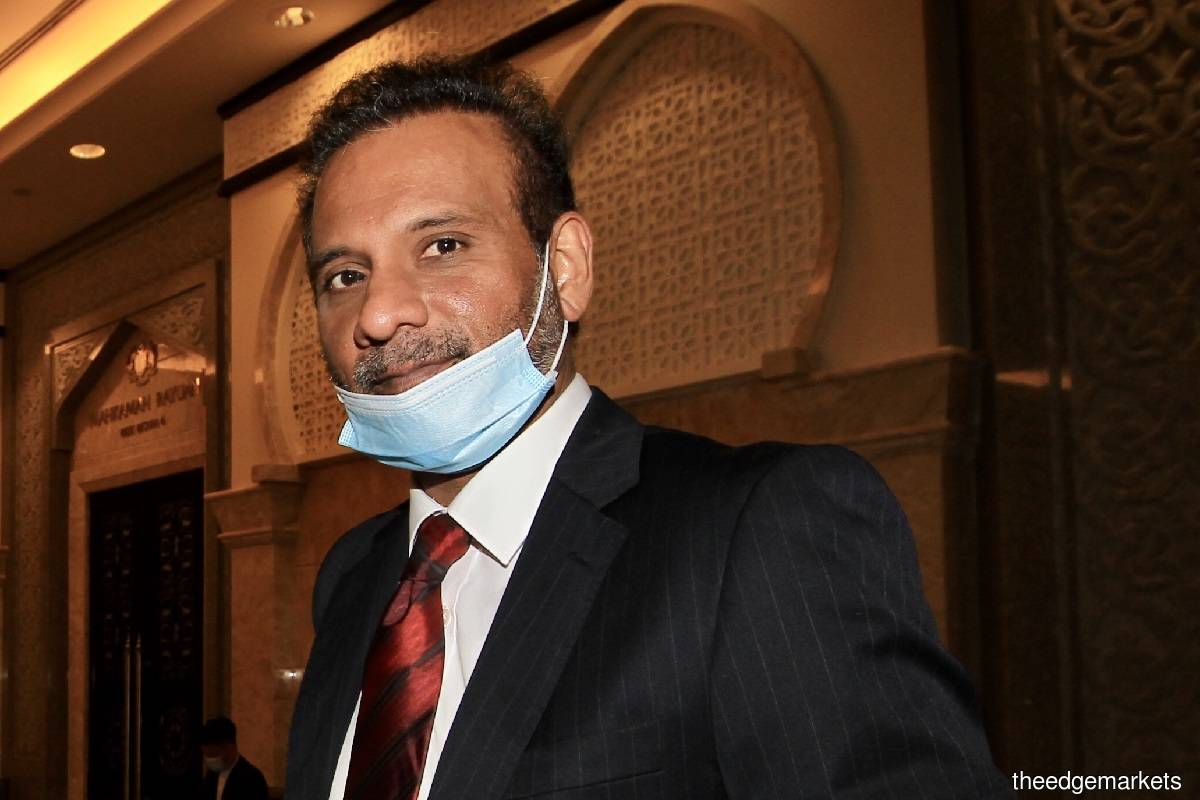 KUALA LUMPUR (July 22): Opposition lawmaker Ramkarpal Singh today presented evidence in the form of a YouTube clip of his late father Karpal Singh playing an audio recording during a debate in the Dewan Rakyat.

Ramkarpal (PH-Bukit Gelugor) said that while he mistook the date of the occurrence when he spoke in the House yesterday, he qualified his statement by saying "if I'm not mistaken".

"There is precedence [for playing an audio recording during a debate]. On Feb 25, 2009, the then Bukit Jelutong MP (member of Parliament) indeed played an audio recording," he said during a press conference, equipped with the hansard for that particular sitting.

"I did say that I thought the precedent was in 2007 but I gave notice to the Dewan Rakyat that I was not sure by saying 'if I'm not mistaken'," explained the MP.

He found a YouTube clip of the sitting and showed it to the press, entitled "Singh is KING…KING is Singh 2".

In the clip, Karpal questioned why then Chief Justice Tun Zaki Mohamed Azmi, as well as the Royal Malaysia Police and the Malaysian Anti-Corruption Commission, did not respond to the MP's police report accusing Zaki of corruption.

He subsequently played an audio recording in the Dewan Rakyat, in which he Zaki allegedly said, as read out by Karpal, "It took me six months to be nice. To bribe each and every individual to get back in their good books… " before being muted by the then speaker.

"I urge the minister (Minister in the Prime Minister's Department Datuk Takiyuddin Hassan) to check his records properly before making a reckless statement. I might be mistaken about the date but it is a fact that the event happened. No doubt about that," said Ramkarpal.

Earlier today, Takiyuddin issued a statement saying that there was no record of the late Karpal playing any form of video or audio in relation to the bribery allegations of the former chief justice in the Dewan Rakyat.

Takiyuddin said the claims made by Ramkarpal were "baseless", "misleading" and in contravention with the Standing Order.