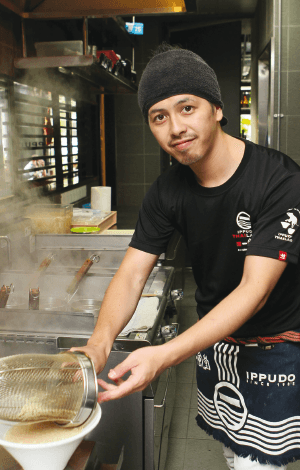 It was during a tellingly “quiet” lunch hour at Ippudo, Bangsar Shopping Centre, where we had sought out Kudo-san of the global Japanese chain Hakata Ippudo to try to dig up the secrets of a good bowl of ramen.

Any ramen shop in Japan at that same hour, in comparison, would have been enveloped in a rhythmic and oddly harmonious “zuru zuru” (Japanese for slurps) buzz echoing throughout the place.

In this case, however, a quick look around us saw diners using chopsticks to pick up strands of noodles and place them in a spoon with some soup in it held by the other hand — all very neat and contained, as if lacking in enthusiasm. Then the noodles are chewed silently.

The ramen chef and regional manager would be happy to see Malaysians enjoy a complete ramen experience with an attempt to “zuru zuru” the noodles speedily — an original expression of enjoyment.

The technique, he revealed, is the secret to also slurping up some of the soup along with the noodles at the same time, bringing that tasty balance of noodles and broth in one bite.

A potentially “splattering” experience aside, the difficulty in execution here is the heat from the piping hot bowl of ramen.

“We know how to slurp noodles while leaving a small gap inside the mouth, which allows air in to cool down the noodles,” said Kudo-san in answer, showcasing the said technique during lunch by devouring a large bowl of noodles while we were still in our first few bites.

One of the island nation’s most famous culinary exports, after sushi and tempura, ramen has experienced a boom in popularity in the last few years — with both authentic and not-so-authentic shops sprouting up. At the very least, we should now be able to discern between the “big three”:  Shoyu, Miso and Tonkotsu ramen. 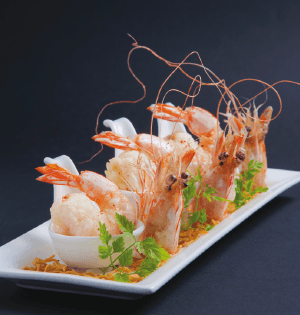 But then, what makes good ramen?

“Wow, it’s very difficult [to answer],” says Kudo while shaking his head in amusement. Coming from a country that has produced more than 100 types of ramen, many of which are variations of other variations, the Fukuoka native finds it hard to judge.

Originating from Hakata, Fukuoka in the Kyushu prefecture, Ippudo specialises only in Tonkotsu — a Kyushu speciality that up to about 30 years ago, was very much contained only within the south-western region.

The distinctive “milky white” broth of the Tonkotsu is known for its aroma, both derived from the long hours of boiling needed — ranging from 10 to 15 hours according to Kudo.

“Any Tonkotsu that is dark in colour is fake, which means that the boiling time is too short,” he adds. The Chinese characters “Tonkotsu” translates literally to “pork bone” soup and that is exactly what it is.

“It is only made with pork bones and water,” says Kudo of the Tonkotsu’s secret.

As this writer came to terms with the anti-climactic answer, Kudo reiterated that ramen is a common and simple dish of soup and then noodles.

We are given perspective to the mystery behind its flavours, however, when the experienced ramen chef drew comparison to our popular nasi lemak. The ingredients and contents may be largely similar, but each master has his own secrets.

The basic broth aside, the ramen soup’s success is in the “dashi” — a stock mostly made with “kombu” (edible Kelp) and shavings of dried fish. Here is where the best of ramen leaves the average ones trailing behind.

Kudo keeps the recipe of Ippudo’s dark coloured dashi stock under wraps, but pointed out that the mastery is not in the recipe, as much as it is in a ramen master’s knowledge and experience in balancing it all out.

He called it the “sense” for controlling the flavours and textures, between the soup, dashi and noodles.

“Though the ramen is enjoyed all year long, the changing seasons means [ingredients] have to be adjusted, from the fish used in the dashi to the flour for the noodles,” explained Kudo, “Even wheat is of different quality in different times of the year.”

A good and experienced ramen chef would then need to make subtle adjustments and re-balance it all to keep the flavours consistent.

As we sat down to enjoy a bowl of original Shiromaru (literally meaning “white round” to describe the milky soup in the round bowl), each bite affirmed that secret. 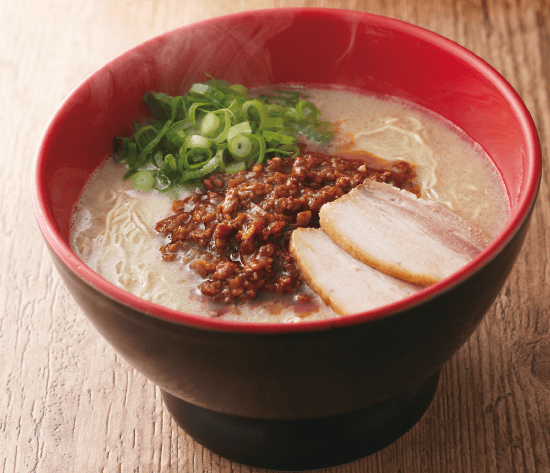 This article first appeared in The Edge Financial Daily, on January 26, 2015.