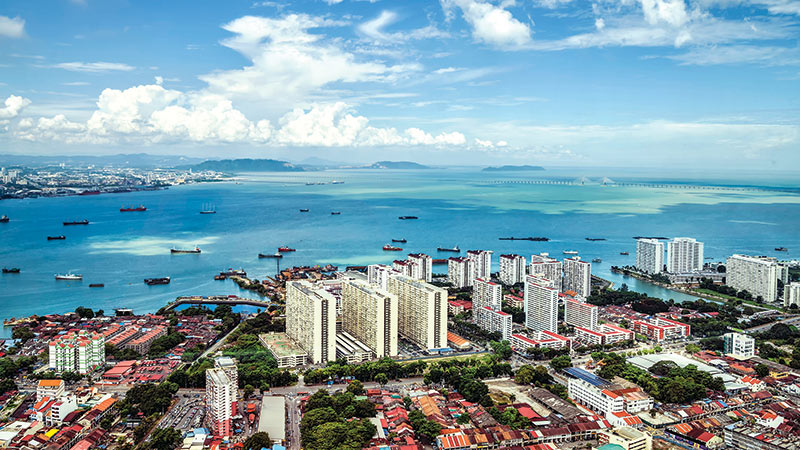 A view of George Town from the Komtar building 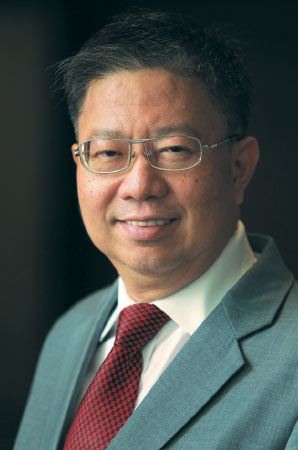 Geh: I am bullish on the east coast from George Town to the second bridge. That will be the hot corridor to look out for. Abdul Ghani Ismail/The Edge 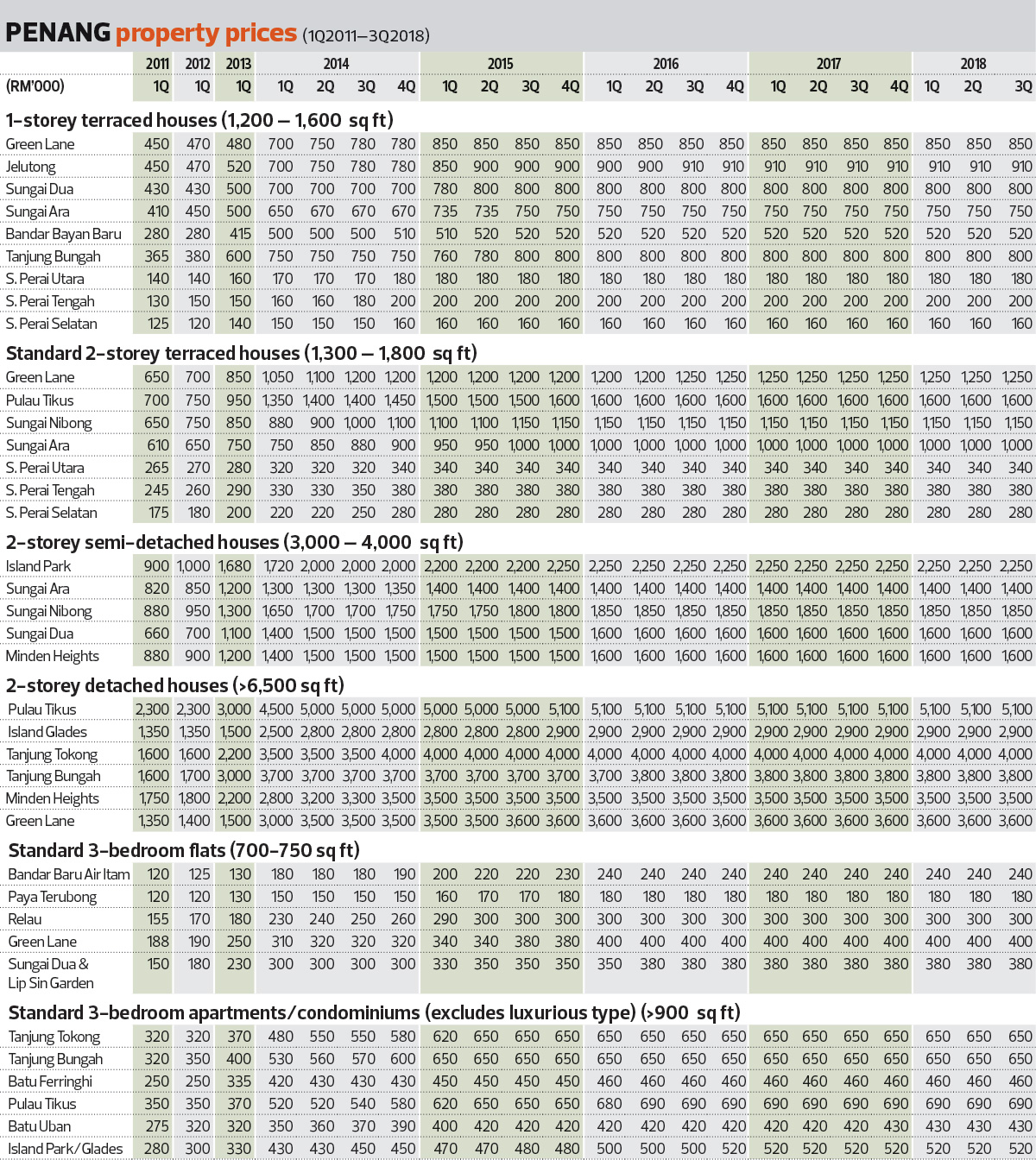 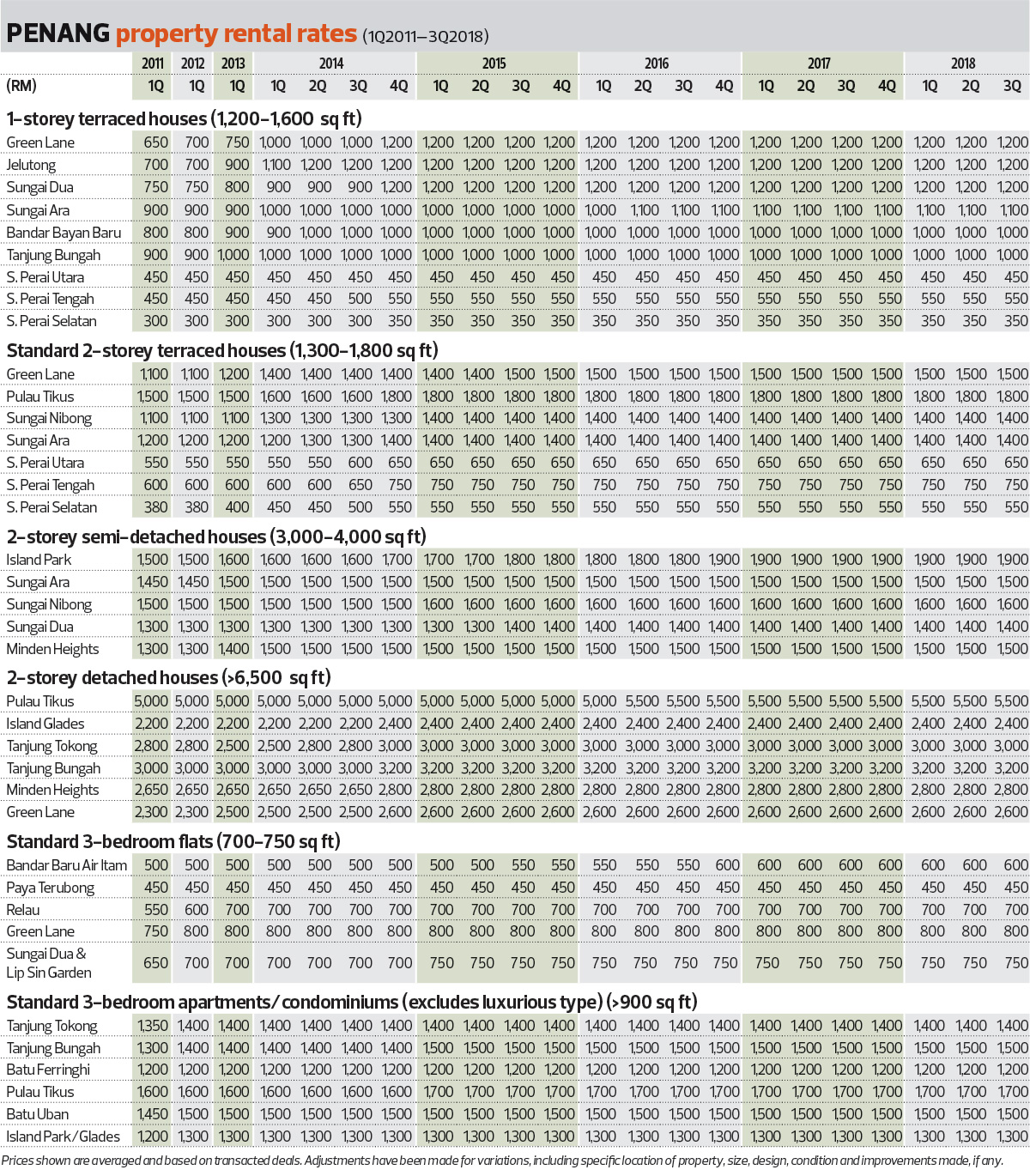 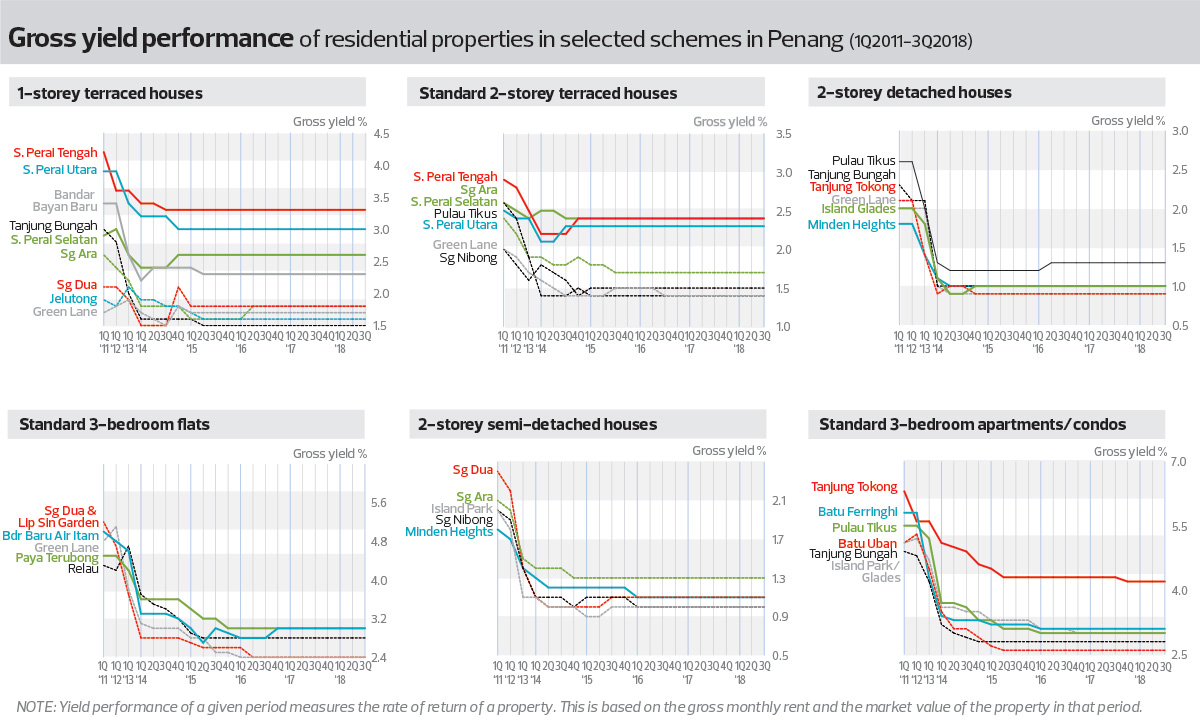 The 3Q2018 Penang Housing Property Monitor shows a similar trend to the past few quarters. The only price change from a year ago was for standard 3-bedroom apartments or condos in Batu Uban, which rose 2.38% to RM430,000 from RM420,000.

“It reflects the activity in the market, which is quite stagnant,” says Michael Geh, senior partner at Raine & Horne International Zaki + Partners Sdn Bhd. “The locations are very mature and people are happy to stay and not sell their properties,” he adds in presenting the monitor.

Nonetheless, he believes hotspots will soon appear on the eastern side of the island, which he terms the East-Coast Corridor.

“I am bullish on the east coast from George Town to the second bridge. That will be the hot corridor to look out for. The areas along this stretch include

“The Jelutong and Batu Lanchang areas are also good areas to keep an eye on because there is a free highway [Tun Dr Lim Chong Eu Expressway],” he says.

“Also, this hot corridor is near three main infrastructure projects, namely, the first and second bridges and the airport.”

A possible catalyst could be the expansion of Penang International Airport. “After 10 years, I believe the airport will get approval for expansion and more flights will come in including international flights. It will drive the demand for property along this corridor. Anything near the airport is future-proof,” says Geh.

However, he believes the property market will continue to stay flat until 2020, when it could stir again.

As for the mainland, Geh says Batu Kawan is seeing more activity today. “Batu Kawan and its surroundings are very hot at the moment. Now that IKEA is opening soon and the other vendors are moving in, supporting industries are also starting up.”

Bukit Mertajam is also seeing some activity although there are no major projects at the moment. “Bukit Mertajam is very stable. There are pockets of development by low-key developers that are building 20 to 50 units of mostly landed properties, including mid-range homes and strata-

titled bungalows. There is plenty of land for development in Bukit Mertajam but we don’t have the population to absorb the new projects as the state only has a population of about two million,” he says.

On reports that some inner-city residents are moving out of homes they have been living in for decades, Geh says most of those involved are tenants. This, he explains, is a consequence of the growth of the city. But he adds that the situation is not rampant and no eviction notices have been issued in the past year.

However, he agrees that increasing the inner-city population is vital to keep George Town vibrant after office hours. One way, he points out, is to redevelop or convert prewar shophouses into residential units.

What about the developers and landlords? Geh believes they are keen to do their bit although such activities are still quite low key.

One of them is the Loke Thye Kee group, which has submitted an application to convert prewar shophouses in Jalan Phee Choon, next to the state police headquarters, into SoHo units. “It is under serious consideration, I believe. The group owns the shophouses and may consider selling or renting out the units,” he says.

There have been a few launches in Penang since the beginning of the year. The most recent was the launch earlier this month of the second tower of Fairview Residence in Sungai Ara — a joint venture between BSG Property and VST Group. A total of 750 units, measuring 970 sq ft and above, were opened for sale, with prices starting at RM388,000.

Before that, Ideal Property Group unveiled Sunsuri Residences in Bayan Lepas, which will have 770 units with built-ups of 500 sq ft, 600 sq ft and 800 sq ft. The serviced apartments are priced from RM399,000.

Paramount Property’s Suasana @ Utropolis in Batu Kawan was also launched in the same quarter, comprising 491 serviced apartments with built-ups of 926 to 1,313 sq ft, and selling prices of RM500,000 and above.