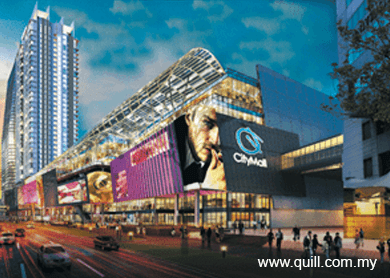 KUALA LUMPUR: Quill Capita Trust  (QCT) (fundamental: 0.55; valuation: 3) is looking to double its real estate assets to RM3.2 billion in the next two years through the acquisition of commercial buildings from major shareholders Malaysian Resources Corp Bhd (MRCB) and the Quill Group.

Following the shareholders' nod, MRCB  is now a major shareholder in QCT due to the new QCT shares it received as payment for Platinum Sentral.

At the press conference, Yong said the acquisition would increase QCT's assets from RM868 million to RM1.6 billion, making the group the eighth-largest listed REIT in Malaysia.

As part of the agreement for the acquisition, MRCB has given QCT the first right of refusal to acquire any commercial asset MRCB intends to sell in the future, Yong said.

According to MRCB's website, its commercial assets include the Menara MRCB in Shah Alam, Selangor and Plaza Sentral within KL Sentral.

Yong said the manager would also not rule out acquisition of commercial assets from third parties.

The stock had risen 5% this year, outperforming the KLCI's 2% rise.