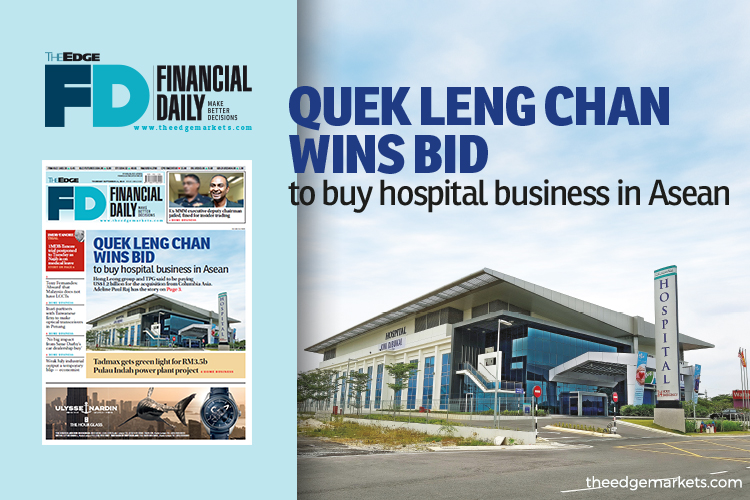 The planned venture into healthcare is said to be spearheaded by the tycoon’s youngest son, Quek Kon Sean. “They clinched it after a sizeable top-up to their initial bid,” a source told The Edge Financial Daily, describing it as an “expensive” acquisition.

While details are scant, sources indicated that the Hong Leong-TPG team is paying around US$1.2 billion (RM5.01 billion) cash for the hospital business. Others who were in the race included Sime Darby Bhd and US-based investment firm General Atlantic. The acquisition will mark the Hong Leong group’s foray into healthcare. The conglomerate is already in banking and financial services, property development, hospitality and leisure, manufacturing and distribution, among others.

Its website shows that it has 12 hospitals in Malaysia, 11 in India, two in Vietnam and three in Indonesia, for a total of 28.

It drew first-round, non-binding bids from a number of investors, including sovereign wealth funds and private equity firms like KKR, CVC and Carlyle. The last major healthcare transaction was in January this year, when IHH Healthcare Bhd completed the acquisition of  a 31.17% stake in Fortis Healthcare Ltd in a US$584 million deal, allowing it to expand its footprint in India.