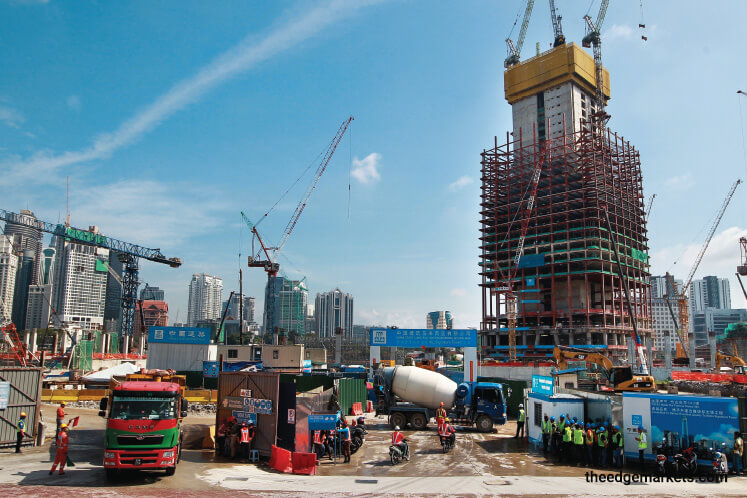 KUALA LUMPUR (June 6): Companies with operations in Qatar saw a decline in their stock prices, after six nations made a decision to sever diplomatic ties with the nation, accusing Qatar of providing support to Islamist militants.

Serba Dinamik Holdings Bhd, which derives a significant chunk of its revenue from the United Arab Emirates, Qatar and Oman, fell 20 sen or 8.89% to RM2.05 at 2.30pm, following heavy trades of 13.91 million shares.

WCT Holdings Bhd fell 3 sen or 1.39% to RM2.13, with some 2.59 million shares done. The counter earlier touched a low of RM2.12. The group had clinched a RM1.2 billion contract for the Lusail development project in Qatar under a joint venture, in which it has a 70% stake.

Other construction players with operations in Qatar include Eversendai Corp Bhd which fell 1.49% to 99.5 sen, and Gamuda Bhd which fell 0.56% to RM5.38.

On Monday, Saudi Arabia, Egypt, United Arab Emirates and Bahrain had announced it would cut ties with Qatar over alleged support for Islamists and Iran, closing all transport ties with the nation. Maldives and Yemen had later followed suit.

Saudi Arabia and Bahrain had also banned Qatari planes from landing in the kingdom’s airports and banned them from crossing their airspace.

Meanwhile, the Malaysian government said it will closely monitor the situation in the Gulf. Prime Minister Najib Razak said developments there would have an impact on Malaysia’s ties with the region.