Q&A: Tips for healthy use of social media 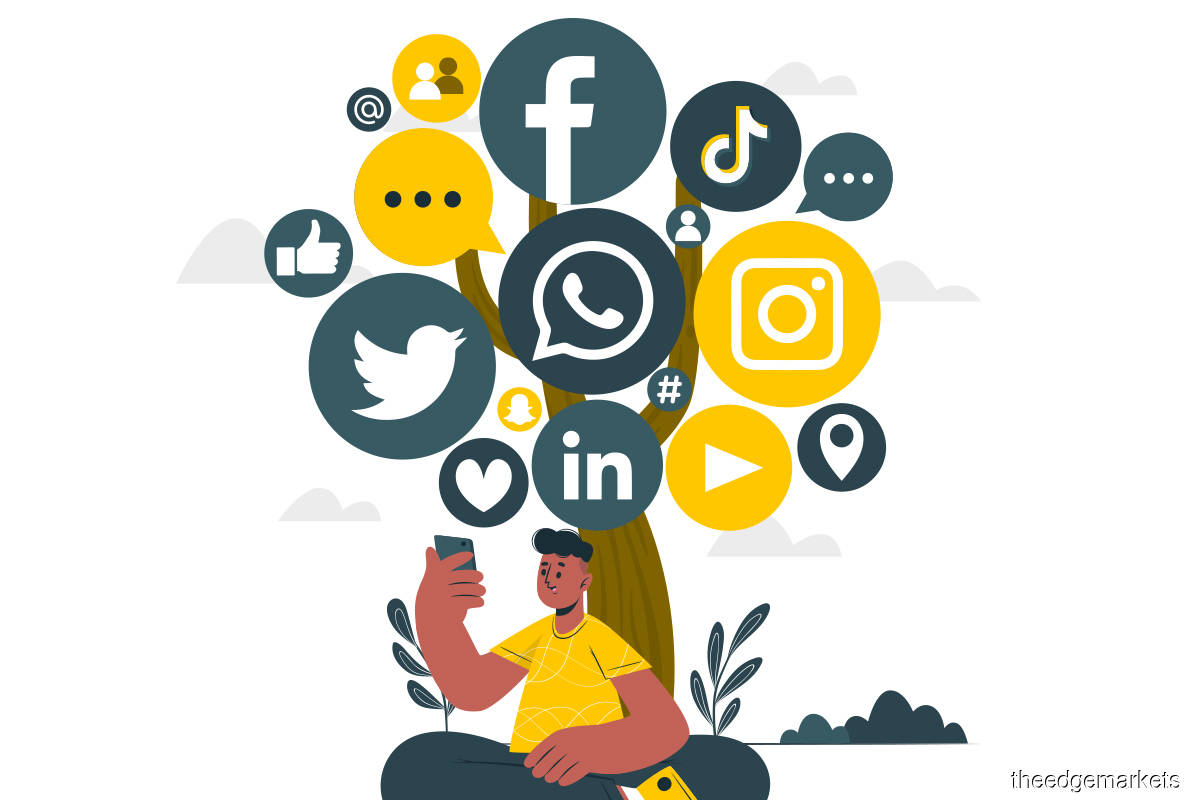 You can find people glued to the screens of their smartphones everywhere — shopping malls, restaurants, offices, homes. Social media has taken over the world and our lives, and it is affecting us more than we realise.

The negative implications of social media have been well documented in films like The Social Dilemma, which explores how social networks exploit human weaknesses by using positive intermittent reinforcement to manipulate behaviour.

According to a report by McLean Hospital — the psychiatric arm of Harvard Medical School — social platforms are designed to be addictive and have been associated with anxiety, depression and other ailments. Having said that, social media has also been pivotal in promoting self-expression, raising awareness and staying connected.

What’s missing is the lack of awareness of our own social media habits. Joan Low, founder and CEO of ThoughtFull World Sdn Bhd, provides insights on the steps that can be taken to prevent further detriment.

Digital Edge: How has social media usage exacerbated depression and other mental health issues? Have you noticed any instances of how social media has affected users’ confidence?

The pros of social media is that it has democratised access to information for the masses and given voice to those who usually would not have access, thus empowering people to create movements and use social media as a force for the greater good. I believe we saw this clearly during the Covid-19 pandemic, when relief efforts were organised via social media platforms and businesses that were forced to shut down physically, yet able to continue online. We saw it again during the floods crisis and the sense of community it allowed people to build. The same characteristics of providing access to information, finding community and galvanising movements actually help destigmatise mental health and alleviate the sense of loneliness that one can sometimes feel. However, the flip side is that the same person who has access to a ton of information from the community of millions on his or her chosen social media platform while building a following through likes and comments, may also come off a dopamine high the moment the app is closed. They then find themselves extremely lonely ‘in real life’ and overwhelmed by the constant flow of information, opinions and commentaries on their lives.

In 2018, ThoughtFull conducted research on the Effects of Social Media on Youth Mental Well-being, where we surveyed 600 students aged 15 and found that 25% of participants had experienced severe or extremely severe anxiety due to social media usage. Common causes cited included exposure to cyberbullying, the persistent fear of missing out, or FOMO in algospeak, and the impact that constant social comparisons can have on self-esteem and body image, among others. It is no wonder research shows that as a result of social media use, 56% of users experience depression and another 51% struggle with body image issues.

With children as young as 10 years old seeking help for clinical depression, how has large-scale usage of social media among young children exacerbated this problem?

With the widespread use of social media, there are fewer face-to-face interactions, which takes away from the supporting atmosphere that has traditionally helped children deal with the difficulties of growing up. The development of self-awareness may be impeded in young people who don’t engage in reflective relationships with family and friends.

Peer pressure is also present in social media, which is where norms are established and reinforced. While conformity is valued, a casual remark may result in rejection, which could cause psychological challenges. Users develop unrealistic expectations when they observe the relative popularity of others, as demonstrated by their follower-count and ‘likes’ on social media.

Rumination, which raises the risk of depression, is a result of impulsive online behaviours. While online self-disclosure can reduce stress, elicit encouraging remarks and boost a person’s profile, it also gives away control over sensitive data. Young individuals who are depressed or nervous may not always make the best privacy judgements, perhaps disclosing personal information in ways that may inadvertently have a negative impact on themselves or those around them.

Dopamine detoxes from social media are a commonplace practice. How necessary is this practice, and what are the benefits that can be reaped from it?

Dopamine detox refers to detaching oneself from daily stimulants like social media, candy or shopping. They are replaced in favour of less impulsive habits and lifestyle choices.

Dopamine detoxes are necessary because dopamine is often distracting and prompts people to engage in feel-good behaviours repetitively, such as mindlessly scrolling on social media or binge-watching TV shows. These habits can sometimes be at the expense of spending time in more meaningfully engaging ways such as quality time with family, proper meal times or even sleep.

The decision to unplug and detach from certain impulsive behaviours may come with some health benefits, one of which is the possibility for improved concentration and mental clarity. Additionally, by refraining from certain behaviours, such as spending hours scrolling through a social media site, people may be able to achieve a greater state of mindfulness, which comes with its own benefits, including stress relief, lower blood pressure and improved sleep.

One way to practise dopamine detox is to carve out some me-time to meditate, exercise or work on your mental wellness by mood tracking, journaling or chatting with a mental health coach on our ThoughtFullChat app.

How do we find a balance when it comes to using social media, which has become a necessary addition to daily life, while combating the dangers it presents?

First, prioritise your real life. Be mindful in the present when spending time with friends, family and colleagues. If you need to post a photo or ‘story’ of what you’re eating and with who, perhaps schedule a time to do so when the meal is actually done.

Schedule your social media time like how we have set times for meetings or picking up our children from daycare. It is important to set aside specific times for social media so that it automatically becomes a time-bound activity by default.

Having a purpose for being on social media is essential. Some use social media as their main stream of revenue generation, some for leisure and some for inspiration. Whatever your purpose may be, set the intention just before you turn on the app. That act itself will make you more mindful about what you’re doing on the platform.

Finally, build your self-awareness muscle just like how one trains over time to do chin-ups and weighted squats; our mental health is no different. Start by understanding where your current mental state is at. ThoughtFullChat’s assessments can help with these — it is like a weighing scale but for your mind.

Once you know your baseline, then start micro-building your self-awareness muscle. You can try tracking your moods at specific times of the day. For example, in the morning or at night, or whenever you think is important.

Over time, you’ll be able to see patterns and course-correct accordingly. It all boils down to self-awareness. What am I doing now? What moods, thoughts, and feelings does this activity that I’m currently doing evoke in me? Are these moods, thoughts and feelings something that is adding or subtracting from my life?