Putting FGV back on track 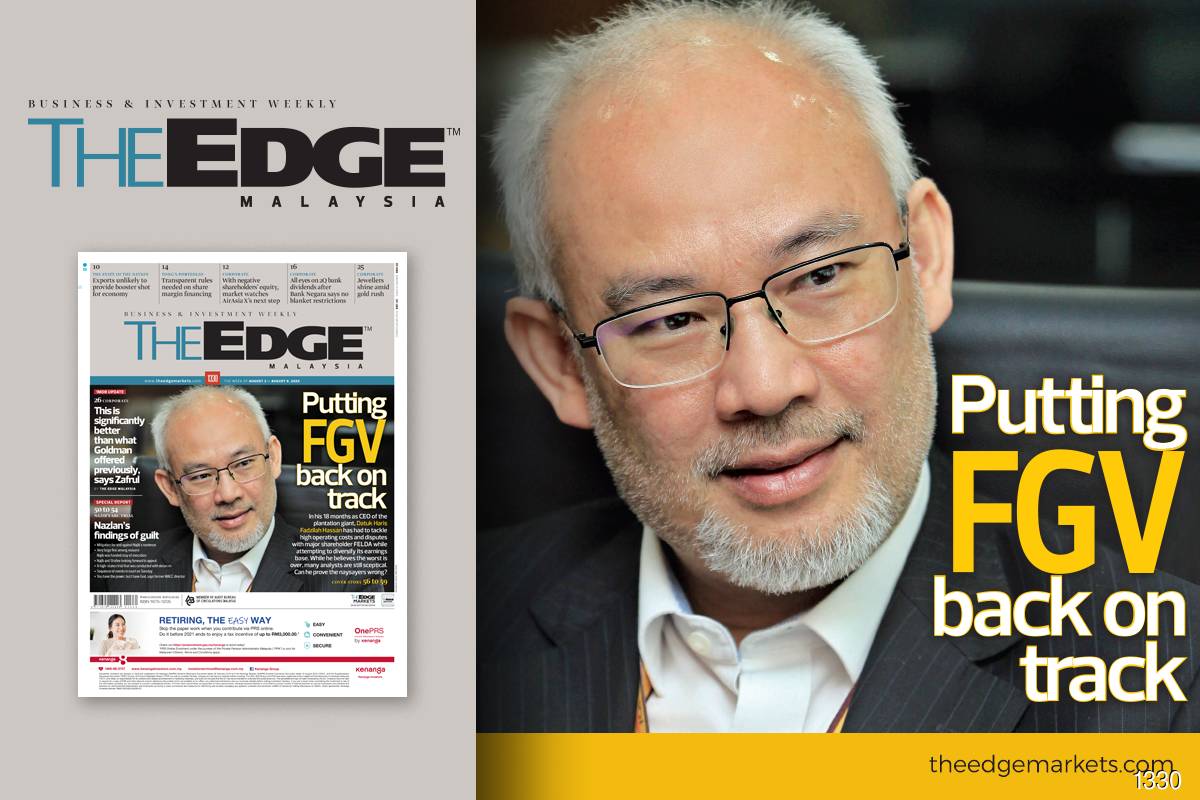 KUALA LUMPUR (Aug 2): It has been a year and a half since Datuk Haris Fadzilah Hassan took the helm at ailing plantation giant FGV Holdings Bhd. The ride thus far has had its fair share of challenges, which include disputes with major shareholder Federal Land Development Authority (FELDA), high operating costs and the need to diversify the group's earnings base.

While Haris feels that the worst is behind FGV, many analysts are still sceptical. Can he prove the naysayers wrong?

Haris recently sat down with The Edge to talk about wide-ranging issues including FGV's issues with FELDA, its venture into dairy farming, merger-and-acquisition opportunities and the possibility of its 99-year land lease agreement with FELDA being terminated.

He also explained what he has done so far, chiefly bringing down the cost of producing crude palm oil from RM1,800 per tonne ex-mill to RM1,500 per tonne, which is quite a feat.

Other than costs, he has also sought means of diversifying FGV's earnings stream from just palm oil, sugar and logistics to include fast-moving consumer goods and other commodities. Interestingly, he is also tasked with selecting a crop for cultivation of FGV's higher gradient plantations and hilly terrain.

Some of these crops include pineapple and bamboo, which he said have many commercial uses and can provide good earnings to the group.

To know more about what transpired, pick up the latest issue of The Edge.