Put warrants up as KLCI slips in line with regional markets 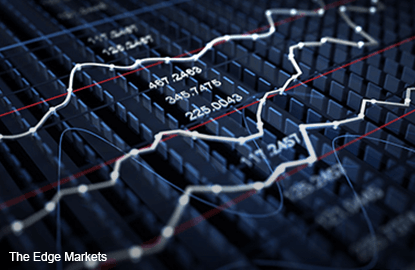 Structured put warrants allow investors to hedge against downward movements in the market and profit from it.

Stocks across the Asian region fell after Wall Street sank amid plunging crude oil prices as investors eye an expected US rate hike by the Federal Reserve later this week, Reuters reported.

Encouraging Chinese data did little to assuage global sentiment amid crude oil prices, which plunged to a seven-year low.

The January futures contract for WTI crude oil is currently trading 23 cents lower at US$35.39 per barrel while Brent crude oil's January 2016 contract is down 31 cents at US$37.62 per barrel.

According to JF Apex Research in a note today, following the negative sentiment in global markets, the FBM KLCI is expected to extend its selldown towards the support level of 1,635 points.