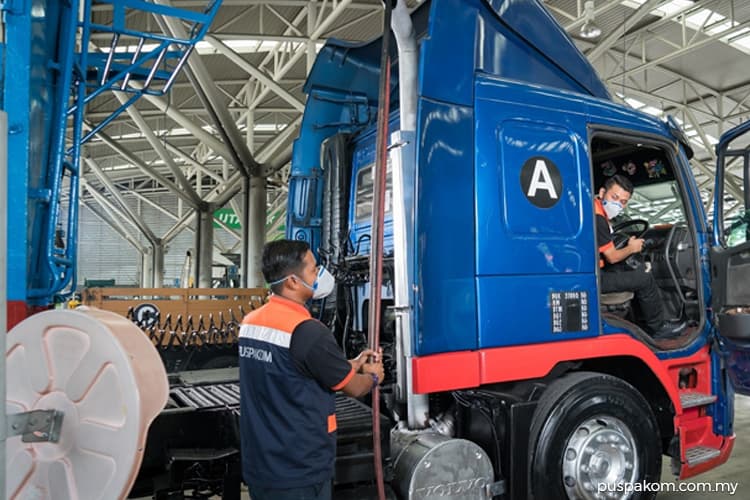 In a statement today, Puspakom said the concession agreement will only expire in 2024.

Puspakom was responding to an announcement by the Ministry of Domestic Trade and Consumer Affairs (KPDNHEP) to hold an open tender to select service providers for inspection of used vehicles namely Hire Purchase Inspection (HPI) for the new term effective Dec 18, 2018.

Puspakom said the inspection activities mentioned by the KPDNHEP are only related to its appointment as a service provider with the ministry.

It said under this agreement, which is in line with the Hire Purchase Act, the company carries out inspection on used vehicles when they are sold, upon which the new vehicle owners enter into a hire purchase contract with financial institutions.

"However, Puspakom's main concession agreement with MoT to undertake all mandatory inspections for commercial vehicles and private vehicles is still in effect.

"In regard to the HPI, Puspakom will submit a proposal to KPDNHEP offering inspection services for the new term," it said.

Puspakom said it can ride on its current inspection capacity and capability, i.e. readiness of the established inspection system, infrastructure, skilled resources and network of inspection centres nationwide, to continue to offer HPI service to the government.

Puspakom said revenue from HPI accounts for approximately 7% of its total annual revenue, with an average of 170,000 inspections of used private vehicles conducted annually nationwide.

"The largest revenue source for Puspakom is from mandatory inspections of commercial vehicles and private vehicles, which is about 84%; under the existing concession agreement with MoT which will expire only in 2024,

"Other services and inspections contribute 9% to Puspakom's total annual revenue," it said.