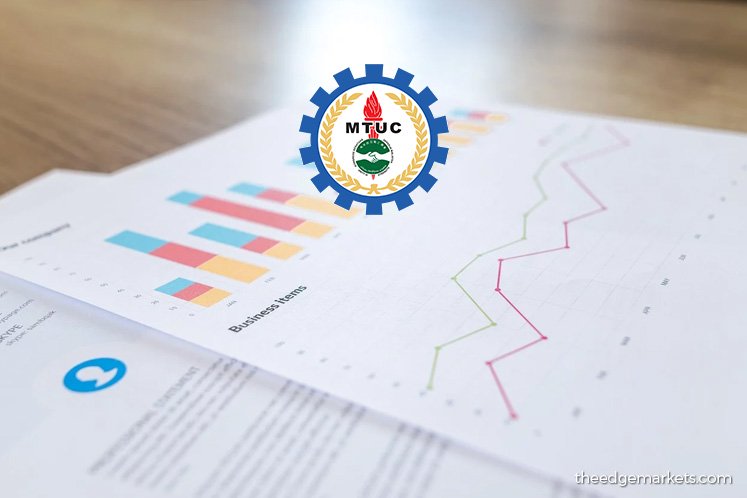 KUALA LUMPUR (March 29):  The government must consider introducing punitive punishment against employers who are quick to cut salaries and retrench workers while at the same time receive aid from the government stimulus package, the Malaysian Trades Union Congress said today.

“This is morally repugnant and a form of economic treason against Malaysia,” MTUC secretary-general J Solomon said in a statement today.

Solomon claimed that employers and companies are using the threat of imposing retrenchments and salary cuts for workers to squeeze more financial aid from the government or simply to downsize to save costs as a quick fix to their bottom-line.

Companies, including small and medium enterprises (SMEs). have been reaping profits continuously for many years, he said, adding that in many cases, the profits were accumulated by keeping wages low and hiring foreign workers to further ensure labour costs were suppressed so that profits could be maintained or increased.

“These very same employers and companies are now claiming they will fold and be forced to retrench workers by the thousands if the government does not increase its financial assistance to them,” Solomon said.

Noting that the companies are ramping up such claims after just a matter of weeks since the Covid 19 economic fallout begun, the MTUC chief said: “It does not make sense that overnight these companies are proclaiming themselves as so financially fragile despite raking in healthy profits over the years.”

He said there is no data forthcoming to prove they are in any immediate danger of folding up and need to retrench workers or cut their salaries.

“Indeed there is no justification for them to do so. The stimulus package (announced by the government on Friday) provides RM100 billion ringgit worth of soft loans and other incentives to companies, including SMEs. There is even a multi-billion ringgit fund to pay RM600 monthly to workers of companies suffering more than 50 per cent dip in business,” he added.

Solomon also questioned how many employers and company directors are themselves biting the bullet in facing the current economic challenges.

“Have CEOs, senior management and directors offered to forgo their annual dividends, bonuses and other benefits before making threats to reduce their workforce or cut their salaries?

“We urge employers to refrain from making it sound as if they started their companies solely to provide jobs. The companies are mainly for profits and to generate profits, they employ workers. It is a symbiotic relationship. Business cannot survive without workers.

“Having made profits with the blood, sweat and tears of workers, it is time to treat them with respect so that they are there when [the] situation returns to normal,” he said.

MTUC, in today’s statement, reiterated its call to the government to immediately introduce a ministerial order on job security to make it illegal for any employer to retrench workers or cut their salaries arbitrarily.

“The minister of human resources must take the lead and use his powers to introduce the Emergence Employment Regulation and make it mandatory for companies to undergo strict vetting before they are permitted to touch on workers rights, including their job security and related benefits.

“Only by requiring companies to furnish the required data, will the government stop employers from using their workers as a form of blackmail to gain more financial aid from the government,” said Solomon.