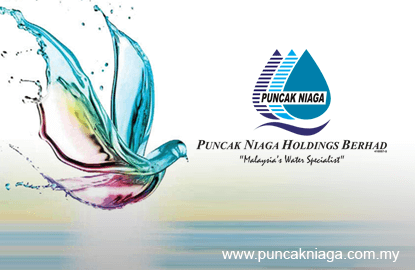 In a filing with Bursa Malaysia, Puncak Niaga said Danau Semesta Sdn Bhd — a 60%-owned company of Murni Estate Sdn Bhd, which in turn is a wholly-owned subsidiary of the group — has entered into an agreement with Shin Yang Holdings to acquire the entire shareholding of Danum Sinar.

Another 30% stake in Danum Semesta is held by Sunshine Upland Sdn Bhd (controlled by property businessman Tan Sri Yee Ming Seng) while the remaining 10% is owned by Astaka Suria Sdn Bhd, a dormant company that is wholly-owned by Shin Yang Holdings.

With this, Danau Semesta has become a 60%-owned sub-subsidiary of Puncak Niaga.

Puncak Niaga said the purchase consideration will be funded by Danum Sinar’s shareholders and bank borrowings.

“With the disposal of Puncak’s water treatment and distribution business to the Selangor State Government in October 2015, Puncak group has been actively exploring various business and investment opportunities to increase its income stream in order to minimise the dependency on the existing businesses,” Puncak Niaga said.

The proposed acquisition, the group said, is in line with its overall vision in maximising returns to the group with direct involvement in the plantation sector that has proven to be a “sustainable business”.

“Danum Sinar is a well-established company with its principal activities in the oil palm cultivation. The majority of the land held by Danum Sinar are vacant plantable areas, and of the total planted portion, the majority of the area is filled with young palms with a longer harvesting period,” it said.

“As such, Danum Sinar has a high potential for growth through the increased utilisation and planting of its vacant plantable area,” it added.

Therefore, Puncak Niaga said the proposed acquisition presents an opportunity being both “attractive strategically and financially” to the group in venturing into the oil palm plantation sector, which has the ability to generate “steady flow and recurring source of income” in the long term.

The proposed acquisition is not subject to shareholders’ approval, and Puncak Niaga expects to complete the purchase in the first quarter of 2017.