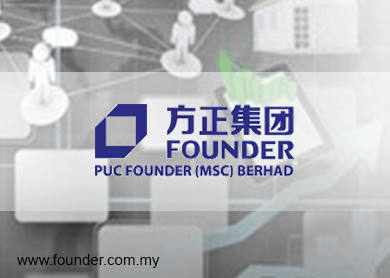 KUALA LUMPUR (June 10): Shares of PUC Founder (MSC) Bhd fell at mid-morning today after the company said it plans to divest its biometrics division within the next two quarters, due to reduced contribution from the unit. The biometrics division involves fingerprint-verification products.

"About 90% of our revenue come from the media and advertising division," Cheong said, after PUC Founder's annual general meeting here today.

He said the power plant would have an initial one megawatt (MW) capacity, involving a tariff of RM1.035 per kilowatt an hour (kWh).