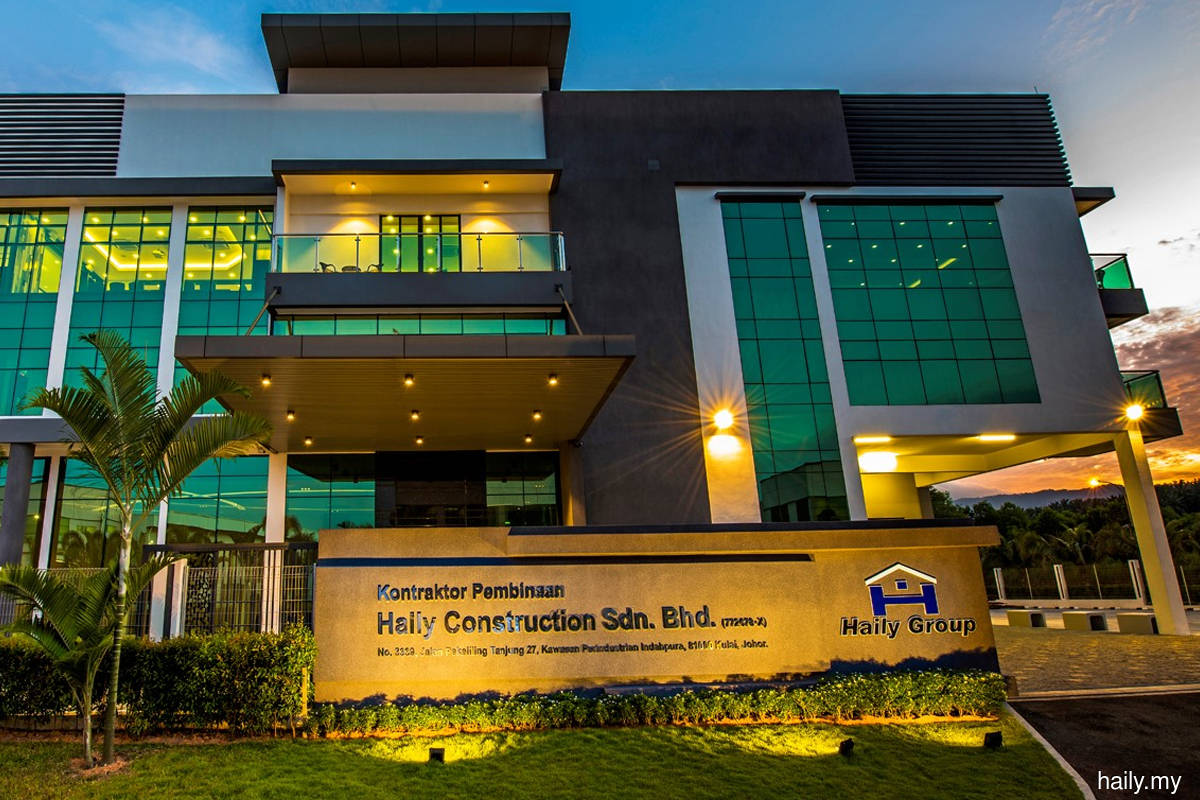 KUALA LUMPUR (July 12): Haily Group Bhd, a building contractor of residential and non-residential buildings, saw 8.92 million of its shares under the public portion of its initial public offering (IPO) oversubscribed by 38.81 times, ahead of its listing on the ACE Market of Bursa Malaysia.

In a statement today, Haily said it received 13,367 applications for 355.09 million shares during the public subscription period and it recorded RM241.48 million for shares worth RM6.06 million under the public portion, with the issue price at 68 sen apiece.

“For the Bumiputera portion, a total of 6,185 applications for 138.11 million new shares were received, which represents an oversubscription rate of 29.69 times.

“For the public portion, a total of 7,182 applications for 216.98 million new shares were received, which represents an oversubscription rate of 48.09 times.

“Meanwhile, a total of 10 million new public issue shares available for application by the eligible directors and employees of the group and persons who have contributed to the success of the group have also been fully subscribed.

“In addition, the placement agent has confirmed that the 5.98 million public issue shares and 5.3 million offer shares made available for application by way of private placement to selected investors have been fully placed out,” the group noted.

Haily added that of the 5.1 million public issue shares and 12.7 million offer shares made available for application by Bumiputera investors approved by the Ministry of International Trade and Industry (MITI), about 2.16 million shares were not taken up.

“Pursuant to the terms set out in the Prospectus, the said remaining unsubscribed shares which were initially reserved for Bumiputera investors approved by MITI were clawed-back and reallocated to the Bumiputera public via the balloting process,” the group said.

Haily executive director See Tin Hai said the group is delighted to see strong support from investors in its shares, and noted that the support garnered is an encouraging sign as the group embarks on its next stage of growth as a public-listed company.

“We believe that the construction industry will show positive signs of recovery towards the second half of 2021, bolstered by the country’s ongoing national immunisation programme.

“Thus, we look forward to more developments being revived by property companies which provide the construction sector with more project bidding opportunities, especially in the Johor region where Haily is operating," he added.

The group added that notices of allotment will be posted to all successful applicants on or before July 19, 2021.

Haily’s listing on the ACE Market is tentatively scheduled for July 21.