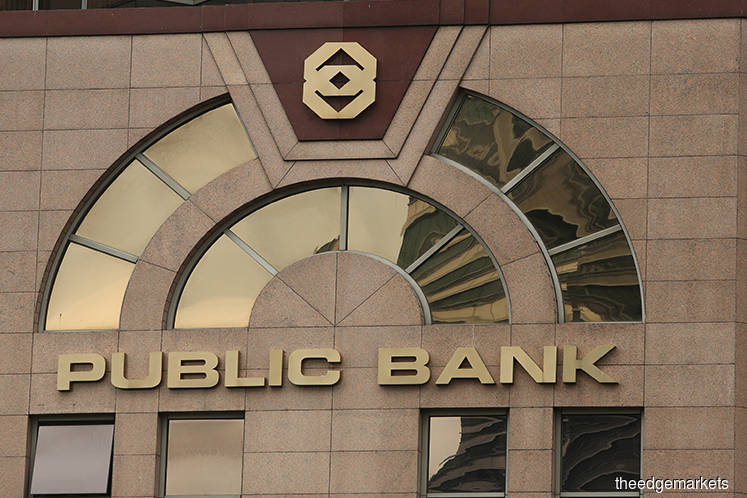 Public Bank Bhd
(Nov 8, RM19.94)
Maintain buy with an unchanged target price (TP) of RM24: The group posted its cumulative nine months of financial year 2019 (9MFY19) earnings within our expectations and that of the consensus. Its profit after tax and minority interests (Patami) of RM4.11 billion came at 72.7% and 71.8% of the respective full year estimates.

The group’s earnings fell by 1.9% year-on-year (y-o-y) mainly due to a marginal decline in net interest income (NII) and higher operating expenditure (Opex). NII declined by 0.5% y-o-y as the net interest margin (NIM) came in lower by nine basis points (bps) y-o-y to 2.15%. The NIM compression was attributable to the cut in overnight policy rate in May calendar year 2019 (CY19) and higher funding cost. Interest expense grew 4% y-o-y to RM6.67 billion versus a 1.9% y-o-y expansion to RM12.3 billion in interest income. However, the NIM was stable on a sequential quarter basis, suggesting some normalisation. Meanwhile, non-interest income (NOII) grew 5.8% y-o-y and Islamic banking income rose 6.2% y-o-y to moderate the pressure on NII.

The 9MFY19 cost-to-income (CI) ratio was 34.3%. Despite an increase of 1.3 percentage points, it was still the lowest in the industry. While the lower total income was affected the CI ratio, Opex also grew by 5.5% y-o-y due to higher personnel and establishment cost. These rose 7.3% y-o-y to RM2.04 billion and 8.4% y-o-y to RM524.6 million respectively.

Total deposits grew 3.7% y-o-y to RM347.2 billion. We were pleased as current account/savings account (Casa) grew at a faster pace than fixed deposits. It grew 3.4% y-o-y to RM88.4 billion. Meanwhile, fixed deposits expanded 1.8% y-o-y to RM197.8 billion. This could partly explain the stable NIM in the third quarter of financial year 2019 (3QFY19).

The group’s gross impaired loan ratio was stable at 0.5% as at 3QFY19. In the meantime, allowances for loan losses fell 17.5% y-o-y, keeping credit cost at about 6bps. We maintain our earnings forecasts for financial year 2019 (FY19) and FY20 as the group’s results were within expectations.

The group’s 9MFY19 NII was within our expectations despite the marginal decline. Besides, we observed that 3QFY19 improved on sequential year and quarter bases. In addition to the stable quarter-on-quarter NIM, it suggests that there was some normalisation in the quarter. The pressure on the group’s NII could be due to the its conservativeness which seems to sacrifice some growth and higher-yielding assets to maintain its profitability at a steadier pace and solid asset quality. Furthermore, we opine that the group’s asset quality and conservative approach will mean that the group will be able to weather any potential stress on the banking system better. We believe that the group’s current trading valuation does not reflect this. As such, we believe that the stock is currently undervalued. Therefore, we maintain our “buy” call for the stock with an unchanged TP of RM24 by pegging estimated FY20 book value per share to two times which is one standard deviation below its five year historical average. — MIDF Research, Nov 8