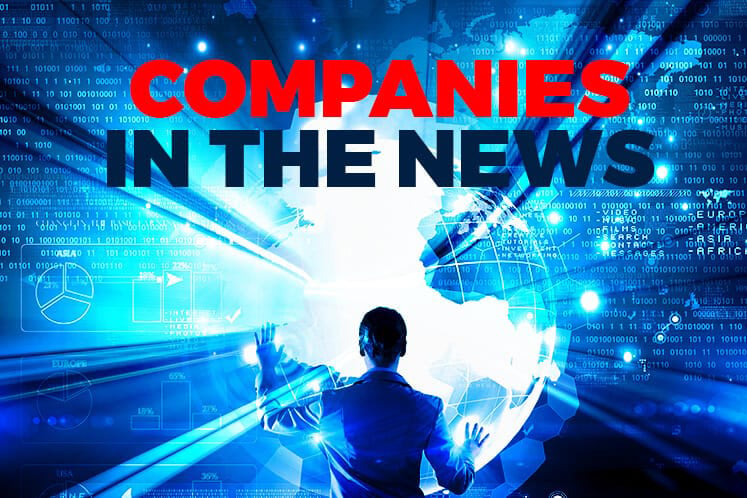 For the cumulative six months, Public Bank's net profit rose to RM2.8 billion from RM2.58 billion a year ago, on the back of revenue of RM10.79 billion, against RM10.2 billion previously.

Press Metal Aluminium Holdings Bhd’s second quarter net profit rose 7% to RM160.6 million from RM150.17 million a year ago, mainly due to higher aluminium price and the strengthening of the US dollar against the ringgit.

Quarterly revenue rose 2.2% to RM345 million from RM337.52 million in 2QFY17, contributed mainly from the additional contracts in the management services segment and stronger revenue from the hotel segment.

CIMB Group Holdings Bhd’s 92.5%-owned Indonesian arm, PT CIMB Niaga Tbk, reported a 28.1% year-on-year (y-o-y) rise in its consolidated net profit to IDR1.8 trillion for the first half of 2018, on the back of higher non-interest income (NII) and lower provision expenses.

The stronger net profit translated into an earnings per share of IDR70.54. NII grew 32.6% to IDR1.9 trillion, while provision expenses fell 27.1%.

It said its strategy to focus on the mortgage and Small Medium Enterprise segments is gaining traction, with each segment growing by 8.9% and 6.2% y-o-y respectively, while our corporate loans grew by 8.8% y-o-y.

Revenue increased 19.6% to RM4.73 billion from RM3.96 billion mainly driven by higher product prices and sales volumes, partially offset by the strengthening of the ringgit against the US dollar.

Revenue for the quarter climbed to RM1.36 billion from RM1.17 billion previously.

For the six months ended June 30, PetGas' net profit rose to RM992.55 million from RM888.56 million a year ago. Revenue for the period stood at RM2.71 billion versus RM2.34 billion in the previous year.

On prospects, PetGas said it is in continuous discussion with the Energy Commission to finalise the tariff guidelines for gas transportation and regasification services beyond 2018.

Sam Engineering & Equipment (M) Bhd's net profit for the first quarter ended June 30, 2018 (1QFY19) rose 87% to RM17.59 million from RM9.39 million a year earlier, thanks to better performance of both its aerospace and equipment segments, which recorded improved revenues.

Revenue for the quarter grew 27% year-on-year to RM178.77 million from RM141.32 million in 1QFY18, as it posted an increase in deliveries for casing and beam products in the aerospace segment, and as its hard disk drive (HDD) businesses in the equipment segment picked up pace.

The group said the acquisition is in line with its strategy to focus on development in the northern region of Peninsular Malaysia and to continuously replenish and expand its existing land bank in strategic locations.

Scientex Bhd is buying two contiguous pieces of freehold agriculture land measuring a combined 208.9 acres in Alor Gajah, Melaka for RM68.25 million or RM7.50 per sq ft. It plans to develop the land into a mixed property development.

Scientex said it is currently too preliminary to ascertain costs and values, but believes the proposed acquisition will provide it with adequate landbank to sustain its property development over the medium and longer term.

Mudajaya Group Bhd (MCB) said the RM118.6 million contract it was offered to build a 16-storey office complex called Hevea Tower in Sungai Buloh, Selangor, has been terminated by KLIA Consortium on Aug 13.

The job was part of a proposed development spanning over 2,330 acres of land owned by the Malaysian Rubber Board (Lembaga Getah Malaysia) – which was supposed to be completed by September 2019.

MCB said it will submit the claims for the outstanding amount including any other costs incurred to close the project’s account within the stipulated time.

MK Land Holdings Bhd is teaming up with Menteri Besar Inc (Perak) (MB Inc) to jointly develop a piece of land totalling 226 acres in Kampar and Kinta, belonging to the Perak State government, into a mixed development consisting of affordable housing and commercial units.

For this, its wholly-owned Ritma Mantap Sdn Bhd has entered into a Memorandum of Understanding with MB Inc to participate in the joint venture (JV), whereby MB Inc is to hold a 15% stake in the proposed development.

MK Land will carry out evaluations, technical assessments and financial feasibility study and is responsible for the entire development financing, which will be funded by internal funds and/or bank borrowings.

The proposed development is expected to be carried out and completed in phases over a period of 10 years with an extension of five years.