Pua vs Najib: Court of Appeal to decide on Najib's defamation suit withdrawal 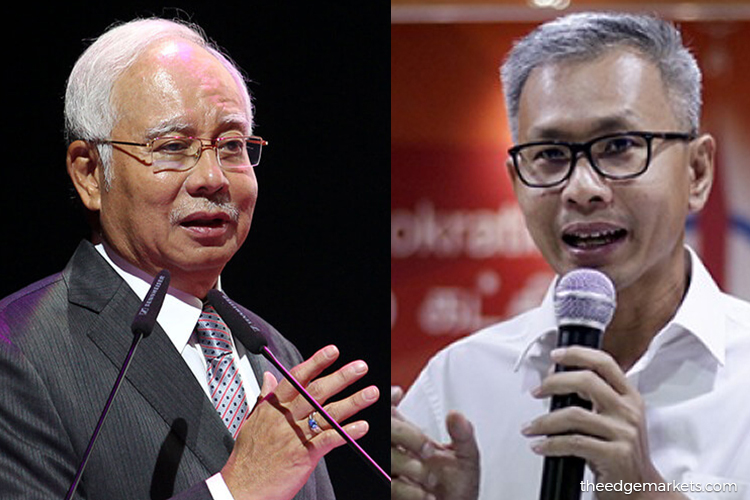 PUTRAJAYA (April 4): The Court of Appeal will decide whether former Prime Minister Datuk Seri Najib Razak's application to withdraw a defamation suit against Damansara MP Tony Pua Kiam Wee shall be stayed pending the decision of the Federal Court regarding Pua's appeal against an interim injunction obtained by Najib over a video about the tabling of the Shariah Courts (Criminal Jurisdiction) (Amendment) Bill or RUU355.

On July 30 last year, the Kuala Lumpur High Court allowed Najib to withdraw his suit against Pua over the video, despite the latter's objection.

Pua subsequently appealed to the Court of Appeal against the High Court's decision to allow Najib to withdraw his suit.

The appeal was fixed for hearing today; however, a three-man bench led by Court of Appeal judge Datuk Dr Hamid Sultan Abu Backer wants both counsels to file further written submission as they want to know whether there is an additional option of staying the discontinuance application filed by Najib until the disposal of the appeal in the Federal Court.

Counsel A. Surendra who acted for Pua told reporters that the Court of Appeal wants to find out if there's a possibility that the High Court could have stayed the trial including the withdrawal or discontinuance application until the appeal in the Federal Court is determined and disposed of.

"The Court of Appeal wants to know whether there's a second option, viable option or a correct option [that] should have been decided upon by the High Court," he added.

He said they filed the appeal against the High Court's decision in allowing Najib to withdraw the defamation suit on the basis that this is an abuse of the court process as Najib had received the benefit of an injunction order against Pua, which essentially meant Pua's defence was bound to fail.

"Whether this is an abuse of process for Najib to withdraw the defamation suit after getting the benefit of the injunction, our argument is we just want to set aside the discontinuance," he said.

The Court of Appeal will fix a date to deliver its decision after receiving further written submissions from both parties, Surendra said.

He also told reporters that Pua's appeal in the Federal Court will be mentioned tomorrow.

Najib sued Pua in his personal capacity, alleging that the latter had made defamatory statements against him on a live video relating to the tabling of the RUU355.

He claimed that the video clip uploaded by Pua or his agents on his official Facebook site, lasting two minutes and 21 seconds, titled 'BN Govt abandons all Bills to give precedence to PAS RUU355 Private Member's Bill' could be accessed widely and freely on the Internet.

On Aug 4, 2017, the Kuala Lumpur High Court granted Najib the interim injunction to prevent Pua, who is now political secretary to Finance Minister Lim Guan Eng, from continuing to make statements and air the video clip.

On Feb 14 last year, Pua failed in his appeal to lift the interim injunction order, prompting him to file leave to appeal at the Federal Court.

On June 20 last year, the Federal Court granted him leave to appeal.