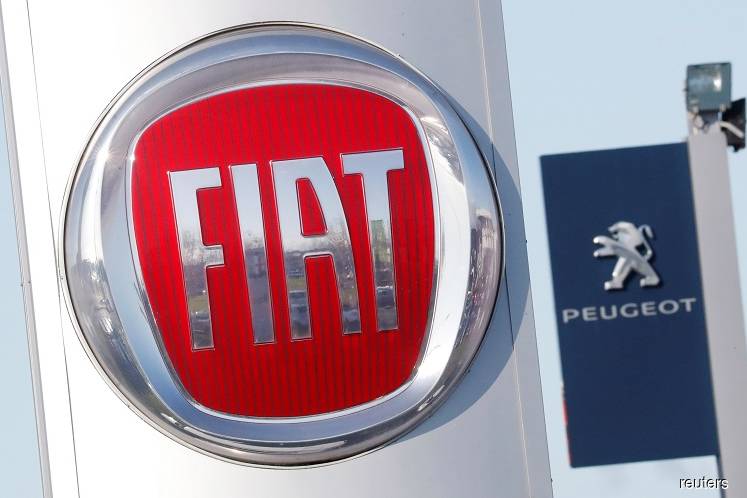 PARIS (June 23): A PSA Group shareholder is calling for the French carmaker to change the terms of its merger with Fiat Chrysler Automobiles NV to reflect the downturn in the global auto industry and the Italian-American manufacturer's declining prospects.

Six months after striking a deal to combine, the two companies' fortunes have diverged, Paris-based Phitrust said in a statement ahead of Peugeot-maker PSA's annual meeting on Thursday and Fiat's the following day. "Even back in December 2019, the respective situations of each group didn't justify a 50-50 merger," it said.

The auto sector has undergone a seismic shift since the two carmaking dynasties unveiled plans to combine into the world's fourth-biggest producer. The Covid-19 pandemic shut factories and dealerships across the globe, leading to a sales collapse.

While Fiat Chrysler is poised to get a state-backed €6.3 billion credit facility in Italy, PSA chief financial officer Philippe de Rovira has said the French company wants to be "as free as possible of public dependence".

PSA shares rose 1.2% in early trading today, while Fiat gained 0.9%, taking losses for both stocks to about 35% since the start of the year.

"PSA didn't burn through cash since the start of the year the way FCA did," Olivier de Guerre, head of Phitrust, said by phone yesterday. He added the combined company also faces complications from an expected post-merger restructuring in Europe.

A spokeswoman for PSA declined to comment on the critique, but pointed to the groups' joint statement last week in which they said preparations for the merger were advancing as planned. Fiat Chrysler did not respond to a request for comment.

PSA and Fiat Chrysler already have revised one aspect of the merger. They scrapped the €1.1 billion dividends each agreed to pay as part of their agreement, citing the negative impact of the Covid-19 crisis.

Their deal also included a plan for Fiat Chrysler to distribute a €5.5 billion special dividend. The companies have not provided details on that payment since the outbreak. PSA plans to distribute to its own investors its 46% stake in car-parts maker Faurecia SE, whose shares have dropped by about a third since the start of the year.