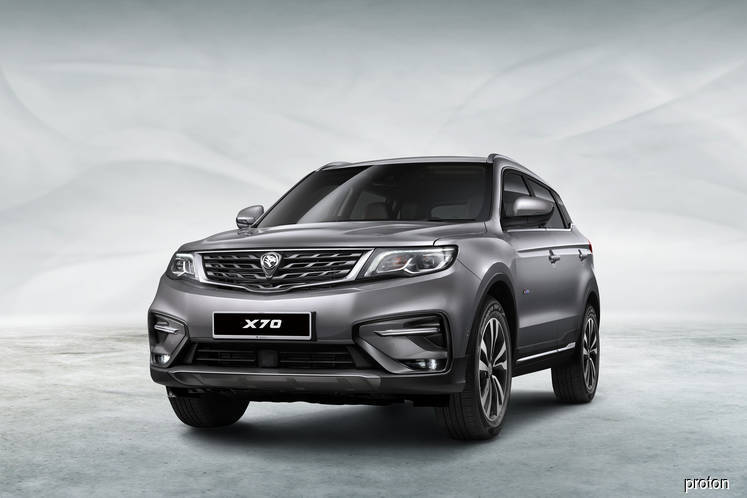 "We believe the X70 to be a game changer [for] Proton. (Zhejiang) Geely has continued to show its strong commitment towards Proton's turnaround and establish it as a major automotive player in Asean market.

"Post Proton X70 preview, we are positive with the new SUV model for its various innovative features and built quality. The model has received more than 8,000 pre-orders since September and (it is) expected to increase further with upcoming availability of online booking. Proton has no problem to fulfil the large pre-orders and expects sales volume to be 3,000-4,000 units/month. Our (DRB-Hicom earnings) forecast is unchanged and we maintain our BUY rating with SOP (sum-of-parts)-based TP (target price) of RM2.80," he said.

"Although Proton has not disclosed the selling price for the X70, we expect this C-segment SUV to be competitively priced relative to its peers at between RM120,000 and RM140,000. In addition, we were excited to learn that Proton has received encouraging pre-orders of over 5,000 units since bookings became available on Sept 18.