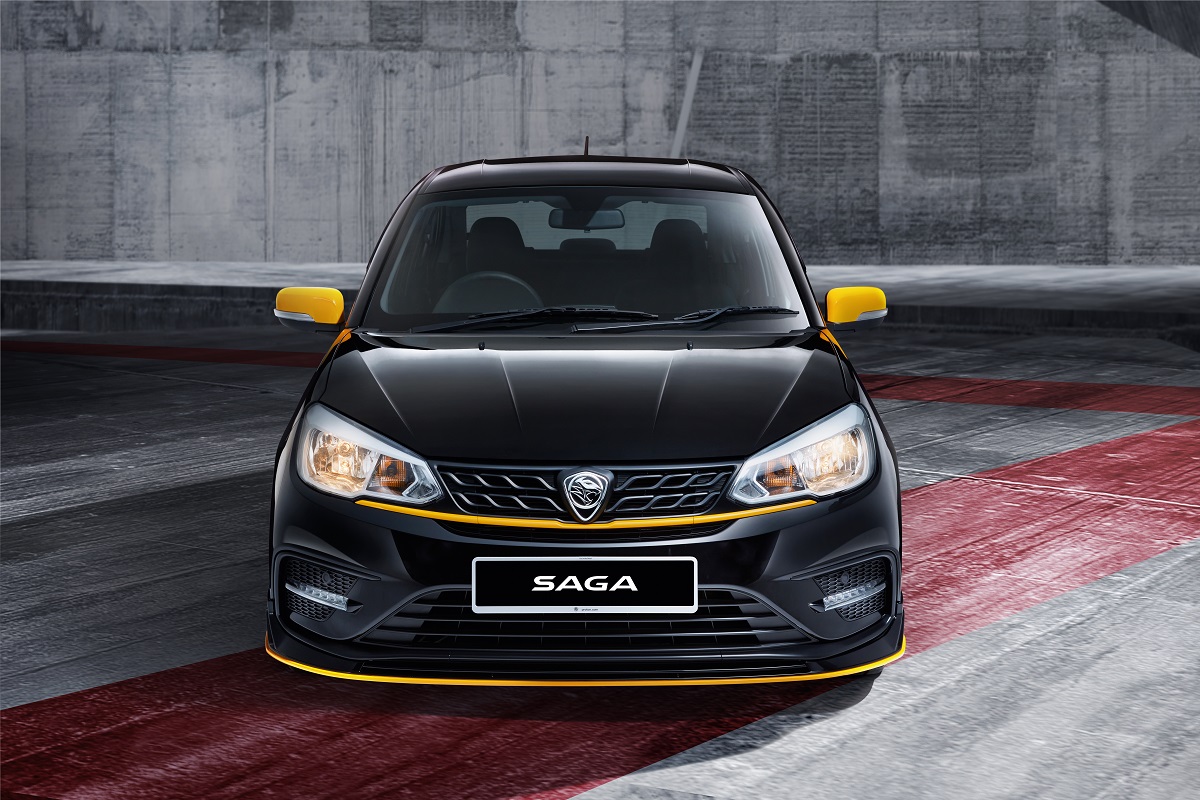 Proton says 1,100 units of the Saga Anniversary Edition will be made available exclusively in black with yellow highlights on both the exterior and interior of the car.

KUALA LUMPUR (July 9): Proton Holdings Bhd commemorated the 35th anniversary of the Proton Saga today by having its first virtual launch of the Saga Anniversary Edition.

The edition marks the 4,150,035th car to roll off the line, the company said in a statement.

“The Proton Saga is the car that put Malaysia, and therefore our economy, on wheels and it is still doing so,” said Proton chairman Datuk Seri Syed Faisal Albar.

In celebration of the anniversary, Proton said 1,100 units of the Saga Anniversary Edition will be made available exclusively in black with yellow highlights on both the exterior and interior of the car. It will be priced at RM39,300, the same as the current Saga Premium AT, after the zero sales tax rebate.

“The Saga Anniversary Edition is a special gift for a special occasion to all Malaysians. It is our way of saying thank you for supporting the Saga for the past 35 years,” said Proton chief executive officer (CEO) Dr Li Chunrong.

Proton also unveiled its 35th Anniversary Accessories package, which includes front and side skirtings, door visors, a hood insulator, a trunk lid cover and a boot tray, priced at RM2,035. The package can also be purchased separately — it offers significant cost savings of RM315 compared with purchasing the parts individually — and is compatible with the 2019 Saga model.

In addition, Proton said its N95 Cabin Filter, previously only available on the Proton X70, will also be made available for Saga, Persona, Iriz and Exora models registered after today. Current owners will have the option to purchase the N95 Cabin Filter for RM59, excluding labour charges. For a limited period until Oct 9, 2020, there will be a 15% discount on the price of the filter, Proton said.

On Bursa Malaysia, Proton’s parent company DRB-Hicom Bhd was down one sen or 0.6% to trade at RM1.80 as at the time of writing, giving it a market capitalisation of RM3.52 billion.