Proton forms JV with Geely to sell cars to China 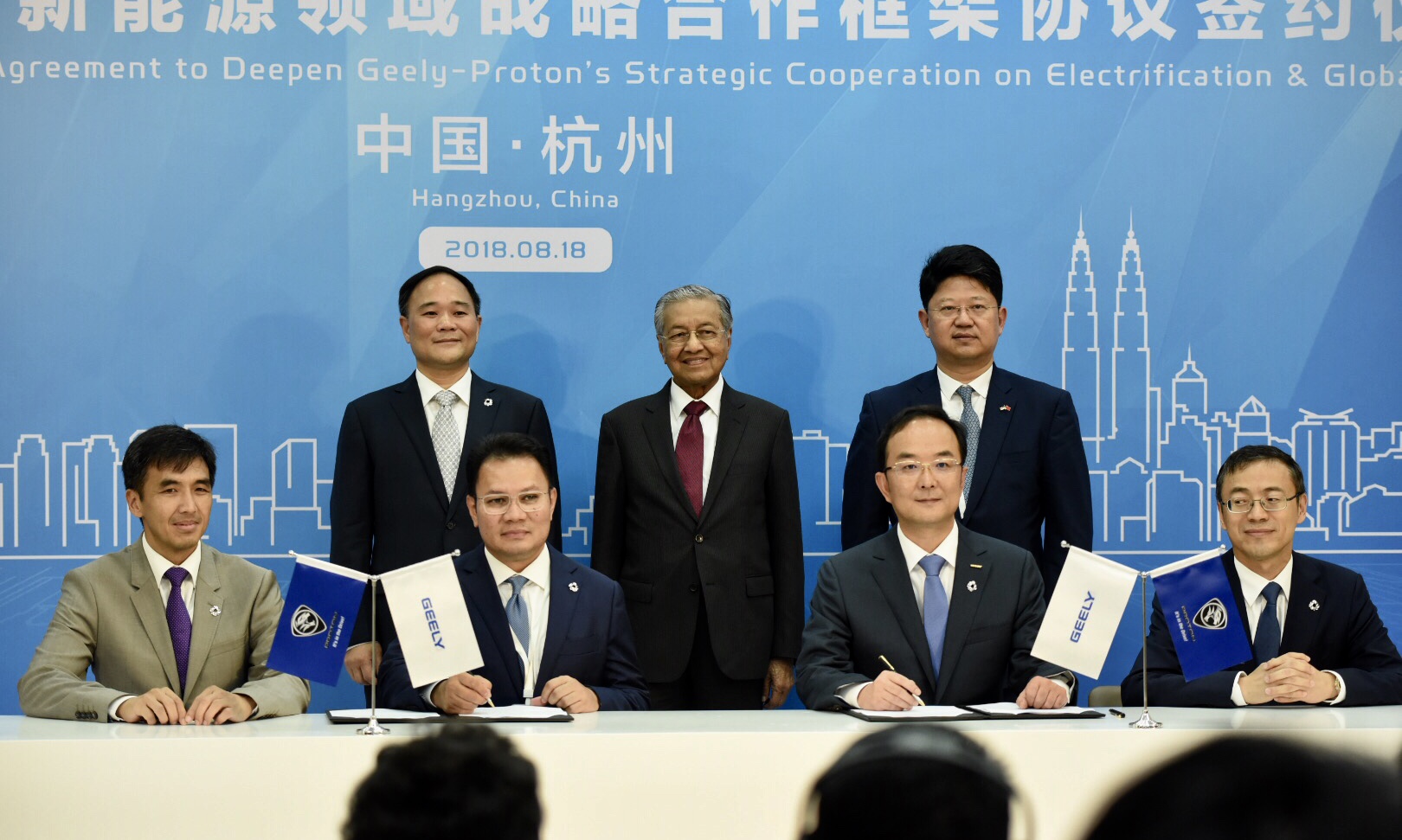 Proton Holdings Bhd and Zhejiang Geely Holding Group have signed a heads of agreement to form a joint venture (JV) for Proton to assemble and market cars in China. Proton will be setting up manufacturing facilities in China to execute the plan.

The JV will also help Proton develop a network of dealers to market its cars in China.

According to the statement released to Malaysian media today, the portfolio of cars for China will primarily come from existing Geely platforms, although the external design of the vehicles will be undertaken by Proton. However, the agreement also provides for existing Proton platforms that are found suitable to be developed into models for the Chinese market.

Geely and Proton target to incorporate the JV within the first half of 2019, subject to obtaining all regulatory approvals.

Proton’s chairman Syed Faisal, who signed the agreement, acknowledges that Geely as a strategic stakeholder helps to pave an easier route for Proton to penetrate the sizable Chinese market. However, the investment sum for the new plant in China is yet to be known as the two parties still need to conduct detailed study on it.

“Clearly with Geely on board, Proton’s route into China has become more tenable. Part of Geely’s role is to secure the manufacturing licenses and regulatory approvals required for such a venture under China’s regulations. Geely will also identify a suitable location where the manufacturing facility is to be based,” said Syed Faisal, who is also the managing director of DRB-Hicom Bhd.

Geely noted that since the Chinese carmaker acquired its stake in Proton, the latter has seen an improvement in sale that reached a 30-month record in July 2018. In the fourth quarter this year, Proton will launch its first jointly developed sports utility vehicle to strengthen its position in the home market and Asean.

Geely Holding Group chairman Li said the head of agreement signed today is an extension of the existing partnership that the group has established with DRB-Hicom.

“This new framework will help us to embark on the next stage of development for Proton cars and to assist the brand achieve its full potential in Malaysia and Asean, as well as globally by utilising new energy technologies and boosting the core competencies of the Malaysian automotive industry,” said Li.