Proton expects to secure partner by first quarter of 2017 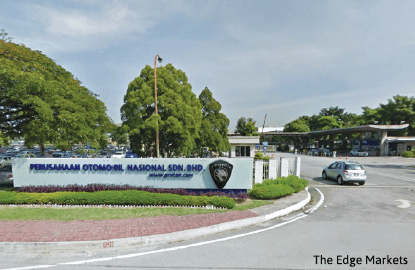 KUALA LUMPUR (Aug 8): Proton Holdings Bhd, which is wholly-owned by DRB-Hicom Bhd, expects to secure a partner to grow its automotive business by the first quarter of 2017 (1Q17).

In a filing with Bursa Malaysia today, DRB-Hicom said Proton is currently undertaking a request for proposal (RFP) exercise, seeking a partner.

“It must be highlighted that as part of the requirement of the RM1.5 billion loan granted by the government, Proton is currently undertaking an RFP exercise seeking a partner to Proton who can provide a strategic, operational and cultural fit on a permanent basis, with the intention to grow its automotive business,” it said.

The exercise, said DRB_Hicom, is expected to be completed in 1Q17 and its implementation is being overseen by the Task Force Committee formed by the government to monitor the turnaround of Proton.

The group denied that it may dispose of its entire stake in Proton as reported by The Edge Weekly in its Aug 8 - Aug 14 edition, and other media reports.

“DRB-HICOM remains highly committed to hold a substantial and strategic stake in Proton, and is confident of and is currently assisting Proton in its turnaround programme,” it said.

The Edge had reported that DRB-Hicom is expecting as many as seven bids for Proton by the middle of this month and may even sell as much as 100% of the national car manufacturer to foreign buyers.