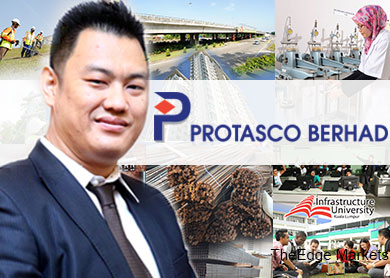 KAJANG (Nov 27): Shareholders of Protasco Bhd today voted to remove two non-executive directors namely Tey Por Yee and Ooi Kock Aun from the board at its extraordinary general meeting (EGM), which was adjourned from yesterday.

The EGM was requisitioned by two shareholders, Tan Heng Kui and UOBM (Tempatan) Sdn Bhd, who hold an 8.99% and 1.75% stake in the engineering firm respectively.

Protasco group managing director Datuk Seri Chong Ket Pen said the group's immediate priority is to recover the US$27 million in monies paid by it for a botched investment in an Indonesian oil and gas play.

"After resolving the (boardroom) tussle, the main focus is to recover the sum of money we paid for the Indonesian investment via legal proceedings," he told reporters after the EGM.

Still, Chong has yet another EGM to face tomorrow (Nov 28), which has been requisioned by Tey and Ooi, this time, to remove Chong from Protasco's board.

On this, Chong said he will attend the meeting and will not apply to the court for an injunction against anyone from voting, indirectly hitting out at Tey and Ooi who had earlier obtained an ex-parte injunction to prevent Protasco's shareholders namely Chong, Tan and UOBM from voting at today's EGM.

"I believe shareholders will give us the confident and the same support as in today's EGM," said Chong.

"I have been working in the company for 20 years and has established trust with the shareholders," he added.

Earlier, Tey and Ooi walked out of the EGM after the Kuala Lumpur High Court lifted an injunction and allowed Chong, Tan and UOBM to vote on the proposed resolutions to remove the duo.

Tey told reporters after the meeting that he will appeal against the lifting of the injunction.

Tey said he and Ooi refused to vote in the EGM that was "tainted with illegality".