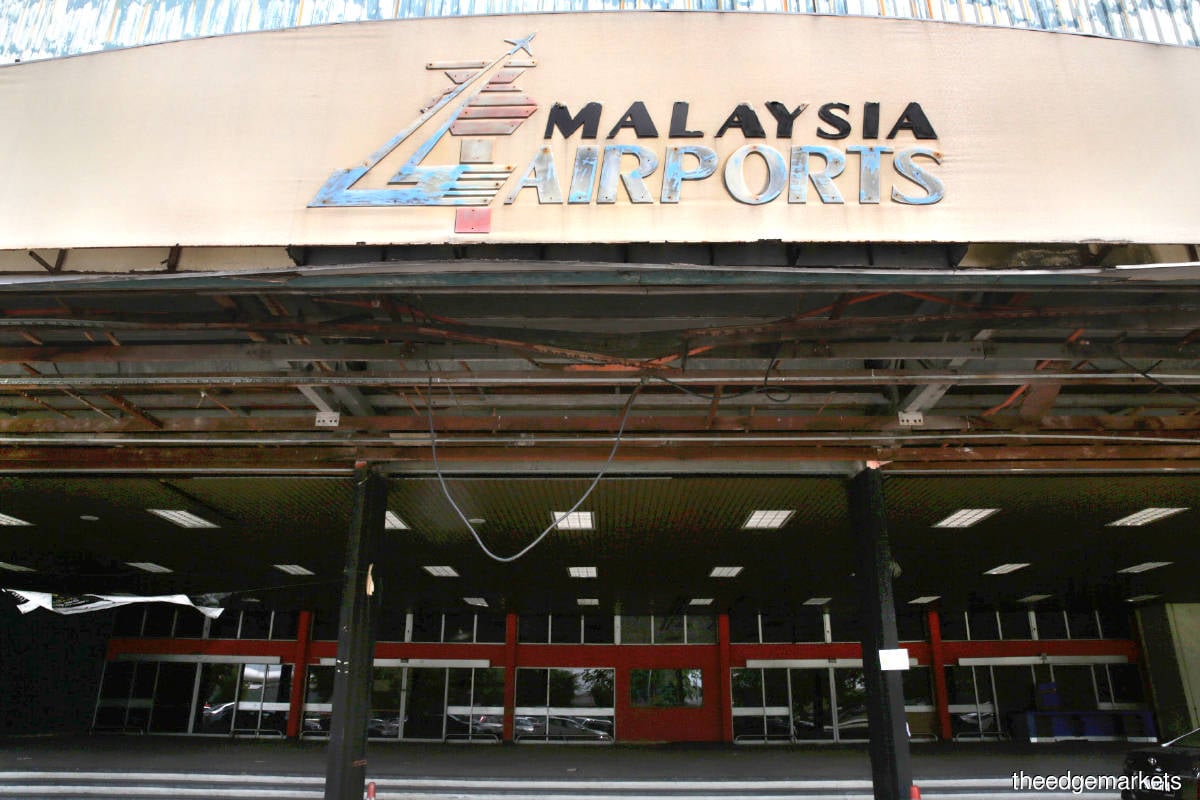 MALAYSIA has made big strides over the past few years to become a thriving business aviation destination, and today, it finds itself in an enviable position, handling the most number of business jets in Southeast Asia. In Asia-Pacific, Malaysia has the fifth largest business aircraft fleet, behind China, Australia, India and Hong Kong.

And prospects remain bright. According to market research firm MarketsandMarkets Research Pvt Ltd, the global business jet market is projected to grow from US$18.8 billion (RM77.3 billion) in 2020 to US$38 billion by 2030 at a compound annual growth rate of 7.3% during the forecast period, with Asia-Pacific remaining one of the world’s largest markets.

“Today, Malaysia is a centre for business aviation in the region and it is partly a result of having Subang airport (Sultan Abdul Aziz Shah Airport), which is conveniently located. Airports in Asia cater primarily to commercial aviation, but Subang airport is unique because it is a secondary airport that serves primarily business aviation, with the exception of a few commercial turboprops and some general aviation aircraft,” he says in an email response to questions from The Edge. Brana commends the Malaysian authorities, such as Malaysia Airports Holdings Bhd (MAHB) and the Civil Aviation Authority of Malaysia, for seeing the potential of business aviation early, which has led to the presence of several major players in Subang airport, including Dassault, ExecuJet, Senior Aerospace, Spirit Aerosystems and Airbus Helicopters that serve the sector. According to MAHB, Subang airport currently hosts about 60 aviation players, generating RM1.7 billion in annual revenues and 4,000 high-skilled jobs.

David Dixon, president at business aircraft brokerage Jetcraft Asia Ltd, says Subang airport’s low infrastructure costs have also enabled its maintenance, repair and overhaul (MRO) capabilities to steadily grow, providing the region with a great advantage. Still, for Subang airport to realise its full potential as a business aviation hub, incentives will be needed, either at the national or state level, he adds.

Aerospace and aviation players also point to a lack of capacity to meet growing business aviation demand in Subang airport. As such, it needs to act fast to stay ahead of the game. It is worth noting that Malaysia and Singapore are engaged in a healthy competition to become the leading MRO hub in Asia-Pacific.

Randhill Singh, head of KLIA Aeropolis Sdn Bhd, a wholly-owned subsidiary of MAHB, reveals that the airport operator is planning an aggressive ramp-up of capacity in Subang airport, as it hopes to benefit from the rebound in business aviation, which is coming back much stronger and faster than commercial aviation.

Last week, MAHB released a concept master plan for the redevelopment of Subang airport from now through 2025 at a cost of RM1.3 billion, which will add eight million sq ft of gross floor area to the existing infrastructure. This is a 300% boost from the existing GFA. The redevelopment includes the construction of new hangars with dedicated aprons for aircraft parking and build-to-suit and ready-built facilities, as well as raising SkyPark Terminal’s capacity to five million passengers per year, from three million currently, through the optimisation of its existing assets and deployment of technology.

Randhill says the Subang airport regeneration project aims to solidify the country’s lead position in the business aviation market and, together with Kuala Lumpur International Airport (KLIA), make Malaysia an aerospace and aviation hub for Asia-Pacific.

The project is estimated to generate over RM5 billion in economic benefits over the next five to eight years, including creating more than 10,000 jobs upon completion of the regeneration exercise, which is expected to result in another 74,000 jobs in the overall economy.

“We expect to double the number of operator-tenants hosted today and attract new third-party investments. We expect to attract an additional 20 mid-to-large operators to the airside and another 14 aerospace manufacturing and MRO companies to the landside. We are currently in advanced discussions with five global players,” said Randhill during the unveiling of the concept master plan last week.

“Our plans for the Subang airport regeneration are interdependent to those for KLIA. For instance, air cargo and logistics activities will be consolidated in KLIA. The MRO facilities in Subang airport, meanwhile, will cater to operators of business jets, helicopters, light aircraft, ATR and turboprops, while those in KLIA will cater to narrow- and wide-body aircraft. This is to ensure that the two airports do not cannibalise each other,” he explained.

Ivan Lim, regional vice-president for Asia at ExecuJet MRO Services, says there are around 70 business jets based in Malaysia.

“Because of the sizable installed fleet of business jets in Southeast Asia including Malaysia, the business jet MRO industry in the region has been growing,” he tells The Edge. This is a boon for ExecuJet MRO Services, which is the biggest business aviation MRO operator in Malaysia.

“However, business jet MRO in Subang is still limited in its ecosystem compared with other countries such as Singapore and China. Singapore was a first mover in this niche industry as we can see most original equipment manufacturers have a base in Seletar Airport, while China, just by the size of the installed fleet, will naturally attract OEMs to set up operations in the country to support their products.

“But the plan to redevelop Subang airport is definitely a step in the right direction to further develop the industry with a complete ecosystem and put Malaysia on the map as a major business aviation player in the region,” he says.

While the pandemic has brought many airlines to their knees in an unprecedented way, Lim says business aviation was not affected to the same extent.

“Generally, ExecuJet MRO Services fared reasonably well because business aircraft owners have made use of the downtime from not being able to fly by putting their aircraft in for maintenance. When the government first announced the Movement Control Order and the international border closure, it affected our foreign customers’ ability to reposition their aircraft to Subang airport for maintenance with us and that was a major problem not only for ExecuJet MRO Services, but all MRO companies in the country. However, this issue did not continue for too long. Overall, we managed to see a 15% growth in maintenance activities in 2020 versus 2019,” he adds.

Lim anticipates that the business aviation MRO market in Southeast Asia will continue to grow this year in tandem with business jet ownership and activities. “We are seeing new business jet owners coming into the market. Many have opted to enter the market by buying a pre-owned aircraft, taking advantage of the lower price and the fact that it is available immediately. We are seeing charter activities picking up again. All these are indicators that the industry remains robust and active. With various countries in the region starting Covid-19 vaccination programmes, we hope international border restrictions will ease sooner, rather than later, which undoubtedly will help the entire aviation industry.”

“They need a business jet because they have businesses overseas. It is far more convenient to fly on a business jet since you fly according to your schedule, not the airlines. Some aircraft owners are involved in agriculture, mining or other industries located in places that commercial airlines either don’t serve with direct flights, or have only a few flights per week. The impact of the pandemic on commercial aviation has meant commercial airlines have reduced their network tremendously, but business people are turning to business jets as a solution — they can go to a lot more places and save a lot of time.

“Some executives are looking to buy a business jet because many no longer feel so comfortable flying on a commercial airline,” he adds, noting that people are gravitating towards owning business jets with larger cabins and a long range.

“Regionally, Asia has been hit much harder than this, primarily due to the requirements for mandatory quarantine. We are not anticipating any significant easing of quarantine until the end of 2021.

“At the same time, 2020 saw a sharp decline in aircraft sales in the region as buyers held off purchasing due to all the restrictions. Long-range business jets are still the most popular due to the distances that many of our clients must travel,” he says. ExecuJet is expecting 2021 to continue to be reasonably subdued, with most activity and interest being in the pre-owned business aviation market.

“Asian business aviation had reached a point prior to Covid-19 where the infrastructure and access to major cities in China, Hong Kong and Singapore was starting to negate many of the benefits of owning your own aircraft. This was one factor that had created a plateau in the total installed customer base in the region.

“These issues have not been addressed and once flying activities commence, this will again be a factor. For the sector to grow in line with demand, more needs to be done to ensure there is greater investment in airport infrastructure for the business aviation community,” says Porter.

Jetcraft’s Dixon notes that Asia’s market for pre-owned business jets has been growing in popularity. In the past year, the company has seen the number of first-time buyers of pre-owned aircraft doubling from previous years.

He says historically, buyers in Asia have tended to purchase new private jets, but there is now a growing acceptance of pre-owned aircraft. “First-time buyers are appreciating that they can opt for a larger, longer-range aircraft for the same price as a smaller, brand-new jet.

“As borders begin to reopen and demand for travel increases, we are confident the private jet market will continue to expand, particularly as commercial airlines still face many barriers to their recovery,” he adds.