Property Trends: Property management and security at your fingertips 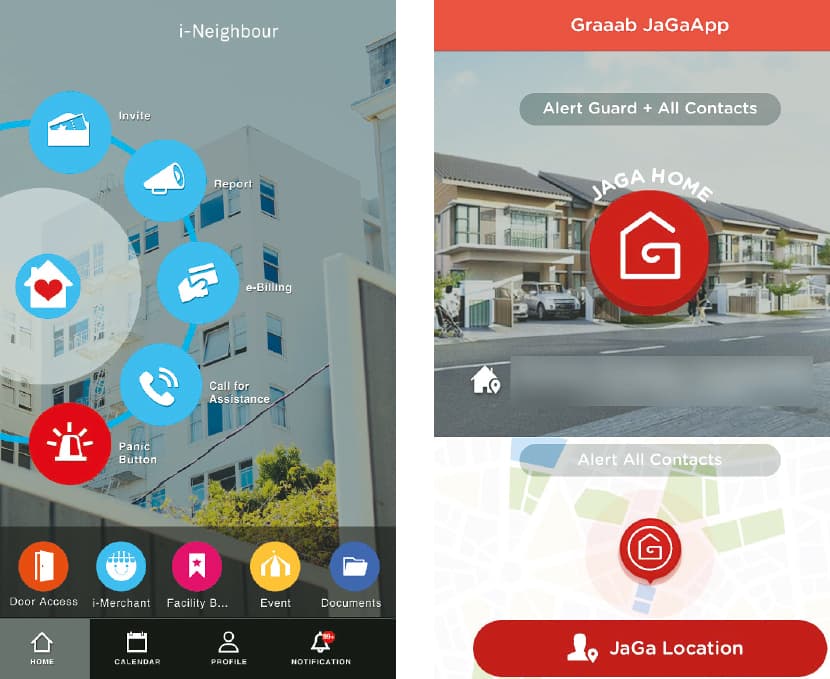 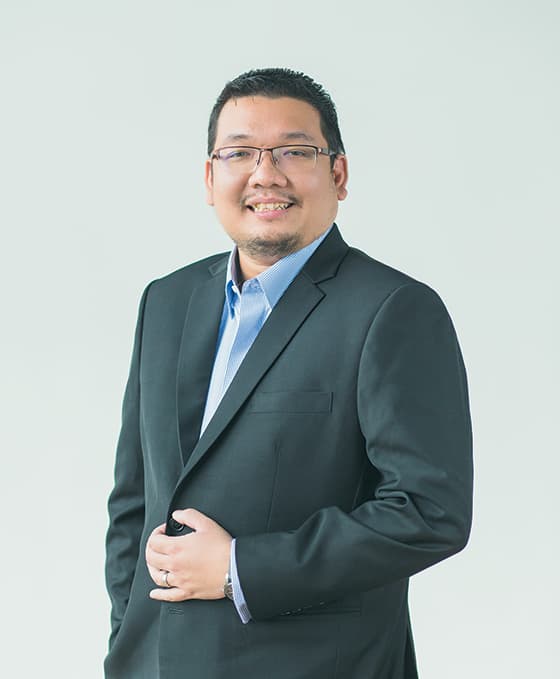 Jonathan: Some consumers might not be able to adapt to this kind of technology and a lot of education and awareness has to take place. Photo by Reapfield Properties Sdn Bhd 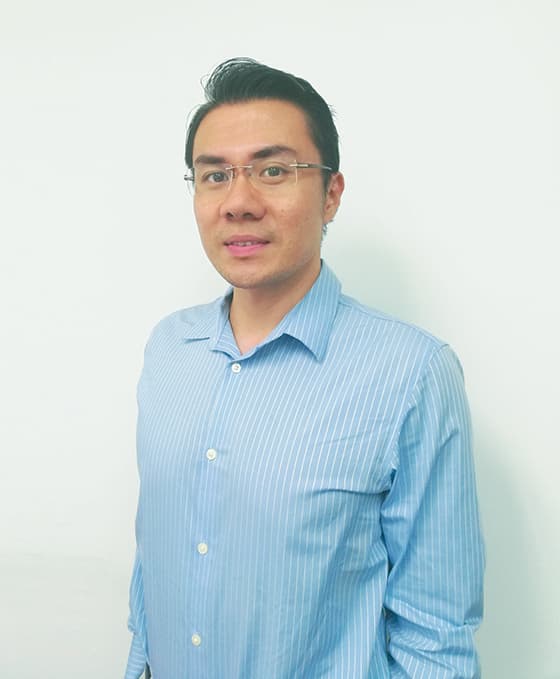 Lee: Now, mobile apps are widely used as they are less expensive to install, set up and maintain, thus saving on costs. Photo by LaurelCap Sdn Bhd

Smartphones and apps have become such an important part in our lives these days that we would feel lost without them. We have come to rely on apps for messaging, navigation, ride hailing, games and much more.

Apps for the property industry are becoming widespread as well. LaurelCap Sdn Bhd director Leea Wei Keat says he first noticed the trend in 2015. Now, they are widely used as they are less expensive to install, set up and maintain, thus saving on costs,says Lee. For example, an app could be used to replace a traditional intercom system, which is more expensive and tedious. Mobile apps eliminate this issue besides being more versatile, and “can be updated and new functions introduced.”

The downside is that they require internet and mobile coverage, might hang from time to time and require rebooting.

Reapfield Properties Sdn Bhd group chief operating officer Jonathan Lee highlights another issue with apps, which is information and data protection. “Some consumers might not be able to adapt to this kind of technology and a lot of education and awareness has to take place.”

He also saw the emergence of apps two to three years ago and believes this is due to increasing awareness of technology and the proliferation of mobile phones.

Jonathan notes that property apps will be more sustainable if they are adopted at a very early stage.

“For example, if I, as a developer, come up with my own version of an app, it would be sustainable because it is part of my operational cost and branding for all my developments. I think developers should start thinking about all these during the conception of their projects.”

Safe and sound
In Malaysia, property app creators, on their own or in collaboration with property developers, mainly focus on security and property management. They include i-Neighbour Smart Community, Graaab JaGaApp and MyTaman. Meanwhile, property developers such as Aspen Group, Sunway Property, Green Target Group Sdn Bhd and Eco World Development Group Bhd are working with app developers to create their own apps.

The creator of i-Neighbour Smart Community, Teh Hon Seng, says he realised that apps could be an effective communication platform in 2013 when he witnessed the frustration of those managing strata-titled residential properties. He thought that advances in smartphone technology could provide a way to solve this problem.

Teh, who is the founder of TimeTec Group Sdn Bhd, then decided to develop the i-Neighbour Smart Community app, the functions of which include visitor management system, in-app intercom, panic button and barrier gate control. Additional functions can be added upon request, including a notice and incident report board to make announcements, complaints and feedback. Others include facility booking, maintenance payment and online shopping.

The app is a spin-off from the company’s web-based visitor management system and the target group is the residential community.

It took about two years for the app to be developed, with the time mainly spent on building a strong and secure back-end system, says Teh.

i-Neighbour Smart Community has been well received in both the local and international markets. A few months after its launch in April last year, IOI Properties Group gave the company a letter of award for the app to be used in the group’s newer developments. As for the international market, enquiries have been received from the Middle East, Mexico and Singapore.

The functions of Graaab JaGaApp are similar to that of i-Neighbour Smart Community. Co-founders and directors of Red Ideas Sdn Bhd Ignatius Ho and David Foo have their own reasons why they came up with the app. Foo, who lives in a high-rise, once had to walk down 18 floors when the lifts in his high-rise malfunctioned. Ho, who has a landed property, saw the problems that could arise because of miscommunication between the residents’ association, security guards and the residents.

Graaab JaGaApp can be used in any community — older neighbourhoods as well as new developments — as long as it has a residents’ association, says Ho.

Functions include access card requests, renovation forms checking, feedback on various issues and a panic button for gated communities. The fee is RM600 per month regardless of the number of houses or units in the community.

A new function is the ability for residents to make use of their smartphones in place of an access card.

Each card, Ho explains, comes with its own tag number. Once the number is input into a resident’s account, he or she will be able  to use the device as an access card via a smartphone’s near-field communication technology.

“This technology requires some hardware integration such as NFC readers, which may or may not be expensive depending on the site and layout. We do this for new developments rather than existing developments,” he says.

To make the app easier to use, especially for senior citizens, Ho says the app interface has three big buttons of different colours to make them easier to see.

“In the event they don’t have a smartphone or don’t know how to use it, they will still be able to call the guard house using the traditional phone. The house phone numbers are input into the system. The Graaab JaGaApp device in the guardhouse will also have a SIM card so that it can receive and make mobile calls,” he explains.

The app can be customised for schools, orphanages, universities and hostels. “For now, our market is residential, with a few commercial customers. In the future, we hope to go into more sectors,” Ho says.

Graaab JaGaApp was launched in 2015 after many hours of dialogue and research with various property developers and residents’ associations in Malaysia.

One property developer that is using the app is  IJM Land. Managing director Edward Chong says IJM is aware of the intrinsic value of security and safety and has hence taken steps to implement a community mobile app in several residential precincts.

“The app provides convenient access to information and services, all in the palm of your hand,” he says.

The app is available for residents of Bandar Rimbayu, Seremban 2 and Seri Riana. “We assist the residents in investing in the start-up cost and running expenses. Thereafter, residents can continue to enjoy the features at a negligible cost, considering the peace of mind and convenience they will have, says Chong.

The system is currently deployed in residential precincts, and a feasibility study is being carried out to see if it can be extended to commercial precincts.

Across the globe
Today, there are numerous property-related apps around the world. Besides sales and rental information, there are apps that help you select the materials for your dream apartment or home or even to furnish your room, such as DIY Flooring Designer, Home 3D, Wallcoverings, Legal 4, Redfin and HomeSnap from the UK and US.

According to JLL China country head Eddie Ng, Chinese property management companies have apps with functions such as utility bill payments, notice board for the community, online sales platform and delivery services.

These apps are common in mid to high-end properties managed by property management companies in Tier 1 and 2 cities. Ng says property developers in China collaborate with app developers to create these apps.

India, too, has similar apps such as Society Connect, MyGate and GateKeeper, covering basic security and management functions including panic button, pre-registration of visitors and community notice board.

In Hong Kong, JLL, a global real estate services firm that specialises in commercial property and investment management, went hi-tech by providing security guards of commercial buildings an easy-to-use app that speeds up reporting while on patrol.

Security guards need not carry walkie-talkies to register at their checkpoints. The app enables them to enter key points on their patrol route and the data collected is immediately logged on the control room system.

There is no denying the benefits of mobile apps. Despite the challenges, their use will become more widespread in view of the rising demand for more secure and inclusive environments.