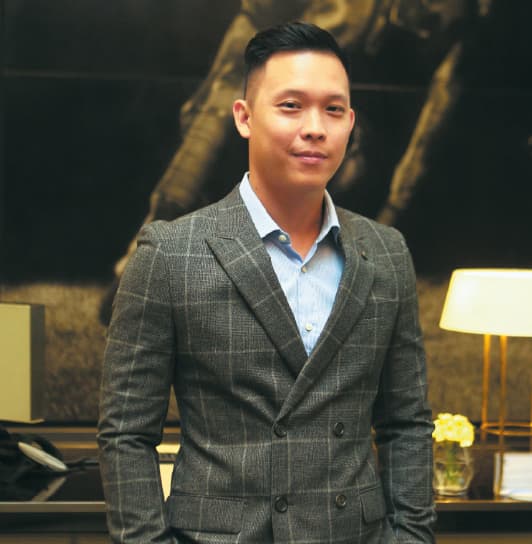 "Many people in Malaysia, especially the older generation, are conservative with their spending. But when it comes to investments, we always encourage people to look out of their comfort zones." - Chew. Photo by Patrick Goh/The Edge 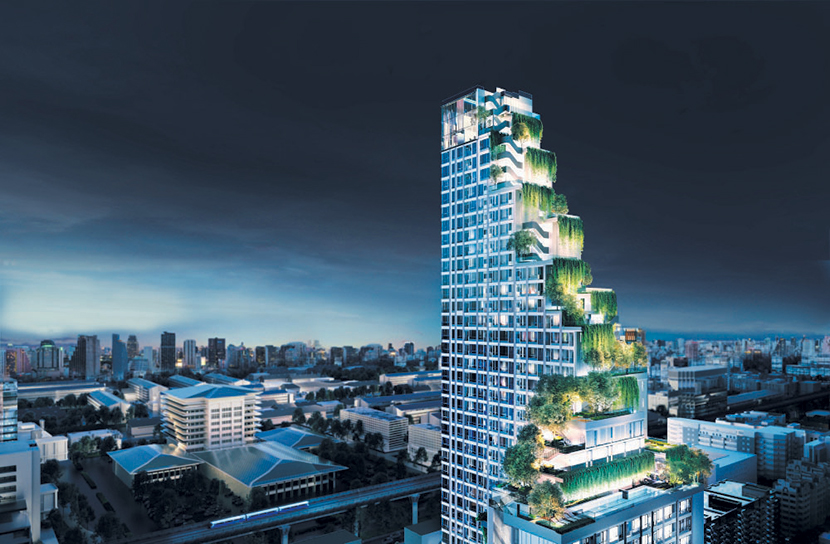 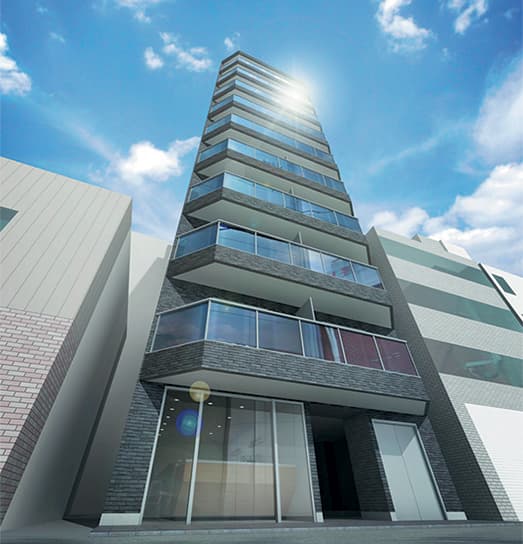 The Peak Shinsaibashi in Osaka, Japan

Every year, many Malaysians make their way to Thailand and Japan for their vacations. But these countries may be more than just popular tourist destinations. They could also provide opportunities for local property investors looking to venture abroad.

That is because Bangkok, the capital of Thailand, has seen property prices rise steeply over the years while Japan has a strong rental market that offers steady yields, says Prime International Properties Sdn Bhd managing director Justin Chew.

“We help with portfolio diversification. [By investing abroad], you are hedging against your own currency and hoping that you win from the capital appreciation or the rental yields in the country you bought into,” he adds.

“Many people in Malaysia, especially the older generation, are conservative with their spending. But when it comes to investments, we always encourage people to look out of their comfort zones.”

Prime International Properties specialises in helping investors buy properties abroad that are developed or owned by it. In Japan and the UK, the firm partners local companies to develop projects and sell them to foreign investors. In Thailand, it buys up properties to sell to investors. The company has joined Dennis Wee Group in Singapore and FM Investment in Hong Kong to pool funds and underwrite developments.

Chew’s company switched from investing in Malaysian properties to foreign markets six years ago because it saw the potential abroad. He also chose to focus on unconventional markets due to the limitations he observed in the more popular destinations.

“We started off by investing in the UK and Australia because everyone was buying into those countries. But everything has started to slow down due to Brexit and the increased stamp duty in Australia. The latter also has this regulation where foreigners cannot sell their properties to locals — they must sell them to other foreigners. So, there are many limitations,” he says.

Foreign buyers of Australian properties have to pay application and vacancy fees and are subject to a quota for purchases in new developments. So, Chew now focuses on Japan and Thailand — specifically Tokyo, Osaka and Bangkok, — although the company continues to invest in the UK.

According to Knight Frank’s Prime International Residential Index (Piri) 100, which tracks the world’s luxury residential property markets, Bangkok saw a 4.5% price growth last year while Tokyo saw a 2% increase. Both cities are among the top 50 markets on the index.

One of the factors that drove Chew to choose these two locations is familiarity. “If you are buying something offshore, you need to believe in the country first,” he says.

Like many Malaysian tourists, he is a frequent visitor to the two countries, whether for work or play. Visitors would have seen for themselves the growth potential of those markets.

“In Thailand, you are talking about collecting rents and good resale values. The country is No 1 in the world in terms of tourism. Annually, more than 30 million people visit the country, especially Bangkok,” says Chew.

“Nearly all Malaysians have been to Bangkok as it is a short getaway and a shopping destination. That breaks the first barrier of why people should consider investing in something outside their country.”

The high number of visitors means short-term rents and Airbnb bookings could bring a steady income. “The rental yield in Bangkok is 5% to 6% on average, whether it is short or long-term rents. Capital appreciation is something everyone banks on in Thailand,” says Chew.

“Compared to when I first started in Bangkok six years ago, property prices there have increased four times. Renting out properties in Bangkok is not the hardest thing to do because it has a large expatriate community and a huge influx of foreigners.”

Bangkok is also a recipient of foreign investments in infrastructure, a trend that is pushing up property prices. “It is about roads, highways, internet speeds and how many countries are investing in this particular country. For instance, Japan, South Korea and China are investing heavily in Thailand’s infrastructure,” says Chew.

On the other hand, Japan is a rental market that could promise a steady income. “If you want rental yields and you are not so concerned about selling the property, then go for Japan because it will give you a good rental yield and a property you can keep for generations. It is freehold anyway,” says Chew.

There is also less risk than investing in Southeast Asian countries such as Cambodia and Vietnam as there may be hurdles like difficulty in transferring property titles in those markets. But the risks remain. Just as how Singapore and Australia tightened their property regulations, the same will eventually happen in these unconventional markets, Chew admits.

So, those who want to invest in property abroad should take their chance when they can, he says. “We always advise people to invest now and not wait. For instance, back when Singapore was my main market, there was no such thing as stamp duty. It was at a minimal rate of 3%, but people still complained about it.” Since then, the Singaporean government has imposed an additional buyer’s stamp duty that can go up to 20%, which buyers have to pay on top of the original stamp duty.

Banking on tourists and rental income

For the last five years, Thailand has been Prime International Properties’ best market. That was in part driven by the Thai government’s efforts in 2013 to open up 49% of high-rise developments to foreign buyers. Many investors from Hong Kong, China and Japan started flocking to the market. Chew took the opportunity to buy up the foreign quota for each development.

Foreigners are only allowed to buy outright high-rise properties in Thailand. All of Prime International Properties’ units in Bangkok are in the mid-to-high range, with the average cost ranging from RM400,000 to RM1.6 million. The company also has a property management arm in the city to manage short-term rents for its customers. It is currently managing properties for more than 3,000 buyers.

“Our main sales market is Hong Kong. Every weekend, we are able to dispose of 30 to 40 units to Hong Kong buyers. On average, it takes six months to sell out our Bangkok units,” says Chew.

The company only has units in Bangkok because it is most confident of the growth potential of the capital city, he adds. The unit sizes in the city are small. A one-bedroom unit of about 300 sq ft costs RM1.2 million or RM4,000 psf, which is cheaper than in places like Hong Kong and Japan.

“Bangkok’s accommodation culture is very similar to that of Japan and Hong Kong, where people are used to small spaces. When we first marketed Bangkok seven years ago, many Malaysians were shocked over the unit sizes in Bangkok. But now, people are familiar with them,” says Chew.

Meanwhile, Japanese properties are more expensive but can offer high rental yields. That is because many locals prefer to rent rather than buy properties. Japanese corporations also tend to move their employees around the country, says Chew.

“Japan has a good rental yield, which not many markets are seeing. For instance, Malaysia is seeing maybe a rental yield of 3% and Singapore, 2%. But because the Japanese prefer to rent rather than buy, the yield is easily between 8% and 9%,” he adds.

“The interest rate in Japan is also very low at 2%. If you are talking about long-term rents, it is maybe between 4% and 5% yield per year. Japan is also one of the few countries that have approved Airbnb [in certain wards].”

All of the company’s properties in Japan are high-rise buildings that cost RM1.5 million to RM4.5 million. It works with Japanese company Dualtap to develop the properties. According to Chew, it usually takes a month for the units to sell out.

He recommends that investors take advantage of the low interest rates in Japan to take out loans to buy property there. On the other hand, those looking to buy Thai properties (especially those below RM350,000) should use cash because Thai interest rates are above 6%.

Despite the focus on unconventional property markets, Chew says the company is still expanding its portfolio in the UK, particularly in Manchester — which has a stadium popular among international visitors — and Cambridge. “The returns for the units near the stadium will be higher because for every single match, it draws in more than one million people from all over the world. People want to watch the English Premier League and the World Cup. That translates into short-term rents. So, Airbnb is doing very well in this location,” he adds.

The company’s properties in this area range from £100,000 to more than £200,000. The projects are completed through a joint venture it set up with CERT Properties Ltd.

“The long-term rental yield in the whole of the UK is not high. At most, it can give you 3%. If you factor in Airbnb, you can possibly get between 5% and 6%. Most people buy UK properties because they want to send their children there to study,” says Chew.

That is why the company is expanding to Cambridge, although its products are on a smaller scale and cost about £500,000. “The UK is a place where people invest because they are comfortable financially,” says Chew.

Chew started out working in sales and marketing for Mah Sing Bhd and OSK Bhd. After several years, he ventured into international properties and learnt some hard lessons along the way.

Prime International Properties was previously known as SQFT Global Properties Malaysia, which was then affiliated with its Singapore counterpart. But in 2016, that firm got into trouble when the developer of a project it had invested in New Zealand was liquidated before the project was completed.

“That was one of my first few developers. We did not have any department for due diligence like we do now,” says Chew.

Now, the firm carefully screens every potential partner developer. “Ultimately, we have to protect ourselves because we are also an investor,” he says.

Chew also only works with trusted developers. In Thailand, the company buys up the properties so investors can trust the company.

“It is riskier for us. That is why we only work with listed developers. Even if they want to wind up their company, it would take years. We have a due diligence team that checks the developer’s background thoroughly. We also believe in supporting the same developer and helping them grow,” he says.