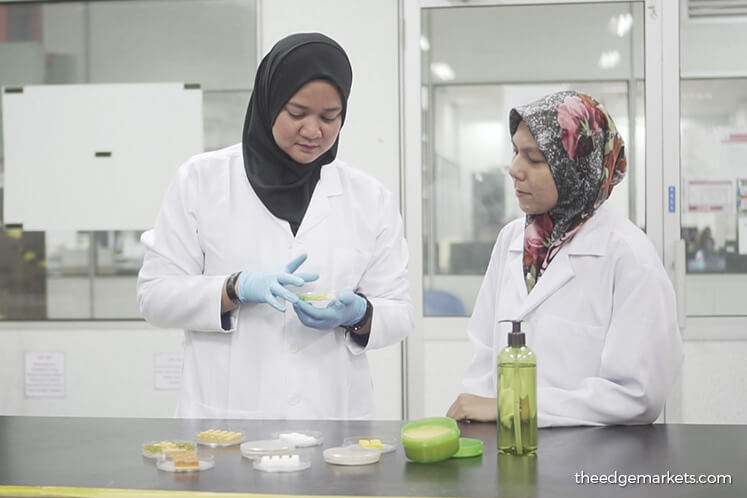 Murali Prasad was at Pasar Besar Selangor in Seri Kembangan just after the Restricted Movement Order (RMO) was announced and noticed that there were no hand sanitisers around. He proceeded to a Starbucks drive-through across the road and realised that there were no hand sanitisers there either. He became concerned because these would be common areas visited by people during the RMO period.

“People are getting exposed. It is worrying because even if you walk into certain 7-Eleven outlets, there are no hand sanitisers left,” says Murali.

He began to understand why: the volume of the product was low and prices were generally too high. Not long after, while scrolling on social media, he saw an initiative by the Indian Institutes of Technology (IIT), which was producing hand sanitisers in its labs.

“I guess, it is the same problem for everyone everywhere. A friend of mine asked if we can do this in Malaysia and I said, ‘Why not?’”

Murali, who is country lead of the US State Department’s Global Innovation Through Science and Technology (GIST) movement, got in touch with the University of Malaya (UM) and a few other universities to see if they could take on the project. Needless to say, they were eager to do so.

These hand sanitisers are produced using a simple dilution process. Denatured pharmaceutical grade ethanol is diluted and added to a few other compounds. “This can be done on a lab scale, but we will try and produce as much as we can,” says Murali.

There are several universities producing these hand sanitisers in their labs now, each according to their particular capacity. UM, for instance, can produce 75 litres a day while Universiti Malaysia Perlis (UniMAP) and Universiti Utara Malaysia (UUM) can produce 50 litres and 25 litres a day respectively.

“At UM, for example, if we put the sanitisers in 100ml bottles, it works out to 750 units daily — a small number, but it is better than nothing,” says Murali.

Murali breaks down the cost of the hand sanitisers: 75 litres of hand sanitiser requires 50 litres of ethanol, which costs RM800. That comes up to RM10 a litre and an estimated RM1.10 for a 100ml bottle. “That is dirt cheap,” he points out.

Interestingly, Murali says the packaging is costlier than the product. The bottle itself costs RM2 each. “We are trying to keep the price low. But even with the materials and costing we have now, the total price of a 100ml bottle is estimated to be RM4, which is unheard of.”

The price of hand sanitisers in the market is too inflated, says Murali, which is not fair, especially in the middle of the Covid-19 pandemic. While the production of the sanitisers only started two days ago, this unfairness is motivating his team to keep producing sanitisers in the university labs.

“We are also speaking to ethanol suppliers to keep some supply aside for us. Ultimately, we want to protect the vulnerable, like the police and the food delivery people,” he says.

“We do not plan to do this for the long term, only until the government comes up with a better plan. So, we need sponsors who can absorb the cost of these materials,” he says.

Murali says that ideally, large pharmaceutical companies should be part of this as they can mass produce these hand sanitisers and give them out to people who need it for free. “I encourage larger companies and pharmaceuticals to use this formula for mass production as we can only produce it on a small scale.”

For more information, go to https://spark.adobe.com/page/ruThkQIE4ZdPt/.