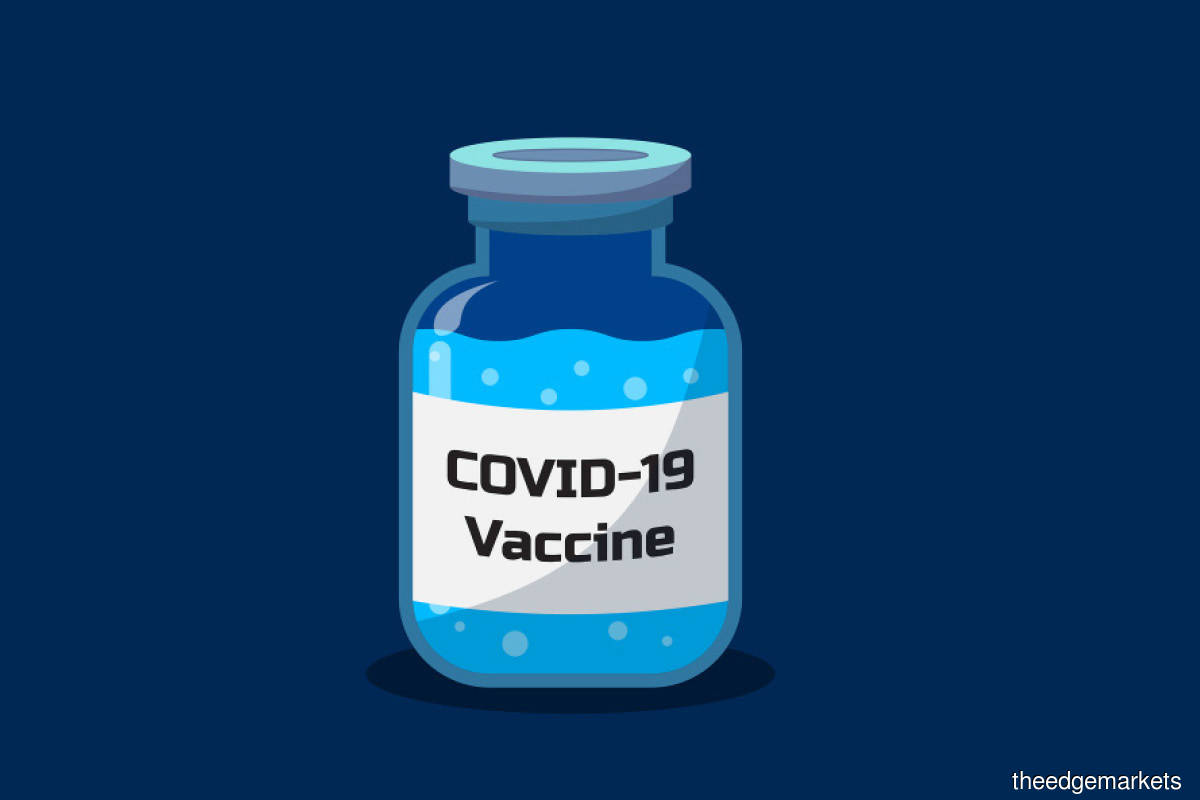 AHEAD of an anticipated mass roll-out of Covid-19 vaccines in Malaysia next year, private sector players are positioning themselves to fill any gaps in the vaccine supply chain, notwithstanding Putrajaya’s supply arrangement with Pfizer and the Covid-19 vaccine global access (COVAX) facility.

Comments by Minister of Science, Technology and Innovation Khairy Jamaluddin that vaccine arrangements by private companies are purely commercial deals and not related to the government have not dimmed private sector interest in the Covid-19 vaccine supply.

Local companies that have jumped onto the bandwagon say they are not unduly worried, as they believe they have a role to play in the supply chain, particularly if they are able to obtain vaccines that are safer or more affordable.

MyEG Services Bhd, which has inked a deal with China’s Anhui Zhifei Longcom Biopharmaceutical Co Ltd (Zhifei) to supply its vaccine, believes the government will also secure supplies from the private sector.

“While the government has announced that it is currently working only with Pfizer and COVAX, we believe nonetheless that Covid-19 vaccines will be part of the new normal in a post-Covid era and, thus, we are confident that the government would not confine itself to only the aforementioned suppliers, but would want to be prudent by expanding its options should there be a safer and more affordable vaccine that also qualifies for halal certification,” MyEG Services (MyEG) co-founder and managing director Wong Thean Soon tells The Edge.

“After all, this would be consistent with the government’s intention to catalyse the local vaccine industry as demonstrated by the provision of various incentives in the recently announced budget,” he adds.

Yong Tai Bhd CEO Datuk Wira Boo Kuang Loon agrees that while it is the right move for the government to take the lead in getting the vaccines, private sector participation is also needed.

“Private companies need to come in and get more supply for the government. That is where we play the role,” he says.

“The vaccine issue is not about who starts first; it is about the production capacity. For a country to achieve herd immunity, you need 60% to 70% of the population taking the injection.”

Boo notes that it may take years for Malaysia to obtain sufficient vaccine supply, and thus, both the public and private sectors have to work concurrently.

“As COVAX is an equal distribution, can Pfizer make up the shortfall?” he asks. COVAX is an initiative by the World Health Organization to level the playing field and aims to deliver at least two billion doses of vaccines globally by the end of next year.

Prime Minister Tan Sri Muhyiddin Yassin has said the government is looking to increase its Covid-19 vaccine purchase to cover the immunisation needs of 60% to 70% of Malaysians, compared with 30% currently.

Private sector in urgent need of vaccines for workers

Solution Group Bhd managing director Barry Lim points to the thousands of workers in the private sector, especially foreign workers, who are in urgent need of vaccination.

“I don’t think they can wait for the government supply. We are also actively engaging partners in the Asean countries.”

It is worth noting that Solution received the National Pharmaceutical Regulatory Agency’s (NPRA) approval last Thursday for the design plan and layout of its vaccine fill and finish facility. This means the company can begin construction of the facility, which is expected to be ready by March next year.

The expansion will be funded by its recent private placement to raise RM18.67 million. An extraordinary general meeting will be held at the end of this month for its proposed diversification into the pharmaceutical-related business.

Among companies venturing into vaccine distribution, Solution has been the best performer in terms of share price performance since announcing its venture in August. The stock hit an all-time high of RM2 on Dec 7, which is 20 times more than its price of 10 sen early this year.

Cost of a dose

In the UK, mass immunisation using the Pfizer vaccine has already got off the ground, and other countries are expected to follow suit to curb the pandemic, which has cost more than a million lives worldwide.

But what does a dose of vaccine cost?

Khairy has rubbished allegations that the Pfizer vaccine costs RM234 a dose, but maintains he cannot disclose the exact price, as the government is bound by a non-disclosure agreement. He says, however, that the cost is significantly lower than RM100 a dose, including the delivery to multiple points of vaccination.

Yong Tai’s Boo says the company’s vaccine will not exceed US$20 (RM80.70) a dose, excluding logistics and distribution costs.

“In any case, we will have a discount [from the vaccine partner] and they allow us to recoup the investment for the trial test.”

Yong Tai will spend RM15 million to RM20 million in the Phase 3 clinical trial to be undertaken in Malaysia.

Solution’s Lim says the company is still in negotiations with its partner, but stresses that the price will be less than US$21 a dose.

As for MyEG, Wong notes that the price of its vaccines will depend on volume, but it will still be competitive.

The company has been engaging with the Ministry of Health and relevant authorities on its planned distribution.

Under the deal with Zhifei, MyEG has the exclusive rights for the distribution of the vaccine in Malaysia for a three-year period.

Zhifei — a subsidiary of Chongqing Zhifei Biological Products Co Ltd, which is listed on the Shenzhen Stock Exchange — is one of five Chinese companies conducting Phase 3 clinical trials. Zhifei has enjoyed a 200% jump in its share price year to date.

MyEG says it will complete local Phase 3 clinical trials under the supervision of Clinical Research Malaysia (CRM) to ensure that the vaccine is safe and meets the efficacy requirements for the country’s population of 33 million.

“We intend to strengthen the competencies of our team by bringing on board, where necessary, people with the right experience, expertise and skill sets along different stages of the journey.

“We are ready to start and are engaging CRM and a clinical research organisation to finalise the timeline.”