Prince gets his US$2 tril Aramco, but victory comes at a cost 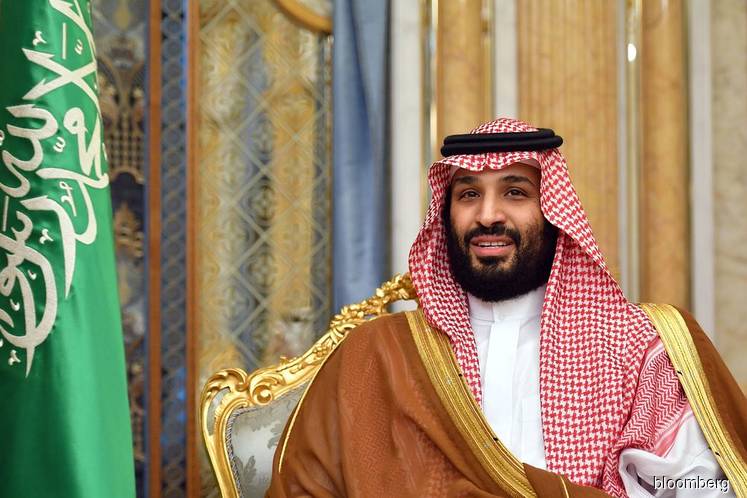 On the second day of trading on Riyadh’s stock exchange, Saudi Aramco surged — briefly — past his target. The valuation had become a matter of pride for Prince Mohammed, and he’s likely to claim victory over skeptical international investors who said the fair value for the world’s largest company is far lower.

“I know he is proud,” his half-brother and oil minister, Prince Abdulaziz bin Salman, said in a TV interview after the shares were successfully allocated last week. “He made us all proud because he took good decisions. These decisions, you have seen it now, have brought us a 4.6 times over-subscription.”

When the international sales effort was ditched back in November, the crown prince, advised by Prince Abdulaziz and Aramco Chairman Yasir Al-Rumayyan, decided to press on without the global fund management industry and use local capital to get as close to US$2 trillion as possible.

Reaching that mark took a major effort. Even before the international part of the share sale was all but abandoned, Aramco promised bumper dividends, minority shareholders were guaranteed payments at the state’s expense, and the company’s tax rates had been cut three times. The measures aimed at enhancing Aramco’s appeal, but as crude fluctuates, they may also undermine the stability of the oil revenues buttressing the kingdom’s economy.

Banks were told to relax lending limits to maximize subscriptions, the richest Saudi families were pressed to make large commitments, retail investors got bonus shares, the governments of neighboring allies Kuwait and the United Arab Emirates were asked to help, and the Saudi state even committed more than US$2 billion of its own money.

The strategy worked, but it stores up potential trouble. Loans backed by Aramco shares are vulnerable to a drop in the share price, and the heavy reliance on local investors means the offering sucked up capital that could have found its way to other parts of the Saudi economy.

It also makes an international listing, a big part of the original plan, more difficult. Global investors already had a chance to invest in Aramco shares at 32 riyals and balked. There’s no reason to think they would change their minds given another opportunity to invest at a still higher valuation on a different exchange.

Aramco shares also look overvalued compared with other securities. At a market capitalization of US$2 trillion, the dividend yield on Aramco shares is just 3.75%, based on the US$75 billion a year in dividends the company has promised investors. That’s the same as the yield on Aramco’s bonds due in 2049 — which entail less capital risk for investors — and below the yield on long-dated Saudi government bonds.

“For investors who have benefited so far, we would take profit here,” analysts at Sanford C. Bernstein Co including Neil Beveridge and Oswald Clint, said in a note on Thursday. “For those who have not, we would wait until a better entry point, which will inevitably come.”