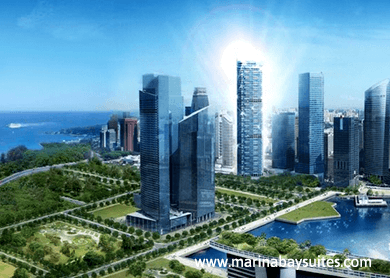 SINGAPORE: The URA (Urban Redevelopment Authority) has released a white site on Central Boulevard at Marina Bay for sale under the Reserve List of the 2H2015 Government Land Sales (GLS) programme. The site, which measures around 11,200 sq m (120,557 sq ft) is located directly behind landmarks such as Lau Pa Sat, Marina Bay Suites, One Raffles Quay and Asia Square.

The white site can potentially be developed into a mixed-use scheme with a gross plot ratio of 13, estimated 375 residential units and 108,000 sq m of commercial space. “The retention of a commercial site at Central Boulevard on the reserve list under the 2H2015 GLS programme is healthy as there is currently no reported new office supply in 2019 and beyond,” says Chua Yang Liang, JLL’s head of research for Singapore and Southeast Asia.

Christine Li, director of research at Cushman & Wakefield, reckons the bid prices for the site (if triggered) are likely to be in the range of S$1,100 (RM3,069) to S$1,300 per sq ft per plot ratio (psf ppr) or an absolute price in the range of S$1.7 billion to S$2 billion. Li sees this bid price supported by Frasers Centrepoint’s bid of S$1,112 psf ppr for the nearby Cecil Street/Telok Ayer Street GLS site in 2013 and Keppel Land’s sale of a one-third stake of Marina Bay Financial Centre Tower 3 to Keppel REIT for S$2,790 psf in 2014.

“Given the significant bid quantum, it is likely that developers will enter into joint ventures or consortiums to raise the financial capital necessary to mount a competitive bid,” reckons Li. “However, the site is unlikely to be triggered in the immediate future.”

She argues that the office market is already “well-supplied” in the short term, with the average annual supply of 1.7 million sq ft of office space from 2014 to 2016. This outstrips the historical 10-year annual average absorption of 1.1 million sq ft. “The growth in demand from tech companies, which had been eyed as a possible replacement driver for central business district space, did not materialise, with tech giants such as Google and Microsoft also contemplating a shift to business parks,” she adds.

While the bump in supply of Grade-A office space may come in 2016 when about 3.5 million sq ft are expected to be completed, including Marina One office towers with a total of 1.88 million sq ft and Tanjong Pagar Centre with 890,000 sq ft, there aren’t any upcoming supply from 2019, notes Desmond Sim, CBRE’s head of research for Singapore and Southeast Asia.

Assuming a mixed-use commercial development takes four to five years to complete — based on the completion period of Marina Bay Financial Centre and Marina One, if the Central Boulevard site is triggered early next year, the earliest the project can be completed will be sometime in 2020 to 2021, reckons Sim. “And there’s no other known supply entering the market then.” He therefore expects the site to be triggered “sooner rather than later. — theedgeproperty.com 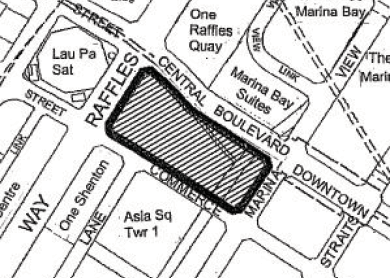