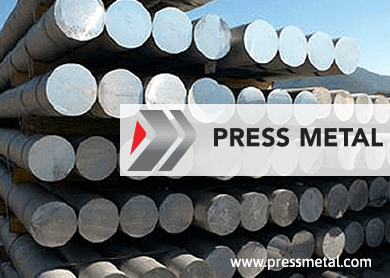 Press Metal Bhd
(March 14, RM2.77)
Upgrade to buy with a higher target price (TP) of RM3.56: After a quiet eight months post the fire incident in May 2015, we think it is time for investors to put Press Metal Bhd back on their radar screens. Aside from the Mukah smelter (phase I) where routine production is ongoing, its Samalaju smelter (phase II) has also returned to full operations in late November 2015 after six months of plant repair and a ramp-up process. The latest addition of its phase III smelter in Samalaju is also starting to ramp up production, and full operation is expected from May. We expect its aluminium smelting capacity to rise to 760,000 tonnes per annum or 1.5% of global primary aluminium production, and sales tonnage to surge 65.7% year-on-year in financial year 2016 (FY16).

Press Metal already runs successful aluminium smelters in Sarawak, which are in the first quartile of the global production cost curve. Its smelters are benefiting from competitive 25-year power purchase agreements, state-of-the-art smelting technology from China that is relatively cheaper, strategic plant locations that reduce its logistics costs and various tax incentives. Our conservative aluminium price assumption of US$1,525 (RM6,265) per tonne for FY16F (forecast) with a 1.5% increase per annum from FY17F  and a US$100 physical premium for standard ingots are both below the present spot market as well as lowest levels, compared with its historical real value (3% inflation-adjusted). Nonetheless, we still expect sharp 39.6% and 25% surges in FY16F and FY17F core profits to RM383 million and RM479 million respectively.

The broad recovery of the commodity market including aluminium prices excites us although we see no urgency to revise our conservative assumption at the moment. Our earnings estimates show that the group is currently trading at an undemanding price-earnings ratio of 8.6 times FY16F and 6.9 times FY17F versus its peers, whose valuations are mostly at high double digits or are projected to incur losses. We continue to value Press Metal based on discounted cash flow  on a fully diluted basis, but lower our discount to 20% from 50% to derive a higher TP of RM3.56 (from RM2.19). With all plants set to take off and its low-cost model remaining intact, we upgrade our recommendation to “buy”. — RHB Research Institute, March 14