Presidents have term limits — why not directors? 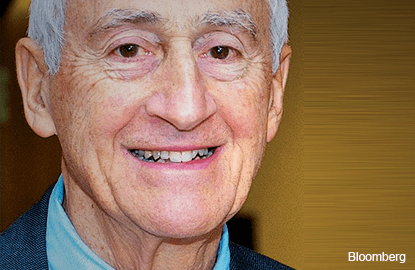 HERE is one way to make sure independent directors are not too reliant on the patronage of management: Make them rich beyond the dreams of avarice.

That seems to be the approach taken by Regeneron, whose chairman Roy Vagelos has amassed a net worth of US$1.3 billion (RM5.54 billion) from pay and options in his 20 years on the board, according to the Bloomberg Billionaires Index. With that sort of cash in his back pocket, Vagelos is unlikely to be beholden to chief executive officer (CEO) Len Schleifer.

Long-time Regeneron shareholders have seen aggregate net income of a rather more modest US$260 million in the 25 years since the company listed, and watched it underperform the Standard & Poor’s (S&P) 500 for two decades before its Eylea macular degeneration drug was approved by US regulators in 2011. (When Vagelos joined the struggling business, he helped develop the idea of trapping and neutralising molecules that might be involved in the disease’s development, a process that fuelled the success of Eylea. The treatment was approved in 2011 and crushed sales estimates.)

With the shares having risen more than 2,000% over the past five years — contributing so much to Vagelos’ current wealth — shareholders are unlikely to be too fussy about the details right now. Still, they would be entitled to wonder if their chairman’s payout is excessive.

The problem with corporate boards is that no one really agrees what they are meant to do. In the United States, many directors fit the role Vagelos has carved out at Regeneron, of wise gray heads who can use their long corporate experience to counsel management. It is not clear why that job description cannot be filled by hiring them as employees or external consultants, but there it is.

Other US companies, and most publicly traded businesses in the United Kingdom and Europe, see non-execs as shareholder guardians, protecting the company’s owners against the tendency of managers to keep all the goodies for themselves. In theory, that is the more appropriate use of their time and expertise. In practice, non-executive directors have a woeful record of exposing malfeasance and standing up for the interests of owners.

Take Enron’s waving through US$77 million of credit lines for chairman and CEO Ken Lay, or the failure of several chief executives and a former Spanish president to uncover and stamp out phone-hacking problems at News Corp’s UK newspapers, which have so far cost the company an aggregate US$520 million. Or take blood-testing company Theranos, whose board of directors and “counsellors” reads like a table setting at a Davos dinner but who failed to ensure its breakthrough finger-prick technology is being used in more than one test out of 200.

Perhaps a better solution would be to take a leaf from the US Constitution — the 27th amendment, to be precise — and impose term limits on non-executive directors.

The difficulty, according to a 2010 paper by two academics at London’s City University, is that the market for non-executive directors “is anything but a normal labour market, with normal supply and demand affecting its remuneration”. Directors’ pay packets are the gift of managers. Standing up for shareholders against management risks losing a comfortable perch and being saddled with a reputation for asking awkward questions.

So if the job market for non-execs does not exist, why not create it? Use stock exchange listing rules to insist that non-executive directors can serve only a single three-year term. Boards complain of a dearth of available talent because so many directors treat their roles as sinecures that can be held for years. Companies in the S&P 500 replace only 7% of their board members each year, and give them an average tenure of 8½ years, according to executive search firm Spencer Stuart. Lift that turnover to the vicinity of 33% and you create a huge pool of talent hunting for a new role.

We could go further: Cap total non-executive compensation at, say, 0.1% of the company’s average net income, and ban them from owning shares or options in the company unless they are awarded or vested at least 12 months after they leave.

That would switch loyalties away from management and toward their reputation as effective directors. The best non-executive directors would hope to move to a company with a bigger net income pool when their term ends. CEOs would lose most of their ability to influence directors through their control of the purse  strings. Stop non-executive directors from owning shares while they are overseeing the business, and you remove the incentive for them to keep quiet about issues that could affect the value of their own holdings, and ensure they are focused on long-term value.

Of course, no amount of corporate governance safeguards can change the fact that well-managed companies in declining industries will struggle to make a decent return, while badly run stocks in growth sectors can provide a bonanza to shareholders. If board compensation was linked to net income, there would need to be a loophole to encourage talented directors to join money-losing companies in need of turnaround expertise.

But if the money paid to CEOs bears absolutely no relationship to the share performance of the companies they run, that is even more the case with non-executive directors. At least shaking up the rules a bit would keep them on their toes. — Bloomberg View