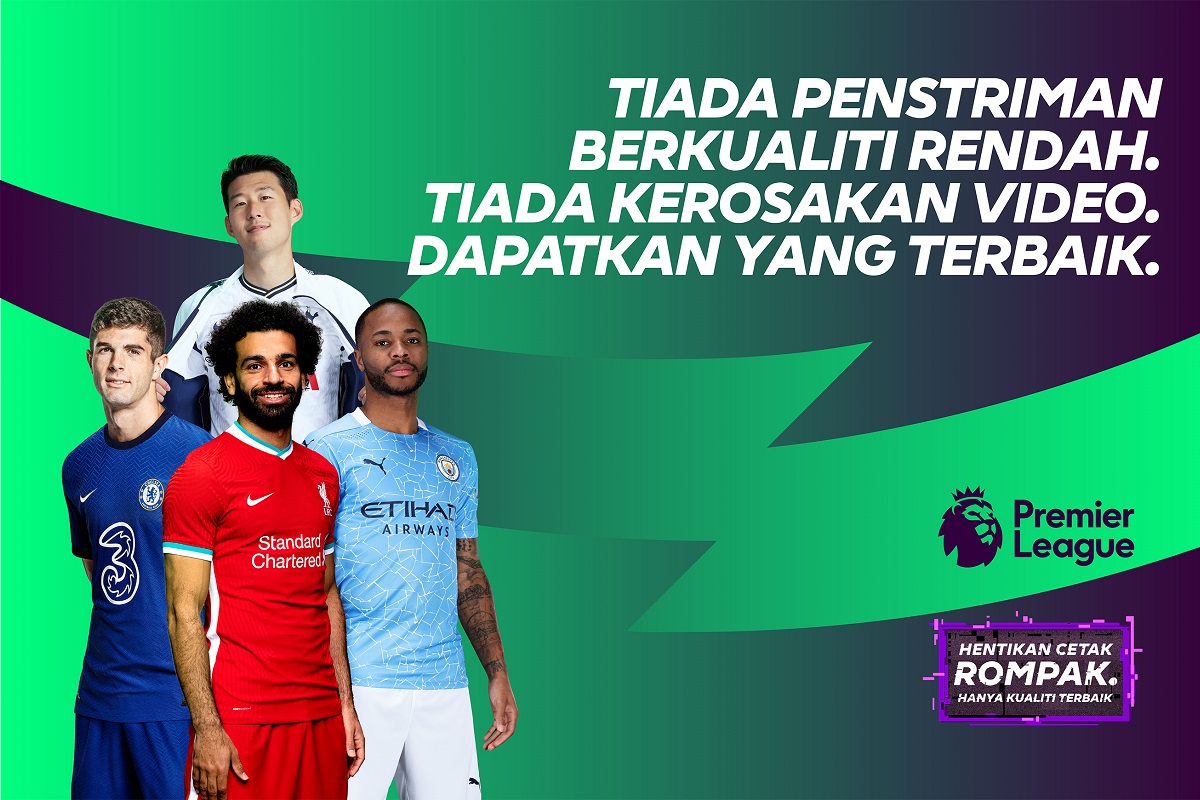 In a statement today, the Premier League said its "Boot Out Piracy" campaign will highlight the dangers illegal streams pose to fans, as well as the poor viewing experience.

It said not only do fans face delays, broken links and pop-up ads, but by accessing illegal streams, they also expose themselves to the threat of malicious malware and ransomware, which often lead to data theft and fraud.

The sporting body said "Boot Out Piracy" will run across digital platforms with campaign imagery featuring some of the Premier League’s top players.

Managers such as Ole Gunnar Solskjaer, Pep Guardiola and Frank Lampard also feature in a campaign that will also launch in Indonesia and Hong Kong ahead of the start of the 2020/21 season.

The Premier League said that according to a nationally representative survey of more than 1,000 people in Malaysia:

“There is a hidden cost to watching football through pirate services, and this campaign reminds fans it is not worth compromising broadcast quality or the risk of becoming a victim of data theft or fraud.

“Football fans in Malaysia are among the world’s most passionate; we want them to watch Premier League action safely and enjoy the best viewing experience via our official broadcast partner channels,” he said.

Meanwhile, Astro Malaysia head of sports Lee Choong Khay said together with the Premier League, Astro is committed to working with the authorities to protect the value of intellectual property by fighting piracy.

“As the official and exclusive broadcaster in Malaysia, Astro is committed to serving sports fans with the best and hassle-free viewing experience.

“Catch every drama and moment. Watch all 380 matches for the 2020/21 season live in HD and streaming on Astro GO, and selected matches in 4K UHD (ultra-high definition) with our new Ultra Box and Astro Broadband,” said Lee.