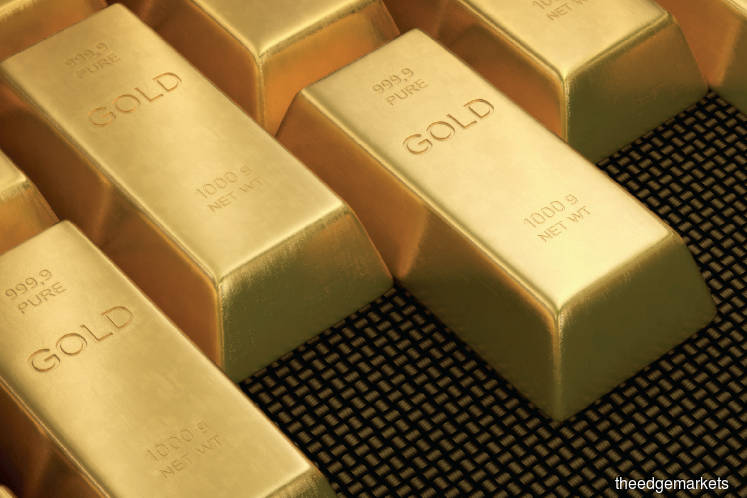 Gold was trading at US$1,720 per troy oz on June 16, but it still has room to rise further when real interest rates — that is, the interest rate minus the inflation rate — drift into negative territory in many parts of the world. The precious metal reached a high of US$1,742 in April.

Ahmad Najib Nazlan, executive director and CEO of Maybank Asset Management Sdn Bhd, says interest rates globally are expected to stay low or fall even further in the years to come as the world economy is expected to recover slowly from the Covid-19 pandemic.

Investors who put their money in fixed deposits and bonds will suffer if the inflation rate starts climbing. “Even modest inflationary pressure could [drive real interest rates into negative territory and] prove painful for savers and bondholders,” he adds.

Gold, a commodity that has proved to be a good hedge against inflation over the long term, would appear to be more attractive to investors in such an environment, says

Ahmad Najib. He adds that investors could be in favour of gold because the opportunity cost of investing in the precious metal has slowly diminished.

“A drawback of investing in gold is that it does not provide investors with any yield. However, the opportunity cost of investing in gold [compared with dividend-yielding stocks and bonds] has been heavily reduced following the recent round of monetary policy easing around the world,” says Ahmad Najib. “The large increase in debt pile in the global economy will likely force major central banks to remain accommodative in the years to come. Interest rates are expected to remain at very low levels for an extended period.”

He adds that the ongoing US-China trade conflict, which can hamper global growth and increase market volatility, is another factor that would drive investors to buy gold. “There are also growing concerns about fiat currencies. The flood of liquidity [on the back of monetary policy easing] is likely to lead to an erosion in their value. Gold should benefit from a global depreciation of fiat currencies.”

These are the reasons Maybank Asset Management has introduced the MAMG Gold Fund. It is a feeder fund that invests in the Pictet CH Precious Metal Fund. The target fund is domiciled in Switzerland and managed by Pictet Asset Management SA.

The MAMG Gold Fund is a wholesale fund eligible to investors whose net assets exceed RM3 million or have a gross annual income of more than RM300,000. The minimum investment amount is RM5,000 or US$5,000, with a minimum additional investment amount of RM1,000 or US$1,000. There is a sales charge of up to 3% and an annual management fee of up to 0.62%.

It is noteworthy that the target fund invests mainly in physical gold rather than stocks of gold-mining companies. Ahmad Najib says such a “pure play” is a better way of investing in the precious metal.

He points out that investing in gold mining companies could entail additional risk, including operational risk such as where a company spends millions of dollars to finance new mines only to find them uneconomical as they contain too little of the yellow metal.

Investors would also be exposed to credit risk when mining companies incur huge capital expenditure and take on large borrowings that can exacerbate the harmful effect of mismanagement, says Ahmad Najib.

“The past decade has shown that gold mining stocks have been far more volatile than gold prices. From 2011 to 2018, these stocks fell twice as much as gold on a percentage basis,” he points out.

“Also, when gold industry assets are sold at low prices, these companies may not be able to secure financing [to take advantage of the situation] as they must continually replenish their resources by finding new mineral deposits.”