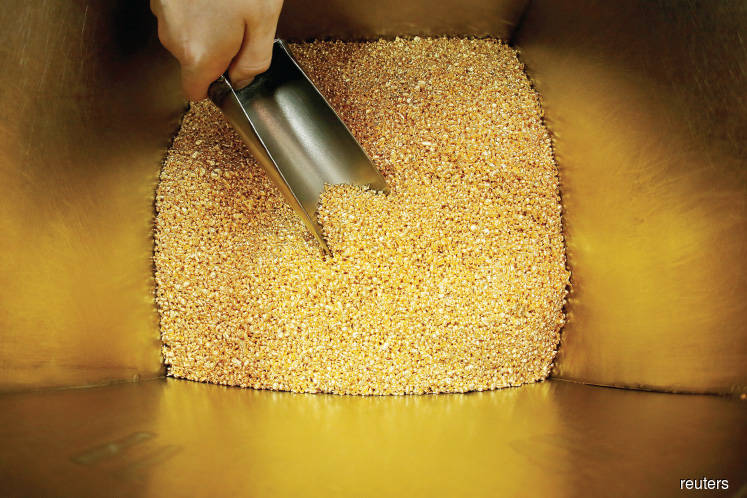 Granules of 99.99% pure gold being packed at the Krastsvetmet non-ferrous metals plant, one of the world's largest producers in the precious metals industry, in the Siberian city of Krasnoyarsk, Russia Gold is still popular among retail investors, especially in volatile market conditions, according to the World Gold Council’s Retail Gold Insights 2019. The Nov 12 report says the precious metal is the third most consistently bought financial product at 46%, behind savings accounts (78%) and life insurance (54%).

“Among retail investors, gold purchases are more often made when they need confidence in an asset that will protect their wealth from heightened financial market uncertainty. Indeed, in the past 12 months, 44% of all gold investments were made in response to a changing and challenging risk environment,” it adds.

“One of the gold industry’s greatest strengths is that its many and varying investment products are a key driver of consumer confidence. More is better. The choice available to investors presents a unique opportunity to drive gold into different demand spaces.”

The report cites the example of gold-backed exchange-traded funds (ETFs), which enable frictionless trading and benefit from financial adviser endorsements. Physical gold, such as bars and coins, is also perceived as prestigious investments that can be bought and sold easily.

According to the report, 64% of those who previously invested in gold said they would definitely purchase the product again in the future. “So, driving penetration should deliver repeat purchases. Gold buyers tend to be highly engaged and more likely to buy other gold products, presenting a major opportunity for cross-selling. Confidence in one product can be replicated in another, boosting overall customer loyalty,” it adds.

However, the industry lags far behind others in its adoption and use of technology, says the report. Although many investment products are easily accessible online, consumer perception is that gold transactions tend to require in-person or phone involvement.

“All of this may, in some cases, amount to an unfair label. After all, technology has enabled a huge number of people to buy and trade in gold investment products. Nevertheless, there remains an extraordinary opportunity for those working in the industry to grow their markets through technology,” it adds.

To further support this, the report points out that 40% of retail investors cited ease of purchase as a key requirement when buying gold bars, coins and jewellery. However, globally, retail investors only bought 9% of gold coins and 6% of jewellery online, compared with 25% of gold-backed ETFs.

While people have confidence in gold at a broad level, some areas in the industry have fostered mistrust. The report says 48% of all investors who were considering investing in gold cited a lack of trust as a reason for not buying into the instrument.

“Security is a dominant driver for people who buy gold. The majority of those surveyed believe gold will hold its value over the long term and trust it more than national currencies. But there is a noteworthy proportion of potential gold buyers who do not feel secure with gold products or retailers,” it adds.

The report says more than a quarter of those who had never invested in gold but were considering doing so, were worried about buying fake or counterfeit products. They were also worried about the actual purity of the precious metal, which eroded trust in the product.

“New potential purchasers can find engaging with the gold industry quite daunting. A first-time buyer may lack knowledge and experience, which makes them feel nervous — a huge barrier when it comes to building trust,” says the report.

“Gold’s uniqueness as a product is well understood around the world. But we sometimes ignore perceptions of trustworthiness in both the product and the industry. Familiarity with gold is one thing, but is there sufficiently strong trust in gold products and retailers to drive an investment decision? Our data indicate that, for a large group of people, there is not.”

Gen Y and Z also have an eye for gold

People often say the younger generation is unenthused by gold investment products. However, the report debunks this perception, saying that the attitude of Generations Y and Z towards gold is not significantly different from that of the older generation.

The report notes that the younger generation is just as interested in gold as their parents and grandparents and view it as a highly attractive investment. According to the World Gold Council’s findings, 62% of Gen Y (aged 25 to 34) and 56% of Gen Z (aged 18 to 24) trust gold more than fiat currencies. To them, the precious metal is not an either/or predicament but an investment of a different value, both in financial and emotional terms.

“When it comes to jewellery, there is little difference between millennials and the older generation. Their intentions to buy gold jewellery over the next 12 months are fairly similar. The real difference is the type of gold jewellery bought,” says the report.

“In the US and China, millennials are more likely to buy white or rose gold. This contrasts with those in India, whose tastes are more consistent across the generations.”

According to the report, the most significant generational difference is that Gen Z have bought and plan to buy less gold jewellery than their parents. The most striking market is China, where the generation’s relationship with gold seems particularly weak, with a sharp drop-off in gold jewellery purchases among the 18 to 22 age group.