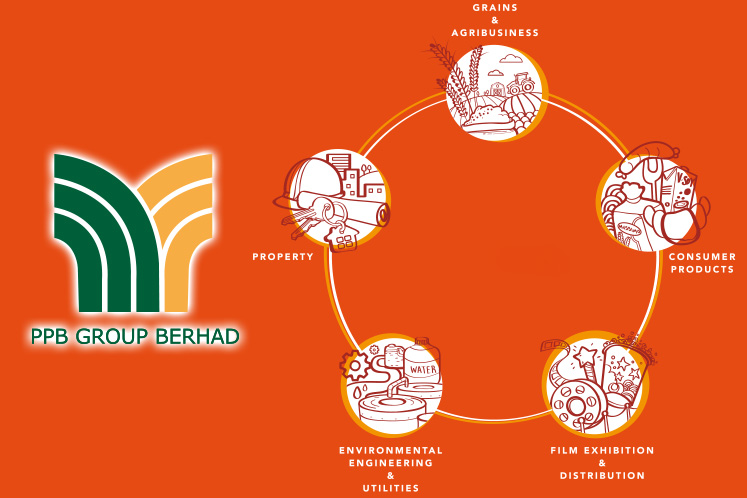 This brings its earnings per share down to 11.25 sen, from 21.4 sen in 2QFY18 despite a 6.5% growth in quarterly revenue to RM1.15 billion from RM1.08 billion in the previous corresponding quarter.

The group declared an interim dividend of eight sen per share, payable on Oct 2.

In its filing, PPB said Wilmar contributed RM117 million in profit during the quarter under review, down from RM230 million in 2QFY18.

Its grains and agribusiness segment revenue increased by 11% to RM809 million, but profit came in lower at RM25 million compared with RM66 million in 2QFY18, due mainly to higher raw material costs.

Revenue at its consumer products segment remained stable at RM167 million during the quarter under review, but profit fell to RM1 million from RM4 million a year ago, resulting from lower sales of in-house products and higher operating costs at the bakery division.

Meanwhile, its film exhibition and distribution segment was better performing. The segment recorded a 15% jump in quarterly revenue to RM146 million, while profit soared 45% to RM21 million, helped by blockbusters and theatrical distribution of local titles.

Lower earnings were seen at its environmental engineering and utilities segment as several new projects are at the initial stage of implementation, whereas its property segment was less profitable after excluding a one-off gain from the sale of land and building, as a result of lower contribution from mall operations and lower property development earnings.