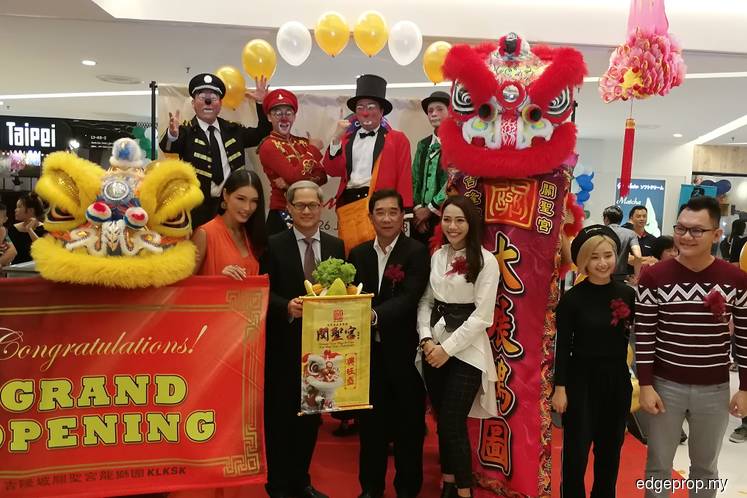 With built-ups from 768 sq ft, the condominiums will be priced from RM890 psf onwards, he added.

“The site is one of the very few freehold lands in PJ. The 228 condos will be sitting on the retail centre, which will complement the commercial lots around the area,” he said.

Megah Rise is set to be unveiled in March after it has secured bookings for 40% to 50% of the condo units following a soft launch in November last year.

It will be the only residential project for PPB Group this year.

The company owns two more parcels of land in Penang Island — one at Fettes Park and another at the New World Park hawker centre — with a combined area of 10 acres, noted Chew.

For the Fettes Park land, there is an affordable housing project within a normal development as required by the Penang state government.

The project is still in the midst of acquiring approvals from the state government.

The New World Park site, on the other land, is intended for a mixed development comprising residential houses, retail centre and hotel, but the project has been put on hold due to the current market condition.

“We are looking for land to undertake affordable housing as well as other types of development because we do not have much land,” he said.

Currently, the company is in talks with various parties for landbanking or joint ventures to undertake various types of development, including affordable housing project.

On the retail front, PPB Group has an upcoming retail centre called The Linc at the intersection of Jalan Ampang and Jalan Tun Razak.

It is opposite the Intermark Mall and will come up on the former site of the British High Commission, next to the BMW Service Centre Kuala Lumpur.

“Currently, The Linc is under construction and is expected to open in 3Q18. It has a net leasable area of about 130,000 sq ft and we expect a 70% to 80% occupancy rate upon opening. We will cater for the community there by creating a lot of exciting events and the retail centre will be a reasonably-priced place for both locals and expatriates,” he said.