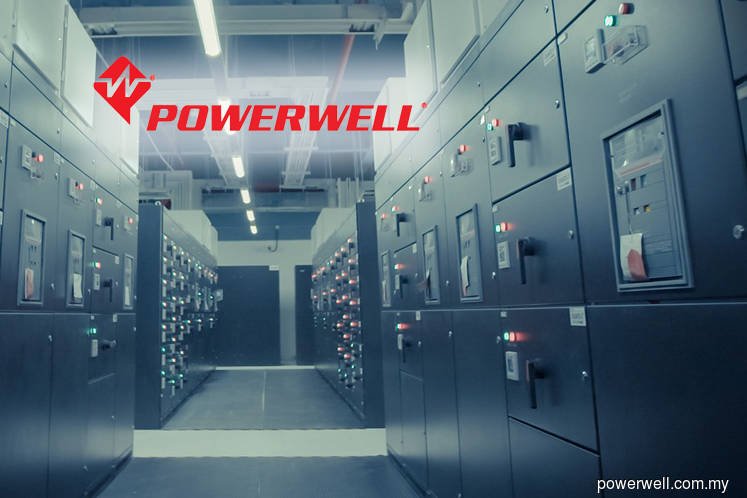 KUALA LUMPUR (Jan 23): Investors continued to snap up shares in newly-listed Powerwell Holdings Bhd today, as the stock rose another three sen or 10.5% on heavy volume.

At 3.28pm, the stock was traded at 39.5 sen — still up one sen or 3.5% — valuing the ACE Market-listed electricity distribution product manufacturer at RM171.26 million.

Trading volume totalled 118.47 million at the time of writing, accounting for nearly 7% of the total turnover on the local bourse. It was also the most actively traded stock on Bursa Malaysia, which is currently seeing more decliners than gainers.

Powerwell made a strong debut yesterday amidst muted market sentiments, as its share price surged as much as a fifth to 30 sen intra-day after opening half a sen or 2% higher.

The counter ended the day at 28.5 sen for a 14% premium over its 25 sen offer price. Some 304 million shares were traded, making it the most actively traded stock.

At a press conference after the listing ceremony, Powerwell executive director Ricky Lee said the company foresees a pickup in construction activities and was "quite positive for this year", given the revival or review of a number of megaprojects, including Bandar Malaysia, East Coast Rail Link and Mass Rapid Transit Line 3 (MRT3).

According to Lee, Powerwell is now tendering for the Light Rail Transit Line 3 (LRT3) and MRT2 underground station contracts.