Power of the Dewan Rakyat Speaker 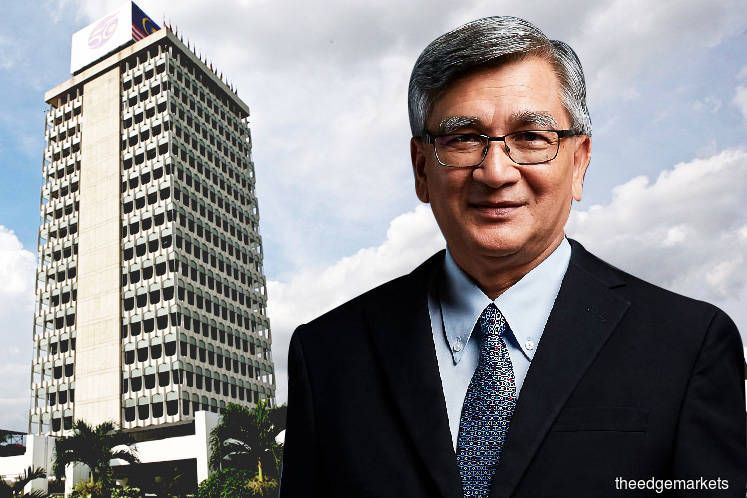 A political storm is brewing again in our country. In the past few days, we have read news about the upcoming Parliament sitting and the various motions put forward by a few MPs. The Dewan Rakyat Speaker, Mohamad Ariff Mohd Yusof, has been in the spotlight for accepting and rejecting those motions.

Do you know how does the Dewan choose its Speaker? What are the roles and power of the Speaker? Does he have the power to reject a motion or stop media from entering the Parliament?

Role of the Speaker
As a ceremonial role, the Dewan Rakyat Speaker acts as the Head of the Parliament. He is the Administrative Head of Parliament and the Presiding Officer or the Chair of the Dewan. Within the Dewan, the Speaker ensures that the debate of the motions are carried out in compliance with the Standing Orders. The Speaker is empowered by Standing Order 44 to suspend any members whose conduct is “disorderly” or who act in the contempt of the Dewan.

Speaker’s power to accept and reject the motions
The Batu Sapi MP, Liew Vui Keong has put forward four motions under Standing Order 18. Standing Order 18 allows MPs to submit motion for matter of urgent public importance. However, the Speaker has power to reject such motion to be debated if he is of the view that the matter is not definite, urgent nor of public importance. The motion which has been rejected for this reason cannot be reintroduced in the same meeting.

The four motions submitted by Liew are:

The Speaker in the press release dated 8th May 2020 confirms that only part of Liew’s motions have been accepted and will be moved in the upcoming Parliament sitting. The Speaker further explains that he has rejected some of the motions because they are not urgent in nature. The other motions are accepted because of their importance to the public and need to be moved urgently.

On the other hand, Standing Order 27(3) requires such notice to be given not less than 14 days before the Parliament sitting convenes.

(3) Except as provided in Standing Order 43 and in paragraph (5) of Standing Order 86 and 26(1), not less than fourteen days' notice of any motion shall be given unless it is in the name of a Minister, in which case seven days' notice or, if Tuan Yang di-Pertua is satisfied upon representation to him by a Minister that the public interest requires that a motion should be debated as soon as possible, one day's notice shall be sufficient.

Shafie Apdal further explains that the motion is moved with no intention to diminish the constitutional authority of the Yang di-Pertuan Agong to appoint a Prime Minister pursuant to Article 43 of the Federal Constitution. The motion is said to be moved through Parliament to reveal the matter to the rakyat and to inform the Yang di-Pertuan Agung/Palace of who commands the confidence of the Dewan.

The motion is rejected by the Speaker on the ground that it contravenes Article 43 of the Federal Constitution. Article 43(2)(a) gives the prerogative to the Yang di-Pertuan Agung to appoint a member of the Dewan Rakyat “who in his judgment is likely to command the confidence of the majority of the members of the Dewan” as Prime Minister.

The Langkawi MP who is also the former Prime Minister, Mahathir Mohamad intends to move a motion under Standing Order 4 to maintain Mohamad Ariff Mohd Yusof as the Speaker until the dissolution of the Parliament. He has also submits a motion of no confidence against Muhyddin Yasin.

The Speaker has rejected the motion to preserve his speakership on the ground that it does not comply with the Standing order. Nevertheless, Mahathir’s second motion is accepted by the Speaker.

What happens if the motion is tabled in the upcoming Parliament sitting?
The motions accepted by the Speaker will appear in the Order Paper and will be debated in Parliament. Standing Order 33 allows a motion which has been moved to be debated. After the debate, such motion will be put to a vote according to Standing Order 45. MPs who are absent from the Dewan are not allowed to vote. The above Liew’s and Mahathir’s motions will carry if a simple majority of the MPs vote in favour of the motions pursuant to Article 62(3) of the Federal Constitution.

However, it is uncertain of their motions will be debated in the upcoming Parliament sitting. This is because the sitting of the Dewan ends at 5:30pm with the Speaker’s discretion to extend 15 minutes before the Dewan is adjourned. Standing Order 15(1) states that government business shall take precedence over private members business. Hence, the motions put forward by the MPs may not be prioritised in the upcoming sitting.  With the limited time on 18th May, it is unlikely that the one-day session will be extended to midnight (as we have seen in the past sittings) due to Ramadan month.

Can the Speaker vote on the motions?
A speaker can only cast his vote whenever necessary to avoid an equality of votes if he is an MP. However, Mohamad Ariff Mohd Yusof is not an elected MP. Hence, he has no voting power in the Dewan.

Can the Speaker stop the press from entering the Parliament?
Pursuant to Standing Order 94, the Speaker has the discretion to allow “representative of any journal” to attend the Parliament sittings. However, such permission may be revoked if any rules in place are breached.

Nonetheless, the Standing Order does not differentiate government owned media and private media. It is reported that the Speaker will not allow media other than RTM and Bernama to attend the upcoming sitting due to the COVID-19 pandemic. No further reason is given for his decision but he notes that the session will be telecast live.

The Centre for Independent Journalism (CIJ) and Gerakan Media Merdeka (Geramm) have criticised such prohibition as an infringement of freedom of press.

Although the Speaker has acted well within his power, the author echoes the stance taken by CIJ and Geramm. Such prohibition is unnecessary and may lead to biased reporting. As the fourth estate, media plays a pertinent role as the watchdog in our country’s democracy. They are the bridge between the rakyat and the Parliament. They need access to Parliament to obtain the firsthand information within the Dewan and outside the Dewan. We know there are also more than what we see on the live telecast. Reporting the Parliament sitting based on the live telecast deprives the journalist the opportunity to verify the news from the MPs.

Barring private media from accessing the Parliament is nothing but for a knee-jerk reaction. After all, journalists from all sectors have been attending press conferences by various ministries since the implementation of the MCO. They have been complying the SOPs while carrying their duty.

Conclusion
As a former judge Mohamad Ariff Mohd Yusof has always been a strong defender of the Federal Constitution. We remain hopeful that the Speaker will facilitate the resolution of the constitutional crisis with rule of law.