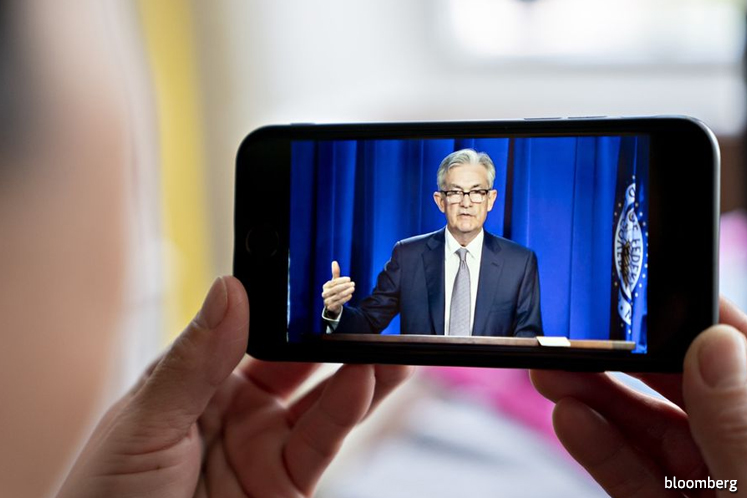 (June 30): Federal Reserve Chair Jerome Powell stressed the importance of keeping the coronavirus contagion contained as the U.S. economy bounces back from its deepest contraction in decades.

”We have entered an important new phase and have done so sooner than expected,” Powell said in remarks prepared for testimony before the House Financial Services Committee on Tuesday with U.S. Treasury Secretary Steven Mnuchin. “While this bounceback in economic activity is welcome, it also presents new challenges -- notably, the need to keep the virus in check.”

The Fed released the text of his remarks on Monday afternoon.

The Fed and Treasury have worked together to launch nine emergency lending programs aimed at providing backstop credit to everything from municipalities to medium-sized businesses. Those actions helped lower borrowing costs and keep the financial system liquid in a time of stress, while propelling the stock market higher. The Standard and Poor’s 500 stock index is up about 36% from its March lows.
Fiscal Support

In addition to monetary stimulus, U.S. lawmakers have also approved almost $3 trillion in taxpayer support including direct assistance to small businesses and enhanced unemployment insurance for the many millions of workers who’ve lost jobs since the virus struck.

House Democrats are likely to question Powell and Mnuchin on ways to find more aid for state and local governments and how to more strongly tie government support to jobs. Dozens of corporations that raise funds in financial markets have benefited from the Fed programs even though they didn’t ask the Fed for a loan. Meanwhile, many are also determining that they will need less staffing for the near future, and are firing workers.

Congressional Republicans have delayed any talks on additional stimulus for a month and half in the hopes that an improving economy would lessen the need for more deficit spending.

Still, economists caution that a long period of labor re-allocation -- where workers in an industry directly impacted by the virus such as lodging have to find new skills and jobs in other industries -- risks keeping unemployment high for years.

The Labor Department will release jobs data for June on Thursday. Forecasters surveyed by Bloomberg see the unemployment rate dropping to 12.5% compared with 13.3% for May.
‘Extraordinarily Uncertain’

The Fed chair in his remarks struck an optimistic note on what he is seeing as economic activity resumes. Hiring is picking up, he noted, and spending is increasing, though he cautioned that 20 million Americans have lost their jobs.

“The path forward for the economy is extraordinarily uncertain and will depend in large part on our success in containing the virus,” he said. “A full recovery is unlikely until people are confident that it is safe to re-engage in a broad range of activities.”

As he has in recent appearances, Powell also warned against pulling back on any form of stimulus too soon.

“The path forward will also depend on the policy actions taken at all levels of government to provide relief and to support the recovery for as long as needed,” he said.